The End Of The Ages Explained

(A Companion Book to Revelation Explained) 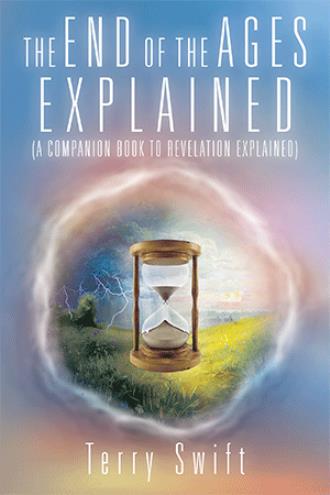 The subject matter of 2 Peter 3 is highly disagreed upon and misunderstood. The reason it can be such a hot bed of discussion is not simple. The common man, the scholar, the observer, all wrestle with the passage and try to be true to what they read. The difficulty lies beyond just English translations. The translations use different Greek texts. Some translations use the oldest Greek texts (before the 500’s A.D.), the Septuagint (O.T.), and the earliest writings of the Apostolic Fathers. Other translations follow later Greek texts that were copies written starting about in the 500’s A.D. Depending on the Greek texts the translators use, the ideas from the texts in 2 Peter 3 are very different. They represent two world views of the “end time”, as some call it (which is what they believe is equivalent to the “end of the ages.”) The difficulty of 2 Peter 3 starts with the different Greek texts that are used, but the problems do not end there. Many of the words in the Greek, if translated literally, make the understanding of what it means obscure. Some translators even believe the literal translation of the earliest Greek texts (as in 2 Pet.3:10) makes little sense. Bruce Metzger, in his book - “A Textual Commentary on the Greek New Testament” said – “In view of the difficulty of extracting any acceptable sense from the passage, it is not strange that copyists and translators introduced a variety of modifications.” (“A Textual Commentary on the Greek New Testament, 3rd ed., C1971, p.706). Translators wrestle with what the Greek text is talking about. They are scholars of the Greek language, but scholars can believe very differently about what the Bible teaches. Their beliefs certainly effect their understanding of what they are translating. Because of that, many translators, especially in 2 Peter 3, do not translate the Greek literally, according to what the basic word or words mean. They try to pick words that suggest the meaning of the text according to their understanding. In other words, we could say, they get into “interpretive translating”. We should be aware, with the wide variation in the words used to translate concepts, it can color our understanding too. In many places, words are translated which suggest very different interpretations of the text. We must go back to the original and do some investigating of our own. It is good to explore the process of translating at this point to demonstrate how many ideas, in addition to the original text, are introduced. Bruce Metzger, in his book, “The Bible in Translation” on page 75, gives some examples of how confusion of the original meaning is introduced by translators. In his chapter on the making of the King James Version of the Bible, Bruce gives examples of such confusion. The KJV version translated the Greek word “katargeo” with 18 different English words of the 27 times it appears in the New Testament. Again, in the Old Testament, the KJV uses the one English word “destroy” to translate 49 different Hebrew words. Awareness of the different Greek texts that are used, the differences in the way translators would translate their texts, and even our own understanding of the teachings of the Bible is important. All of this should cause us to be very cautious and thorough in our seeking the true meaning of what Peter is talking about. I have tried to present many of the various things to consider about the text of 2 Peter 3, and about the teaching of the Bible, that would agree or disagree with our understanding. The study of 2 Peter 3 is very difficult, probably the most difficult passage in the New Testament for all the reasons I have given. Presenting the problems and explaining it is no less difficult. There is so much information, it can become difficult to hold clearly in mind. Above all, pray for understanding from the Holy Spirit, who gives understanding to all believers who ask. A word of caution. Although I believe the Bible contains absolute truth, our understanding of 2 Peter 3 should not become a heated debate (which is contrary to the spirit of Christ). We should not try to Lord it over someone’s faith. This is not a salvation issue. This is a growth in understanding issue. We are a family in Christ and members of one another. May we try to understand the passage and apply Phil.3:12-16. Especially verses 15-16 – “All of us who are mature should take such a view of things. And if on some point you think differently, that too God will make clear to you. Only let us live up to what we have already obtained.” Because the choice of the Greek texts used is so critical to our view and understanding of 2 Peter 3 – I believe we must first address this problem. Let’s start with our understanding the problem from a view of time. When the KJV was translated in 1611, the 50 men who translated it did not have access to the earliest Greek manuscripts that translators do today. The KJV relied basically upon the Greek text of Erasmus, a late and corrupted Greek text existing in the 1500’s. The KJ Bible translators did not have access to the major Greek codices of the Bible of the 4th and 5th centuries, namely the 1. Codex Sinaiticus, 2. Codex Alexandrinus, 3. Codex Vaticanus, 4. Codex Ephraemi Rescriptus. They did not have access to the manuscripts from the Dead Sea Scrolls. The first of the scrolls were discovered at Qumran in 1947. They did not have access to the manuscripts, nor the advanced tools that translators have today. The KJ bible translation, and even the translation of 1901, The American Standard Version, had not been able to translate from the oldest Greek texts. Both the KJV and the ASV translate 2 Peter 3:10 as - that the earth and everything in it “will be burned up”. That translation represented a translation of the Greek word “katakaesontai”, a corruption of the Greek text available to them in their time. 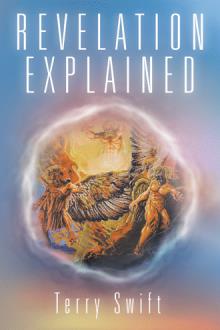 The author of “Revelation Explained” has written a new book. The new book is a companion book to his first book. His first book, “Revelation Explained” was a verse by - verse commentary of the Book of Revelation. His second book started as the original research that the author, Terry, used to understand what the New Testament taught about that mysterious book of Revelation. Then Terry wrote “Revelation Explained.” This second book, “The End of the Ages Explained” has 26 chapters covering 26 different topics that relate to things in Revelation. This book grew into an in-depth study and explanation of things we often hear about Revelation. These topics are often tossed around in conversations in our world today. Imagine, a book in which you can read an in-depth study of topics such as, Armageddon, Gog and Magog, the thousand years reign, the second coming of Christ, the judgment, the resurrection, Israel, 2 Pet 3, the end of the ages, and many more such topics. Can one really understand what he is reading in Revelation? Can the things that are mentioned in visions make sense? Is an understanding of Revelation attainable? The answer is yes. The parts of scripture all fit together perfectly. Can you know it? Yes. God can help you. Terry has tried to help by taking each topic and carefully explaining scripture with scripture. He goes into in - depth explanations of the various topics. This book is not an easy chair read. It is intended for those who study diligently and want to know truly – what God has meant by what he has revealed. What is the reward? More than anything, it is to "understand God" and to see with spiritual eyes the wonderful grandeur of the completion of God's plan in Christ Jesus. The end blessing is truly spiritually awesome, fantastic and amazing beyond man’s capability and imagination. But our wonderful God has indeed revealed himself to us. This new book, “The End of the Ages Explained” is well worth the read; every page is helpful. It is good for pastors, seminary students, elders, leaders, and every Christian. It will challenge everyone who reads it and can offer many insights into scripture. The goal of the author has always been – “to understand what one is reading”. The wise man Solomon emphasized getting understanding to his son in Proverbs. There he said – “Trust in the Lord with all you heart and lean not on your own understanding; In all your ways acknowledge him, and he will make your paths straight.” Prov.3:5-6, (NIV). May your understanding greatly increase when you read this book, and seek to know God better.

Terry L. Swift is 69 years old. He lives in San Marcos Texas with his special and wonderful wife Kathy. Both he and his wife are RN’s and have been practicing in the medical field taking care of patients for over 30 years. They have 3 grown children: Jeremy, Libby, and Becky and each of them are married with wonderful spouses. Terry and Kathy have seven wonderful grandchildren.