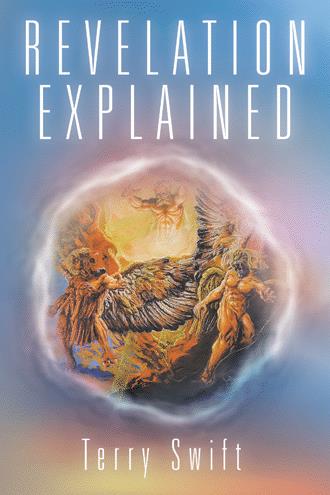 It is very important to know of the prophecies that were to be fulfilled within the time of the generation of Jesus. A generation would be the average lifetime of a person. The Bible tells us that average is threescore and ten years, or 70 years. Those who lived in the generation of Jesus were to see “all things come together” and be fulfilled. Jesus predicts four of those major prophecies. I think it very important to refer to those prophecies here. They were to be fulfilled in the Revelation. 1. The first prophecy – the destruction of Jerusalem. Jesus predicted the destruction of Jerusalem in Matt.24; mk.13; and Lk.21. The destruction was to be fulfilled before his generation would pass away, Mt.24:34. 2. The second prophecy – Jesus’ second coming. Tied to the time of the destruction of Jerusalem, at the end of that destruction Jesus was to come back. Mt. 24:29-30 speaks of the signs in the heavens and says, “Immediately after the distress of those days (the destruction of Jerusalem) the sun will be darkened… and so forth. Then in verse 30 he says, “At that time” the sign of the Son of Man will appear in the sky….” Jesus was to come “at that time,” - while there were signs in the heavens following the distress of the destruction of Jerusalem. Jesus had predicted several times he was coming back in their lifetime. There are about 35 scriptures in which Jesus tells us he would return in his generation. Mt.10:23 “I tell you the truth, you will not finish going through the cities of Israel before the Son of Man comes.” Mt.16:27-28 “For the Son of Man is going to come in his Father’s glory with his angels, and then he will reward each person according to what he has done. I tell you the truth, some of you who are standing here will not taste death before they see the Son of Man coming in his kingdom.” Mt.26:64 “But I say to all of you, In the future you will see the Son of Man sitting at the right hand of the mighty one, and coming on the clouds of the heaven.” Jn.21:22-23 “If I want him (John) to remain alive until I return, what is that to you. Jesus was saying John would still be alive when he (Jesus) returned. 1 Thess.4:15-16 “According to the Lord’s own word, we tell you that we who are still alive; who are left to the coming of the Lord, will certainly not precede those who have fallen asleep. (Why? Each would be raised in his own turn, 1 Cor.15:23. Paul verified Jesus ‘teaching – some of them would still be alive when Jesus returned. (see Appendix: Coming od Jesus). 3. The third prophecy – Judgment in Jesus’ generation. Jn. 5:28-29 speaks of “A time is coming and has now come” in which the dead would be raisedl” The appointed time period (generation) had arrived in which the resurrection was to take place and “those who have done evil will rise to be condemned.” Jesus spoke many parables to tell us of the judgment that was to take place in his generation. Acts 24:15 speaks of there “about to be” (Greek – Mellein ) “the resurrection of both the righteous and the wicked.” 2 Tim.4:1 “who is ‘about to ’ (Greek - mellontos) judge the living and the dead.” 4. The fourth prophecy – the resurrection. ` Jn.5:25-29 we have looked at. Jesus said the “time is coming and has now come.” They were in that generation in which the resurrection would occur. Many prophecies in the Old and New Testament; and the completion all prophecies were fulfilled in the time of the book of Revelation. 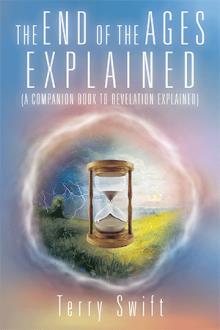 The End Of The Ages Explained
Terry Swift
$24.99

The book of Revelation is meant to be understood or revealed. The word revelation means to reveal, to uncover. But it cannot be understood by a man without the indwelling Spirit. The Holy Spirit gives keys to understanding the book both in Revelation and in other teachings of scripture. The Spirit lets us know when the book was written - by facts presented in the book. That is important in discovering when the fulfillment of the book took place. The Spirit also tells us the Revelation was of things that “must soon take place.” This phrase governs our understanding in the fulfillment of the whole Revelation. Again, the teaching of prophecies were all to be fulfilled within the “generation of Jesus”. These prophecies were to and “must soon take place” in the book. There are seven keys I have followed in understanding the book of Revelation. You can understand the book of revelation also by following the keys the Spirit has left for us. God blesses us in multiple ways in opening His book - the Revelation. May he bless you fully in that effort through his Spirit. May you come to understand his Revelation.

Terry L. Swift lives in San Marcos Texas with his wife of 45 years, Kathy Swift. She and Terry are RN’s and have been caring for people for over 30 years as nurses. They have three grown children living in San Marcos, Chile, and Wyoming. They have seven grandchildren, the crown and blessing of old age.