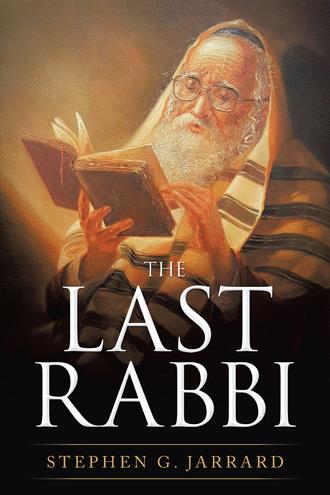 As if saving the best for last, Vespasian read the third report. "Long live the emperor and General Vespasian. One rabbi, named Yochanan Ben Zakkai, is calling for the city to surrender and lay down their arms. His voice is heard all over the city as he is an influential teacher from among those who live and work within the city. He is a man of 'Peace'." "At last, some good news," said Titus as he glanced at his father to see if he was in agreement. "Yes indeed, son. Pray to the gods that the Jewish people listen to him so we can finish this campaign and return home for a ceremony and some long overdue rest. Let's turn in now and await the morrow." After only about three hours of sleep, the sentry outside Vespasian's tent cleared his throat and said, "General, we have part of a centurie (about forty men) from the front lines asking for your audience, Sir. You need to see this, Sir." Being curious as to why his sleep would be disturbed, the general rose, grabbing his robe and sword. Stepping out of his tent, to his great astonishment he beheld two Jewish rabbis holding a coffin and surrounded by forty men. Seeing that the rabbis were struggling under its weight, the general ordered them to set it down. "General Vespasian, my name is Eliezer ben Hyracanus and this is my fellow student, Joshua ben Hananiah. We bring you important news from our Rabbi, Yochanan ben Zakkai from his own mouth." The general's eyes refocused into the crowd of legionnaires but he saw no one else within the group. "From where does he speak?" asked Vespasian. Suddenly, the coffin lid was pushed aside from within. With one motion, a loud clatter of steel was heard as each soldier drew his sword and raised his shield. The guards surrounded Vespasian while the rest were poised to attack. But to everyone's surprise, an elderly rabbi, prayer shawl draped over his head and shoulders, slowly raised himself up out of his would-be death chamber. He shouted a hearty greeting of "Shalom, are you the great General Vespasian?" With a broad smile, as if to say, "You got me", Vespasian responded, "Are you the great Rabbi Yochanan bed Zakkai?" The one-hundred-year-old rabbi smiled, pleased that he had feigned his death and escaped the city to try to broker a peace deal with the general by playing "possum". Ever the gentleman, the rabbi bowed saying, "At your service, General. I have a prophetic word for you, but I have disturbed your sleep and would tell you of my vision in the morning if it pleases you, General." At this revelation, the general was wide awake and ordered his cook to fix some tea and vittles, enough for all the guests. "Titus, will you join us?" "Yes, father," replied Titus as he pulled some benches forward. General Vespasian turned to his son and said, "Release the guards, with my thanks, back to the front. Leave two extra guards nearby for security. Oh, and have an extra tent and bed rolls set up for our guests." After the first cup of tea was finished, the rabbi cleared his throat and began to tell his story. "It was shown me in a night vision three nights ago that our rebellious brethren would soon lose this war along with Jerusalem and the Temple, to you and your armies. It was shown to me that one third would die to the sword, one third would die of starvation and the last third would be enslaved and scattered to the four winds. I believe that Hashem gave me this vision of Israel's future and I took it to mean that I should try to broker a peace if possible before the attack takes place. Hence, I hatched this plan to feign my own death to escape the fortified city. And here I am." Vespasian thought for several minutes, pondering the old rabbi's words. "But how could your God allow such a thing to happen? It is shouted from the roof tops that your God visited your people some thirty-eight to forty years ago. What was his name, 'Yeshua'? Why would He allow this to happen?" asked Vespasian. "No, no, never," shouted the old rabbi. It's exactly for the opposite reason that your armies are going to destroy our city. This so-called Messiah was an impostor. It is the understanding of our great sages that the Messianic age does not begin until the beginning of the seventh millennium, two thousand years from now. It is further stated in Malachi that He will be preceded by Elijah the prophet, coming back in his flaming chariot which is how he left. And it is written in the book of Daniel that He will vanquish the other nations and restore the kingdom of God to Israel. And yet here we are assuredly about to be conquered by you. It is because so many Jews fell for this impostor that the God of Abraham, Isaac, and Jacob has allowed these events to occur. Our first commandment says, 'Have no other Gods before Me'. Thirty-nine years ago many of our people broke this commandment and now nearly forty years later we are reaping the whirlwind." 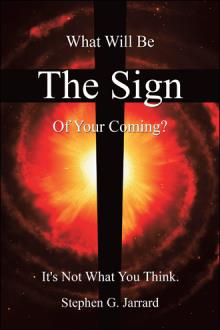 The controversy continues in this sequel to “The Sign”. We find one of our main characters from the previous novel, John Meskwa Anang, a Native American preacher, on a mission to locate and teach the 144,00 Jewish evangelists as described in the book of Revelation, Chapter Seven. Our book opens with a factual historical account of a 100-year-old Rabbi, Yochanan ben Zakkai. He uses an unorthodox method to gain audience with the enemy of his people, the Roman General Vespasian and his son Titus. This is all in an attempt to broker a peace deal with the Romans and prevent the imminent destruction of Jerusalem in A.D. 70. Fast forward 2,000 years to modern-day Jerusalem where we find the carbon-copy, modern-day namesake, 100-year-old Rabbi Yochanan ben Zakkai. He is the head Rabbi of the original yeshiva established in 70 A.D. Affectionately known as Rabbi Z, this aged rabbi attempts to broker a peace deal with the person he believes to be the Messiah. Woven into the plot is an ominous celestial object, know by some as the “Destroyer”, which for more than forty years has been hidden from the public by governments of the world. Its appearance precedes the return of Christ for His church, followed by the beginning of the earth’s woes as described by John the Revelator. It’s affect is mentioned in Luke 21:26: “Men fainting from fear and the expectation of the things which are coming upon the world.” Love conquers all in the life of Rabbi Z in a totally unexpected way at the conclusion of this fact/faith-filled novel. John 15:13: “Greater love has no one than this, that one lay down his life for his friends.” I Corinthians 13:13: “But now abide faith, hope, love, these three; but the greatest of these is love.”

Stephen Jarrard was born in Brooklyn, New York, and was raised on Long Island. He was an unexceptional student who barely graduated from Massapequa High School in 1966. After dropping out of a local junior college, he joined the Navy doing three Mediterranean tours on the aircraft carrier U.S.S. Saratoga, C.V.A. 60. While on fire watch one evening, he discovered an incipient fire that could have taken the ship out of commission for a very long time. He turned his Navy firefighting skills into a career and earned a fire science A.A. degree from Florida Junior College in Jacksonville. During this time he was introduced to a class on world religions. This class was the catalyst that changed the direction of his life. This eventually led him to begin studying the bible for himself. Forty-three years later, here he is writing his second book, a sequel to his first titled "The Sign" (Life Rich Publishing).After twenty years of Bible study he was called by God to the position of an evangelist. He turned in his notice with the Cobb County Fire Department to spend the next several years bringing the gospel of Christ to the Native American community through setting up a "medicine tepee" at powwows and Indian festivals across the country. The lack of financial assistance forced him back to square one. After regrouping, he and his wife, Marcia, began ministering to inmates in jails and prisons. He found a more receptive audience there than anywhere else (including the church). Stephen is self-taught in the Bible and his views are his own. This has led to many differences about doctrinal matters between himself and many of his brethren within the church and outside the church. His understanding of end time events which has developed over the past twenty three years is what led him to write both "The Sign" as well as "The Last Rabbi". The outcome of his findings are far from mainstream. Stephen has been a Christian (non-denominational 100%) for forty-three years and he thanks God for his wife Marcia and his five children every single day. He is an accomplished woodworker and enjoys hunting, reading and researching Biblical topics, especially the most problematic themes.