What Will Be The Sign Of Your Coming? It's Not What You Think. 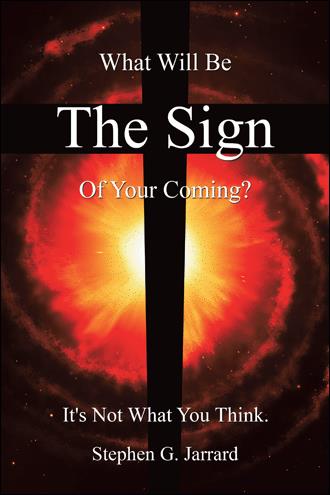 Wile gazing up into the night sky, the Mazzaroth was declaring the glory of Elohim. Enoch could name all the stars and knew the comings and goings of them all. Enoch turned to his son Methuselah and said, “And now my son, Methuselah, I have this one year to convey to you and your brothers and sisters all that Elohim showed me while I was in the Shamayim (heaven). Now all those things I will recount to you and write down for you. I will reveal everything to you, and I charge you to keep these books from the hand of your father so that you may pass them on to the generations of eternity.” (Enoch 82:1). As Enoch carefully explained the knowledge of future events that had been revealed to him, he wrote with stylus upon clay tablets all the evil of the fallen angels interbreeding with the women of Adam (man). How that their leader, Satan, along with two hundred of the 'Messengers' or the 'Watchers' were laying with the females who were giving birth to giants, called Nephilim. Enoch explained how this plan had been put into place by Satan to prevent the 'seed of the woman' from being born into the world. This 'seed' would cause Satan a fatal head wound. Enoch further explained that Elohim would soon raise up a man who He would use to salvage the genetic blood line. This offspring would be born thousands of years in the future. Soon, Elohim would cause all life to be blotted out that had become corrupted and tainted by the fallen angels. A large floating vessel would be built to save eight souls, along with all the animals. A year later Enoch was translated into the Shamayim (heavens) and Methuselah saw him no more. He carefully boxed up all the clay tablets and passed them on to his son Lamech. Lamech begat Noah who received the tablets from his father who faithfully placed them safely on the ark. By the time Noah and his sons had completed construction of the ark, the hybridization program had completely corrupted the gene pool of mankind, except for Noah and his family. For many months prior to the flood, Noah witnessed a light appear in the southern hemisphere. It was very small at first, but each night it gradually appeared to be larger and larger. After six months, the light could be seen in the daytime, and it grew larger still as it approached the earth. He had never witnessed this celestial object before. As it neared, he noticed that a long tail trailed behind it and something that appeared to be wings developed on either side. Then “in those days, Noah saw the earth tilted and that its destruction was near”. (Enoch 65:1). Noah cried out to the spirit of his great grandfather Enoch saying, “Hear me, hear me, hear me.” And he said to him, “Tell me, what is it that is being done on the earth, that the earth is so afflicted and shaken, lest I be destroyed with it!” Immediately there was a great disturbance on the earth and a voice was heard from heaven and Noah fell upon his face. His great grandfather Enoch came, stood by him, and said to him, “Why did you cry out to me, with such bitter crying and weeping? A command has gone out from the Lord against those who dwell upon the dry ground that this must be their end. For they have learnt all the secrets of the angels, and all the wrongdoings of the satans, and all their secret power, and all the power of those who practice magic arts, and the power of enchantments, and the power of those who cast molten images for all the earth.” Enoch told Noah that Elohim had promised to preserve Noah and his family through the destruction that was soon to occur. As the fiery dragon in the sky came close, large plasma charges flashed between the earth and the red dragon. Red oxide dust filled the air even as the skies parted and the rain came down in sheets. Never had rain been seen by humankind. Relentless rain for forty days. The depths of the deep shot up as geysers, adding to the deluge until every mountaintop was covered. Noah and his family faithfully tended to all the animals until Elohim's wrath was complete, and all the giants were dead. 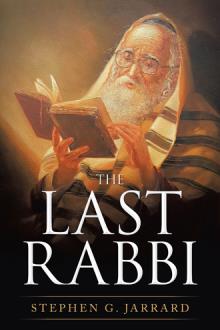 This novel is more fact than fiction. It is kind of a hybrid genre for which my wife has coined the term “faction”. “The Sign” answers the all-important question that many people in this world are asking. Two days before Jesus went to the cross, four of the apostles asked Him three questions found in Matthew 24:3: “When shall these things be and WHAT shall be THE SIGN of your coming and of the end of the age?” In “The Sign”, the author attempts to answer the second question. In more than forty years of biblical studies, his research led him to a conclusion that was totally surprising. Mr. Jarrard’s prayer is that the readers of this book will be compelled to take the contents to heart and research the issues for themselves. We need to be like the Bereans (Acts 17:11). What will you do when you understand “The Sign”? The author prays that you will follow John Meskwa Anang’s answer. God bless you all.

The author came across his credentials the old fashioned way. Hard work, many thousands of hours of reading and research mixed with blood sweat and tears. Fortunately for him when he first came to understand who Jesus was and is he also learned about the nature of the one church that the scriptures speak of and the spiritual connection between it and Christ. He learned to view the scriptures in their biblical and cultural background of the Jewish people. After reading what every one else had to say on any given topic he would search the scriptures for what God had to say on that topic. His pet peeve would be with people who refused to understand and follow the context of a word, sentence or paragraph and ignore the overall harmony of the scriptures as a whole.