Writing Your First Draft, Part One: Elements of a Great Story

Jim Menick, an editor from Reader's Digest, kicks off this session about writing your first draft. In part one, you'll learn the five essential elements of a great story, including protagonist, antagonist, action, conflict and resolution. Following this advice should bring you closer to a first draft that you can edit and improve. After all, you have to start somewhere. 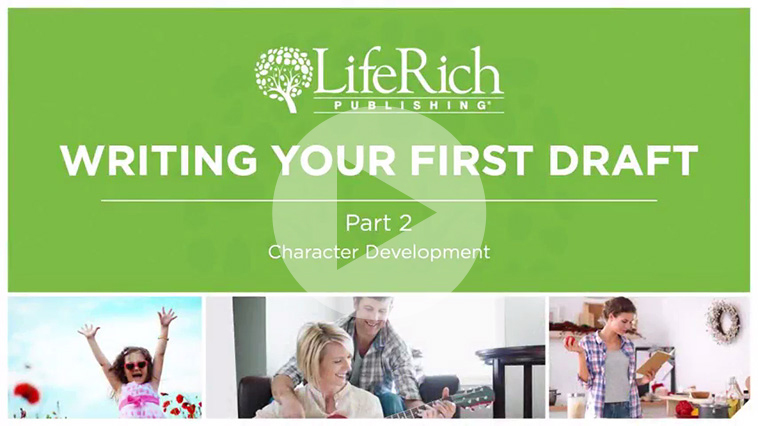 Back to Writer Bites

Hi, I'm Jim Menick, an editor at Reader's Digest, and I want to welcome you to the webinar on "Writing Your First Draft." There are five essential ingredients that go into making a great story, and that's what we're going to talk about in this session. Like two of them – to give you a little sneak preview – are you need to have a hero and you need to have a villain. You need to have a good guy and a bad guy, and then they have to interact. We're going to talk about that kind of element and how you can make those things happen on the page.

You've taken the time to set your goals, plan your book, do research and develop your voice. It's time to write your first draft. So how do you get started? Just dive in. Remember it doesn't need to be perfect. This can be the hardest phase of the writing process, because you're creating something from nothing. Once you have a first draft, then you have something you can edit and improve. You have to start somewhere, so just put your mind to it and get through it.

So how do you create a truly great story? No matter the genre, there are common elements. These five elements include a protagonist, an antagonist, an inciting action, conflict and resolution.

The protagonist is the main character of a story. They're also known as a hero or the lead. They must have clearly defined inward and outward goals. This is the character that readers need to care and understand. A strong protagonist should have some larger-than-life characteristics. In real ways, this character should be more attractive, more cunning and more intelligent than the average person. But not so much more that the reader begins to feel the character is too perfect. To offset these qualities, they should have flaws, but not to the point that the character becomes unlikable. It is possible to have a main character who is not likeable, but this character must still create empathy in the reader. This type of main character is more difficult to create. But in all cases, the main character must be multi-dimensional and complex. Give him or her plenty of room to grow and change.

You also need to make your antagonist interesting. This character is also known as the villain of the story or the lead's opposition. They also must have clearly defined inward and outward goals, and these goals must be in opposition to the goals of the protagonist. They are driven to do anything to stop the fulfillment of the protagonist's desires. This opposition creates an engine that drives forward a story. The antagonist might be an agent of evil in the story, but should not be all evil. If the reader has some sympathy for him, the story will be more authentic. Revealing the inner workings of the antagonist's mind brings strength to storytelling. In the end, he should get what's coming to him, or the reader will be left dissatisfied. Be aware not every story has a human antagonist – they can be something else, such as society, technology, nature – almost anything. A human antagonist is a popular choice, but not the only one. Just be sure you have an opposing force to your hero in the story.

The beginning of your story should include an event that sets the characters in motion. This event will probably make up the first two or three chapters. Here's where you introduce your main characters, including your hero and villain, and the main problem your hero faces. You need to grab the reader's attention from the beginning and give them a reason to care about the characters of the story going forward. While the genre of your book typically dictates the pace of your story, all great books need to hook the readers from the start.

Conflict is what drives your characters forward. It's what puts them in positions that force them to grow right before the reader's eyes. Without conflict, the reader is left with a scene where everything is just fine and nobody's in trouble – pretty boring. Basically, there are two types of conflict that make a great story: internal conflict that happens inside the character's heads and hearts. For example, Ali may struggle with her desire for something she knows she can't have and should not want. The second type of conflict, external conflict, affects the characters as well but is outside of their own heads. For instance, if the hero is in love with someone, you may have no moral or emotional reasons, which is internal conflict, to avoid pursuing the relationship, but if the person he loves has an overprotective brother who is against the relationship, the brother creates the external conflict.

Both types of conflict take place throughout three basic parts of any story's main structure: set up (the beginning), rising action and the climax, or resolution. The rise in action is the meat of your conflict. This part is actually made up of several smaller scenes in which the hero and villain battle back and forth introduced some many problems at this point that can be solved along the way, giving your story the depth that will make it entertaining. Just remember every page of your story must be involved with conflict to some degree.

Finally, all of this leads to the resolution, or climax. That's the point in your narrative that tells the audience who finally wins. Make sure the conflict is resolved by the end of the book in a way that makes sense and will be satisfying to the readers.

That concludes part one of "Writing Your First Draft." In our next webinar, we're going to start talking about character development. For information about publishing your book, go to LifeRichPublishing.com, where you can get some information and a free consultation.