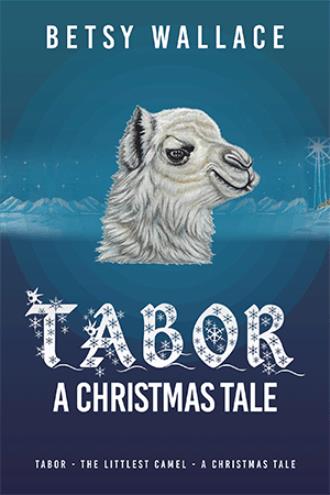 Chapter 3 The Palace Caravan As the day passed on, Tabor stayed close to his family's tent as his father had instructed him to do. He watched the many the travelers as they drifted through the trading post, and as the day progressed, Tabor saw something quite beautiful. It was a caravan of great size and bigger than he had ever seen. Every camel was dressed in fine linens and beautiful clothes. Tabor had never seen anything so beautiful or grand. The male camels were as big as his father and their clothes made them look regal and rich. The caravan owner had many donkeys and goats, and he thought they must be very wealthy. Tabor imagined the caravan owner needed water and food. As Tabor watched the caravan owner, he could see the caravan owner wasn't like Omar at all. He was rough talking and unkind to his camels. It seemed as if his camels weren't even allowed to talk to each other. Tabor liked to talk. He couldn't understand it. He realized that maybe this was the kind of caravan owner his father had told him to stay away from and for the first time, Tabor understood that some people were not so kind. As the caravan slowly drifted through the trading post toward the watering wells, Tabor noticed that the women camels had veils over their faces. Why, he wondered. Weren't they allowed to talk to one another? They were dressed so beautifully and at the very end of the caravan were two female camels that were unusually beautiful and one of the female camels was a little girl. She was just about the same size and age as Tabor. Tabor could not resist talking to her. He just couldn't see the harm in speaking to her, just a little bit. So, Tabor ran over to the little girl camel to speak. He said. "Hi, my name is Tabor. What’s your name?" The little girl camel would not speak to him. Tabor thought to himself that maybe she did not hear him, so, in a little louder voice he spoke again. "Hi, my name is Tabor. What is your name?" The little girl camel spoke up, "Go away. I can't talk to you." Tabor had to ask, "Why?" He noticed that she wouldn't even look at him. She held her head down as if she was staring at the ground. He really couldn't see much of her face because of the veil which covered it. He tried to look at her, but she kept looking down as if she was trying to avoid him. Tabor had never had someone not speak to him, after all, where he lived everyone was friendly. At just that moment, a gust of wind blew by, “Whew,” and took the veil right off the little girl camel's face. Tabor ran to catch it as it flew off into the wind. He was able to retrieve it for her. The little girl camel said, "Hurry! Put the veil back on my face. Suddenly, Tabor saw her face. Oh, my goodness, he thought. She is so very beautiful! She was even more beautiful than his mother and no-one, he thought, could be that beautiful. For a moment Tabor was mesmerized by the little girl camel's beauty. As Tabor helped her with her veil, she said thank you, and with her head hung low and speaking in a low voice, she said to him, "Now you must go." "Why,” asked Tabor. "We are being taken to the palace in Jerusalem to be sold to the king and no one is to see our faces," said the little girl camel. "Tabor, you could be in great danger for seeing my face," looking down as she spoke. "You could be taken away from your mother and father for seeing my face. You could be sent to the sand pits in the dessert. The reason we wear veils is because we are palace camels. No-one is to look into our eyes or see our faces, mine or my mother's." She was standing beside her mother. "Not only that," she said, "I, too, could be taken from my mother just because you have seen me without my veil. You must not tell anyone that you have seen my face. I could be sent to the sand pits, which is a horrible place. Now go!" speaking in her low but stern voice. This made Tabor very sad. He turned around to walk away when he heard her say, in a whisper, "My name is Trina. Pray for us, my mother and me. Now go!" When Tabor heard her ask for prayer, he thought that he could, at least, do that much, but his little heart was sad for Trina and her mother. He thought that he would probably never see her again, but he knew he would never forget her. 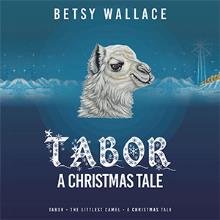 Tabor is a young camel who has a great life surrounded by family and friends in the tents of the trading post of his owner, Omar. His mother, Reba, and his father, Malachi, take good care of him, and Malachi warns Tabor not to go too close to the outside caravan owners because some of them are cruel. But then Tabor meets Trina, a young girl camel in the palace caravan. She is beautiful and well-dressed but also unhappy. The palace caravan owner strictly controls her life and that of her mother; if they do not behave, they may be separated. The caravan owner only cares about selling them, but both Trina and her mother want to be free. Tabor feels that he must do something, so he begins to pray for them. Others join in, and soon Tabor discovers that faith and prayer are powerful; he learns to appreciate the family and friends he has. And then he witnesses an event that will change the world forever. In this Christmas story, a young camel named Tabor learns to face life’s challenges using faith and prayer and better understands the importance of family, friends, and kindness.

Betsy Wallace is a professional artist who signs most of her paintings with the name E. A. Michell (pronounced Michelle). She started painting professionally at sixteen; later, at twenty-five, she began to write music and lyrics. She has written more than one thousand songs and is now sharing her music with the public. Now retired from professional painting, she lives with her husband in Belle Haven, Virginia.