Dominate or Be Dominated 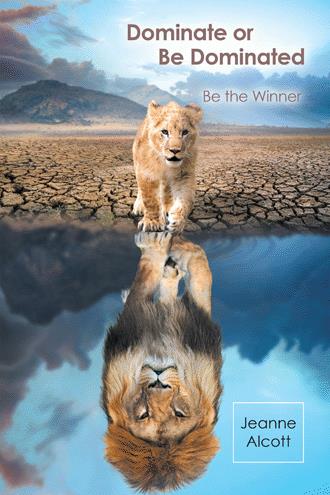 There comes a time that if we’re going to live in what God has for us and see conditions change, we’re going to have to have aggressive faith. Aggressive faith is faith which is forceful, intense, on the move. You’re going after something with energy and determination. I encourage you to let the Spirit open your eyes to the fact that you are at this point right now. The point where you must act with aggressive faith. That’s because you are at a point in your need that you’re going to have to have this kind of believing before you can see your desire come about. It’s the kind that causes you to go after it. You dominate instead of being dominated. To do that, you have to be convinced! Convinced means that you are persuaded, and you are so persuaded that you’re willing to act that way. You go after what you desire with full conviction. I like the way one person described having confidence that way. He said, “Confidence is going after Moby Dick with a rowboat, a harpoon, and a jar of tartar sauce.” Now, that is someone who has determination and conviction he’s going to find the whale, Moby Dick, and he will be successful in capturing and eating him. So much so, he brings the sauce with him. But if we’re not convinced, we just drift around in our boat. We don’t go after Moby Dick with the right preparation and tools. Tools of faith and conviction. We won’t be prepared with enough passion to keep going when it’s hard to harpoon the whale. So we begin to doubt and want to turn back. Conditions are not good, the events didn’t go the way we envisioned, so we’re not convinced enough to stay after it. But that’s not how aggressive faith acts. Instead of being dictated to by doubt, aggressive faith is the one that dictates the way things are going to be. It does not receive and embrace impossibility and failure. But this kind of faith is convinced, and, therefore, dictates to our thoughts and emotions that it’s possible, and it will happen as our faith causes it to come into existence. I believe you are as I am. We have so many things we want accomplished that we have to have aggressive faith or they will continue to set there not done. They will not become a part of our lives, just a memory of disappointment. We don’t want to exist with disappointing memories. But that is all we will have if we do not have the kind of faith that causes us to pursue what God has for us. We received a call for prayer when a woman discovered a growth on her forehead. She was told it might be cancer, so she went to her family doctor. The he referred her to a dermatologist, but she couldn’t get an appointment for six months. She said that our teachings gave her illustrations that helped her visualize what she was to do and that’s what she needed in order to know how to have aggressive faith. So she prayed over the growth and cursed it as Jesus cursed the fig tree and disease. (Ref. Matthew 21.) Within six weeks, it fell off! That’s why we need aggressive faith. It’s because it gives us energy when conditions are pulling us down. It helps us keep going forward when events are working against us. Aggressive faith pushes us on into the realm of the impossible and helps us see how it can be possible with God. It makes our doubt or fear take a backseat. It just pushes it out of the way so we can dominate against it. So without that kind of believing, many things will go past us and push us back. We won’t have the passion to go after that dream, that child or spouse, or the type of career we desire. We have to have determined faith to break and to disintegrate disease and sickness, addiction, and depression. We have to have aggressive faith to combat temptation and sin. We cannot exist in this world where Satan and his forces are so aggressive and not be that way ourselves for God. Our faith can stop aggressive decline into debt. We can come against wrong voices and influence those around us from being deceived. Oh, yes, it’s time! It’s time to have aggressive faith and go after it. Go after what God wants us to pursue. Today, your faith is saying, “Go after it!” Be aggressive. Be convinced. That’s when the Holy Spirit will guide you into the way He has for you. You can receive what you need. A Spiritual Powerline to say out loud: I HAVE AGGRESSIVE FAITH. "Oh Master, we know You’re here with us at this very moment. You’re coming to where my friend is right now. So we raise our voices. Yes, together we raise our voices to say, “Master, hear our need. We have faith You will respond to us in Your power. You will meet this need.” That’s what we believe, Lord. Our hearts are filled with faith and our voices are filled with joy and praise at what You’re doing. We know You’re responding. My friend refuses to back away or curl up and beg for what they need. But they speak up now. They’re being aggressive with their faith. They’re going after it. Now, we praise and thank You for the miracles. In the name of Jesus. Amen and amen." Study Guide Questions: 1. What is aggressive faith? 2. To what must your aggressive faith be under control? 3. How has the enemy tried to drown out your cries to God? 4. How do the Scriptures describe faith and what you can do with it? 5. Think of things in your life the enemy has taken over. What is your plan to poke and prod and retake what God has for you? 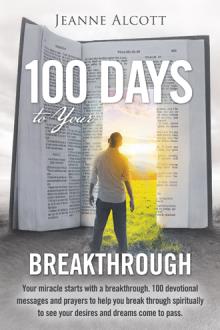 God doesn’t want to see any part of your life dominated by unwanted circumstances and conditions. So He will give you everything you need by His Spirit to prevail over what tries to take over anything in your life. Discover how you can take spiritual control over the works of the spiritual opponent. By faith, you can live in the best of what God has for you and see other people turn to the Lord as you spiritually dominate by faith. The Bible never describes your faith as being nice and sweet. It must be aggressive if you’re going to see miracles. This is not just for our personal lives, but if we are going to have a great awakening in the nation and get people into the kingdom of God in these end times, we are going to have to dominate spiritually. We cannot allow Satan to do whatever he wants with the souls of the people of this world. This is a three-and-one book: a teaching, prayer, and study guide questions and notes section. Discover how to see God’s best come to your life and to those He calls you to help.

Jeanne Alcott is the author of four books and teaches and ministers through her daily radio broadcast, Word of Power. By the anointing of God, she helps empower people to build their faith to accomplish their God-given desires and visions. As she teaches and prays over the listeners, the power of God falls and His presence can be personally felt. Besides the radio broadcast, she also shares timely messages on video, the website, social media, and in personal letters. Jeanne and her husband, John, began Alcott Ministries over twenty years ago. Jeanne Alcott Alcott Ministries PO Box 3400 Broken Arrow, OK 74013 918-459-9191 www.AlcottMinistries.org