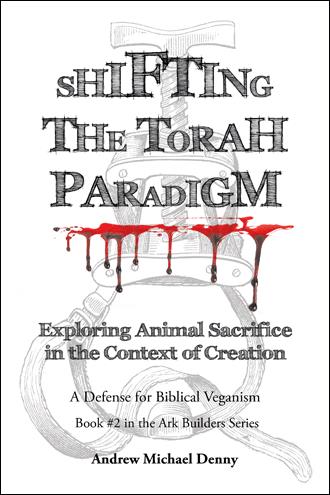 When I first eliminated unclean meats from my diet, in compliance with Leviticus 11, it did not take long for me to realize that the entire food industry has deceived most individuals who consider themselves “Torah observant.” For some reason, people feel like they are keeping Torah as long as they stick with beef, chicken, and scaled fish. However, it is not that simple. Do you eat at fast food establishments, or any sit-down restaurants? Do you buy your meat at the local grocery store? And if you happen to utilize a kosher butcher, do you still handle the meat yourself when preparing it? It does not matter how hard a person tries. If you handle and consume animal flesh today, then you are “unclean until the eve” because you are touching a dead animal, not only in a legal sense but in respect to hygiene and sanitation. Some argue that they are exempt because they purchase from a private shochet. While I agree that it is a cleaner option, the problem with hiring a private butcher (or even slaughtering your own animals) is that it neglects the commands discussed throughout this section. The animals were only to be handled within a specific area and by a Levitical priest. This brings us to a pivotal fork in the road. Were these commands only temporary? Or do they still apply today? Previously, I agreed that, based on the text, it appears that certain sacrificial restrictions only applied during their journey through the wilderness, until YHWH “enlarged their borders.” I would imagine that many pro-sacrifice advocates agree. In turn, this would seem to settle the matter. We are allowed to slaughter anywhere we please, right? This means we are free to kill a lamb on our own property for Passover. If this is your focus, then you have missed the point. By admitting that the restriction to sacrifice on your own property was only temporary, you are forced to also admit that some commands given to Moses no longer apply. In essence, they are obsolete, done away with, abolished. This is quite a predicament for those who contend that every law given to Moses is just as valid today as it was when initially given. But if animal sacrifice was only centralized temporarily, then it is a clear demonstration of an immediate law that no longer applies, thus proving that not every law given to Moses is an Eternal Law of YHWH. This is ironic because many Torah believers admit that some laws cannot be observed today as a matter of practicality purposes. Specifically, any command that would require a temple or priests. Some laws are contextually applicable to the letter only when there is a standing temple. Yet they seem to forget this when it comes to animal sacrifice and consuming animal flesh. Through this example, it becomes apparent that Torah observance today is more commonly exercised out of convenience, meaning that people let preference determine how they will observe certain commands. But this seems hypocritical. If the absence of a temple or priest is enough to justify why we are no longer required to do certain commands, then why is it acceptable to partake in activities that initially required a Levitical priest, such as slaughtering animals for food? It also neglects that even after their restrictions were supposedly lifted, there were further instructions that seems to contradict the idea of “free-range” killing. “Thou shalt eat it before YHWH thy God year by year in the place which He shall choose.” This command was given after the supposed permit for free-range killing was granted. Therefore, it appears to settle the matter. If you believe that every written law is equivalent to the Eternal Law of YHWH, then by your own standards you are obligated to consume flesh only within the designated area (which cannot be done since there is no standing temple or priesthood). But if you admit that these commands were only temporary, then you are faced with the inconvenient reality that some laws were for the immediate circumstances of Israel and do not apply today. I am not saying it is completely “unlawful” to eat meat. It all depends on which law you have submitted to. If you have placed yourself under the Levitical system, then technically you could be allowed to eat flesh prescribed by that system. But again, only if you are following the strict set of instructions that were covered in this section. If people are truly concerned about following the law properly, then meat eaters would have already come together to build a centralized place of worship and assign priests to perform the sacrifices. Of course, this poses another issue. Where are the Levites? Since we are missing the two major qualifiers for slaughtering animals, flesh eating then becomes a matter of forcing our culture into the Torah. At the same time, there is an Original Torah that supersedes the law of the scribes and reveals a higher standard by which to live. While consuming flesh may be lawful under scribal law, it is unlawful according to Eternal Law. This demonstrates why it is imperative that we know the difference. I have said it before, and I will say it again. The Original Torah was introduced to mankind in the Garden of Eden, while the law of Moses dealt with the circumstances of the Israelites who fled Egypt. If what modern Hebrew Roots contends is true—that we are obligated to keep every law of Moses—then not one individual who eats meat can be deemed “clean” because they continually break this command as a normal part of their lives, simply 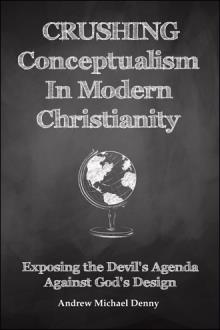 To some, the phrase “Biblical Veganism” is an oxymoron. The idea that a modern dietary trend could be considered biblical poses a problem. After all, several instances in the Bible depict men of God eating animal meat. How then can we take this idea seriously? In this detailed exposition, we will explore common misconceptions about veganism in efforts to sever any confusion. After all, most people who reject biblical veganism only do so out of tradition and have never investigated this matter. Rather, most allow their currently held paradigm of Torah to determine what our Creator originally imagined for humanity. While variation may exist between our definitions of “vegan,” we can all agree on the primary qualification, that vegans abstain from animal meat. Shifting the Torah Paradigm (STP) reinforces the biblical principle that humanity was originally created to consume a garden diet. Among the Torah community, there are some who insist that we must consume the flesh of certain animals to properly obey the commands, namely our instructions for Passover. At the same time, those who abstain from animal flesh contend otherwise, that our Creator never intended for humanity to kill and eat from the animal kingdom, whether it is deemed “clean” or “unclean” by Mosaic law. STP maintains that meat eaters have neglected the context by which the entire sacrificial system was instituted. Moreover, the purpose of this book is to explore this unseen storyline by investigating how sacrifice entered the picture and to understand why Yeshua neither taught nor observed this aspect of Torah.

Andrew Michael Denny In his previous book, Crushing Conceptualism in Modern Christianity, author Andrew Michael Denny disclosed a hidden narrative of the Bible that commonly goes unnoticed by the mainstream churches. Now, in his newest release, Denny explores yet another unseen storyline that will challenge the core values of Christianity and the Hebrew Roots community.