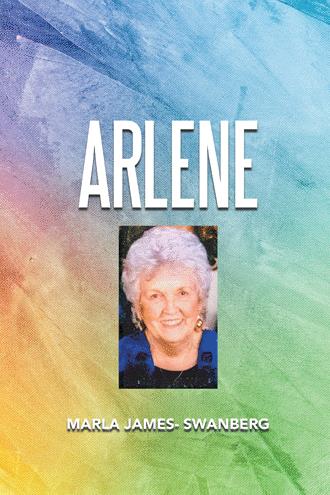 September 22, 2021, the first day of Fall and my favorite season. Especially after an unusually hot summer, the cooler, fresh air was welcomed. I looked forward to the beautiful change of colors on the trees and becoming a “leaf looker” as we take rides through the countryside admiring those magnificent scenes. Putting planters of colorful mums, along with carved pumpkins and a scarecrow with a bale or two of hay on the front porch, makes the season seem really festive. The coming of Halloween where we see the kids dressed in various costumes was something we also looked forward to. This year it was a sad day for us as it was the day my 103-year-old mom died.

I had to call some people to let them know of her passing. That was difficult to do as the reality of it had not quite set in for me. People tried to show comfort which was appreciated. My niece, who had been close to my mom (her grandma) felt like she needed to do something, so she went to the cemetery in Falconer, NY where my dad is buried, and where my mom would join him after her funeral. She called me when she got home and told me that she sat by the gravesite and said, “Grandpa, I just wanted to tell you that your quiet time is over. Grandma will be joining you in a few days.” Through my sadness, I laughed for the first time since my mom’s passing. Just knowing my dad was a man of little words, and my mom quite the opposite, gave me that needed humor. I knew my mom would have gotten a laugh out of that. It made me feel better because finding some humor in our sadness is just what my mom would have wanted.

My mom was a big part of my life for the better part of 75 years. I was truly blessed to have her around for that long. Only a small segment of our population gets to experience that amount of time here on earth. What a history she had lived thru during the time she was born. The Depression, the roaring 20’s, the World Wars 1 and 2 among some of them, and even being born before women had the right to vote. The current technology advancement was not even imagined in 1918 the year of her birth. Televisions had not been invented, no video games or cell phone were on the scene. Most people today wonder how they did without them. The old saying “you can’t miss what you don’t have” would be the best answer to that, in my opinion. I was pleasantly surprised with the fact she always tried to keep up with current happenings of the day. She perused the web, read articles and played solitaire besides typing, and copying things she wanted to keep on the computer or in her many files. You had to make yourself remember that this was a 103 yr. old woman.

She was extremely independent, proud, intelligent, strong, talented, funny, and creative. She was widowed at 73 when my dad died of lung cancer. Talk about opposites attract, that definitely was the case with my mom and my dad. He loved and played sports. Even though he was blessed with three daughters, but no sons, we never felt he wanted to trade us in. I really liked school sports and winning the high jump in school and Archery contest for the city, gave me some confidence in sports. I also was a cheerleader for the midget league football team and JR high and High School so I felt I had made a contribution to sports too! My mom loved entertaining her many friends and cared little to watch sports. My dad was eventually inducted into the Hall of Fame in Chautauqua County, NY and, for that, she was really proud of his accomplishment. They had been living in Florida at that time but after the death of my dad, and at age 75, she proceeded to pack her things and move back to New York to her hometown. Isn’t that supposed to be the other way around? Not for my mom! She wanted to go back “home.”

This book is dedicated to my husband, Steve. Without his love, support, and unlimited help, I would not have been able to give my mom the care she so deserved. I thank him from the bottom of my heart.

Marla James-Swanberg lives in East Ellijay, GA with her husband Steve, and two cats Princess and Spook. She has a BS degree in Criminal Justice and a BS degree in Community and Human Services. Now, being retired, she enjoys volunteering. Becoming a member of the DAR, (Daughter of the American Revolution), gave her a new look at the importance of leaving some history for posterity to know more about the lives of their ancestors, and has been the “push” behind the writing of this book. “I have always loved writing but have never published before,” she explained. “In doing some history research of family, I only wished I knew more about the lives of my ancestors. Names came up but what were they really like? I wanted to leave something behind that showed a part of our family that really stood out in an area that we can all enjoy and remember. I chose the creativity, inspirational teachings, and unending humor of my mom.”
What better way to leave a part of someone’s life behind, to share with others, than a book?