GOD HAS IT ALL COVERED: THE END FROM THE BEGINNING 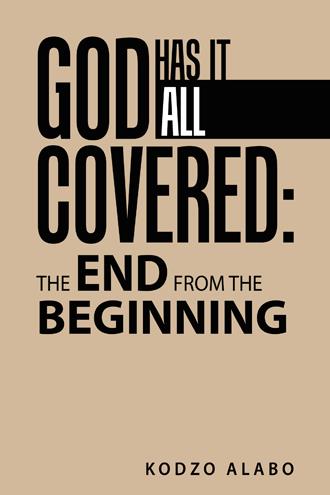 The indispensability of signs in the determination of the times and the seasons is also a fact of life. The Jews, God’s elect nation in the flesh, have been massively used by God’s enemies to draw back, or better still attempt to draw back, the divine agenda! Jews were just as prominent in the design and implementation of the communist revolution as they were in the attempt of the Nazis to establish their racial hegemony over the rest of the world. One of the discoveries that shocked me during my first trip to Israel, was that the Jews had turned to matriliny as a more secure system of preserving their origins and identity. In a word, Jewishness was passed down through a person’s mother. So, if your mother was Jewish, you were too. When I questioned the Professor who hinted at this, outside class hours, his explanation was that: “Judaism goes by matrilineal descent because we always know who a person’s mother is, and we don’t always know who a person’s father is”. He simply shrugged his shoulders when I drew his attention to the fact that Joseph was married to a non-Jewish woman, and yet his children were considered Jewish. The same was the case for Moses. Of course, I didn’t bother to add that the genealogy of Jesus Christ as recorded by both Matthew and Dr. Luke in the New Testament, bore an unmistakeable imprint of patriliny. [I had long learnt that talking to an average Jew, your best bet of making an impact was to avoid any reference to the Bible! Torah, yes; Bible, no!] I don’t know when the pattern changed from patriliny to matriliny. But one question I kept asking myself is: ‘Where’s God in all this?’ At the heart of the matrilineal system, is the suggestion that it is safer and smarter to trust the receptacle rather than the human source of life. But in so doing, aren’t we glorifying wrong? In setting up both His heavenly and earthly systems, God has in no wise given room for wrong to be made right! Knowing as He does, the end from the beginning, God has given enough notice about how the racial mix in His kingdom would look like. Strategically, He ensured that gentiles were ‘smuggled’ into the genealogy of His Son, Jesus Christ, and instructively, these were representatives of the fairer sex, Rahab and Ruth. Even before Jesus came to town, the issue of accepting ‘proselytes’ into the synagogue would seem to have been resolved; yet, the Pharisees had a problem with Jesus’ encounter with the Syrophoenician woman, whose daughter was healed, after the Master had tested her faith in the harshest of manners.[1] The Jewish believers had a big problem with Peter’s visit to Cornelius because the latter was a gentile. Their protests reached Jerusalem before one could say ‘Jack’! Even though Peter’s defence of his actions convinced the Apostolic Council that God was in it, the rank and file of Jewish believers would have none of it. They raised the issue again when Paul tried to break down the racial divide in the diaspora. Admittedly, Peter himself had quite a hard time accepting the new dispensation of ‘God is no respecter of persons’! Three times Peter refused to have anything to do with anything ‘unclean’, even though he was reminded as many times that nothing God had created was ‘unclean’! The view is held among some Bible scholars, that with respect to Gentiles, Peter lost his position of primus inter pares to Paul, the newcomer, precisely because of the incidents recorded in Acts Chapters 9 & 10. For Paul, the issue was quite plain: it all boiled down to a question of ‘circumcision of the heart’ taking pre-eminence over ‘circumcision of the flesh’! He got Timothy, whom he described as “my true son in the faith”[2], circumcised more in order to appease his accusers and distractors than as an act of faith to assure the half-bred Jew a place in the kingdom of God. The biggest lesson we glean from this is that we cannot be mechanical with God. After all, God is a Spirit and they that worship Him must worship Him in spirit and in truth. The issue of not being mechanical with God reminds me of a very beautiful and evergreen story on leadership imbedded in the heart of the Old Testament. The Parable of the Trees, found in Judges 9:7-15, focuses on the refrain, “Should I cease my new wine, which cheers both God and men, and go and sway over trees?” The olive tree, the fig tree, and the grape vine demonstrate a stable satisfied attitude, assured of their gifts and ministry to God and man. When tempted by distractions, they declined the offer, esteeming their God-given roles more important than the exercise of leadership. The question could as well be asked again whether the Church, as the Body of Christ, is called upon to abandon all the practices that have evolved over time and follow the pattern God had evoked for His first fruits in the wilderness? Think about it, taking the Festivals of the Lord as a cue, how are we to relate to calendar, language, sabbath, manna etc? Should we abandon all and go to the Source of all sources for our nourishment and provision? [1] Mark 7:25-30 [2] 1 Timothy 1:2

God has abundantly revealed Himself and His ways through the pages of the Bible. The history, continuing prosperity and relevance of Israel as a nation and a people constitute additional evidence of the all-pervasive power and authority of God over His entire creation. No less important is the ability of God to foretell the end of things from the beginning. It is this unique ability of God that distinguishes Him from all the pretenders. God Has It All Covered: The End From The Beginning helps the reader understand the age in which we live and how it will eventually end

Kodzo Alabo served as a career diplomat over a period spanning 30 years with the Ghana Foreign Ministry. He served in Italy, Angola, India and Russia and became Ghana’s Ambassador to the Russian Federation with concurrent accreditation to Armenia, Azerbaijan, Belarus, Kazakhstan, Moldova, Mongolia, and Ukraine. Since 2018, he has worked with the Legon Centre for International Affairs and Diplomacy (LECIAD), University of Ghana as Diplomat-in-Residence.