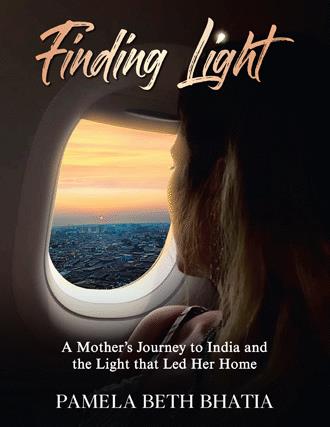 Chapter 1 “A strong woman knows she has strength enough for the journey, but a woman of strength knows it is in the journey where she will become strong.” - Luke Easter I stood by the front door waiting for the call that the car arrived to bring us to the airport. My heart threatened to break my ribs as it hammered hard against them with anxiety. Unable to stand in one place anymore, I started pacing; waiting for the doorbell to pierce the silence. After what felt like an eternity, I heard a loud knock. It was an hour until midnight. My stomach lurched and my heart pounded even faster. I fumbled at the locks, trying to open the door as fast as I could. The boys and I were booked on a flight in four hours and my mind was swirling with a whirlwind of thoughts and emotions. I had thought of every possible bad situation that could happen and was finding it extremely hard to not break down. Last week, the news broke of Osama Bin Laden being killed by US special forces. News channels broadcasted the infiltration and assassination of one of the world's biggest terrorists every day since. It was all anyone was talking about! From young kids to the elderly, the topic was on everyone’s lips. Conspiracy theories filled the air as people debated whether a retaliation of the same level was to be expected or not. The air was dense with fear and anticipation as people worried about Muslim groups acting out and creating chaos. With a few hours to go, I could not afford to be side tracked and miss our flight to the States. When I made the decision to leave, I knew that it would be an a strenuous process. I gathered every ounce of strength and courage I had and decided it was the right path. I packed only the essentials, taking things that were either sentimental or other important items like my camera gear and clothes. Fortunately, the flight we booked allowed two suitcases for per passenger and three carry-ons. Due to the generous luggage allowance, I was able to pack a few ‘extra’ items in addition to my purse. Weeks earlier I had pulled out six suitcases and spread them across the room, making mental lists of which item would go where. Out of our six suitcases, I had given the kids one suitcase each for their toys and the things they wanted to bring back to the United States, two were packed full of our clothing, one was for my laptop and photographic equipment, and the last was packed with the kids’ baby books, keepsake Christmas ornaments and other precious memories that came with us when we moved to India. As I looked at our luggage, I recalled the day when the moving company had delivered the 120 boxes after we arrived in India and couldn’t help but laugh. And here we were, all dressed in sweats and sneakers to get us through our twenty-two hour journey back to the States, and everything we can’t live without now fits in six suitcases three carry-ons and my arms. I finally managed to open the door. Wiping the sweat on my palms, Manish greeted the driver and helper. None of the terrible scenarios I had imagined had happened….yet. I pushed the feelings of doubt aside and tried focusing on the present. Everything was on schedule. The driver and helper entered the apartment and loaded up our suitcases into the lift on the eighteenth floor and down to the car. I held back a small choke and tear as the boys hugged Sox with tears in their eyes as they said goodbye to him and our India home. The four of us made our way to the lift. My two boys, Tejas and Kamran, were eleven years and eight years old respectively. At this time, they are usually fast asleep. But owing to the circumstances, their eyes were devoid of any traces of sleep. I turned away to make sure that everything was packed and returned to see them chat with brightly lit eyes. The drive to the airport was littered with roadblocks and bomb threats which had many streets shut down all around. Tejas sat on Manish and hugged him close while Kamran snuggled in mine. I took another look at our passports and tried to relax in the dark as we made the drive. The constant beep of horns and buzz of the mopeds surrounded us as the driver slowly weaved his way through. Traffic was less than normal on our way to the airport, as it was the middle of the night. The crowd of people at night was equivalent to the number of people one might see on a busy Saturday afternoon in New York. The driver weaved through the traffic effortlessly and we arrived at Mumbai Chhatrapati Shivaji International Airport much sooner than I had anticipated. I got out of the vehicle and asked the boys to stand beside the carry-ons. My eyes darted all around with worry as Manish and the drivers loaded our luggage onto the pushcart for us begin this leg of our journey. The US embassy had cautioned American citizens and asked them to be on alert after the killing of Bin Laden. I was already drowning in worries and the added concern of facing unhappy protestors and supporters of Bin Laden was putting me over the edge. Tejas and Kam’s brown skin disguised their American roots while mine did the opposite. However, I had to stay strong for my boys. Manish helped us into check-in and to the security gate where we had to say goodbye to him. It was a sleepy good bye from both boys. Tears of sadness because they wouldn’t see their dad for a while but mixed with an excitement of getting back to friends, family and life in the United States.

In January 2011, Pamela Bhatia closed her photography studio to relocate to India with her husband, two boys, and their dog. As their plane touched down at the Chhatrapati Shivaji International Airport, Bhatia woke her boys and exited the flight. A new phase of their life as a family had begun, and she had no idea the experiences and life lessons that were about to unfold. In a compelling memoir, Bhatia shares a candid glimpse into her vulnerable journey as she raised her boys in a third-world country, just prior to the killing of Osama bin Laden. While detailing her thoughts and unique personal experiences that tested everything she knew and believed in, Bhatia offers inspiring messages around her broken marriage, missing purpose, culture conflicts, differences in opinion of what a successful woman, wife, and mother should be, and the difficult life choices that will ultimately define her. Throughout her narrative, Bhatia encourages and empowers others to summon the inner strength to overcome life’s greatest challenges, get “unstuck” and create their ideal life. She shines a light on the importance and power of decision even in the mist of uncertainty. Whether you are in a third world country or small town USA you will see parts of yourself in this story. You will be inspired. You will be challenged. You will be changed. Are you ready? Finding Light is the memoir of an award-winning international photographer who journeyed with her family to India and ultimately to the light that led her home.

Pamela Beth Bhatia is an international award-winning photographer who has traveled to sixteen countries to tell stories through images. After serving as a missionary leader and photographer in Central and South America, as Executive Director of the American Heart Association, director United States Chamber of Commerce Dubai, she founded a commercial imaging studio in Rhode Island, Artistic Images. Bhatia is a speaker, drone pilot, wandering globetrotter, and mom. Pamela is a visual catalyst and her purpose and passion is capturing the world around her through her lens and through her stories.