The Hearts of the Fathers 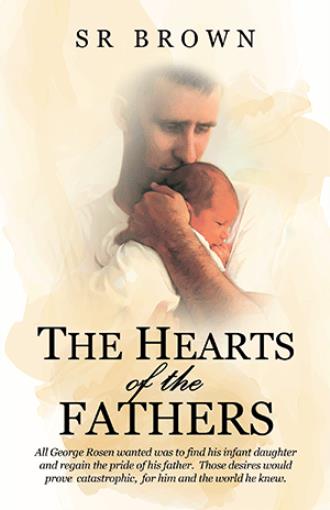 They were standing in the foyer and a movement on the stairs caused Tony to look up. His mother was descending, very much the lady of the house. She wore a simple cotton dress with a high collar. The robe of state. Still stylish. As she came towards him he observed in a detached way, that she looked much older, worn. “Hello Anthony.” “Mother.” If the formality bothered her, she didn’t show it. “How are you?” “Well. And you?” “Good, all things considered. I hope you are comfortable in Port Royal. If you need anything…” “No complaints. Quite comfortable.” “And the housekeeper –” “Fine. She’s taking good care of me. Thanks.” “Good.” The stilted exchanged stopped and an uncomfortable pause ensued. Tony looked around for Mrs. Lewis but she had melted away. “Thank you for coming…for helping your brother,” his mother said. “Have you spoken to him yet?” “Yes, I have. He seems to be getting better.” “Yes, he is. And your sisters – have you seen them?” “I’ve spoken to Kitty and Gwen.” “And Connie?” The that question was out of bounds. He knew it. She knew it too. Tony didn’t answer, instead made a show of looking at his watch. He had no interest in knowing the time. The gesture was meant as a silent caution to his mother: there were boundaries and conditions to him being there, and she would have to respect them. In case she didn’t get it, he asked, “Where is Mr. Rosen? I’d like to get started.” The forced formality was now rubbing her nerves. “Anthony, I thought you’d come to see me before now.” “Mother, this is not a social call. This meeting is to discuss how I plan to proceed with the matter of the Crown vs. George Rosen.” She had enough. “I am your mother. You cannot treat me like a stranger.” “Mother – ” “Before you were some renowned barrister you were our son. You are my son.” Tony leaned into his mother ever so slightly and lowered his voice. “Mother, if we start down that road, this meeting will be counter-productive and unpleasant. Let’s keep our priorities in order, shall we? George first – castigation at a later date.” “Don’t get clever with me, I don’t find it charming.” There was so much he could say but he had come prepared and so said nothing. He watched his mother wrestle with all that she wanted to say but in the end she swallowed it all and simply said, “Norman is finishing up on a phone call. We’re on the terrace.” Tony followed her. A table was already set with coffee and Mrs. Ferguson’s delicious pudding. The old cook came and greeted Tony before disappearing back into her domain. From the back terrace there was a stretching view of the south valley all the way to the town of Samaria and the Caribbean Sea beyond. Tony thought it apropos that their discussion should occur out here, where most of the land his stepfather owned could be seen. It wasn’t long before Norman joined them. Tony had not seen his stepfather since London, and unlike his mother, Norman had no trouble with the emotional boundaries and got down to business right away. “How did the newspapers find out about the station house search so quickly?” “I had Ted Rivers alert the editor of The Daily Chronicle.” “Why?” That unsettled his mother. “Shouldn’t we be trying to keep down the publicity?” “Mother, you cannot un-ring a bell. The public’s interest is this case will remain for years to come. That’s a fact. We might as well start using the publicity to our advantage for a change.” “And will that advantage get us a dismissal?” “It…could.” Norman asked, “What tipped you off?” “Elias Khan. He pointed us in the right direction.” Tony saw their not-so-subtle reaction at the mention of Elias, and waited to see which of them would navigate this particular section of the rapids they were moving through. Norman said, “He is a decent man. He saved George’s life.” His mother asked almost hesitantly, “Do you know who he is, Anthony?” “We know who each other is.” “Good.” “He’s also helping us find Conrad Stagg.” “Conrad who?” Norman asked. “Stagg. A friend of Beverly’s, an unsavory sort. He was there that day and we think he had a lot to do with what happened, and…he may know where the baby is.” “Imagine that,” Marcia said quietly “Elias is helping to find our grandchild. Life is so… unpredictable.” “He’s also willing to testify on George’s behalf – ” “Testify?” Norman asked. “At the High Court hearing? I don’t understand …” “Testify at a new trial that George had defensive wounds when he was arrested.” “A new trial – you’re going to argue for a new trial?” “Yes – ” His stepfather reacted like he had received a low-voltage shock. “Wait a minute – ” “No!” Marcia was at the top of her lungs. “Not a new trial! A dismissal! We want a dismissal –” “Mother – ” “You listen to me Anthony, I want George home – not another trial!” “Anthony, what do you think you’re doing?” Norman asked. “Where is the wisdom in putting him – us – through another trial?” “Because it’s the best course of action.” “I don’t agree.” Tony decided the kid gloves had to come off now. “Mr. Rosen, you hired me to defend your son and that is what I’m doing – will do – with zeal and vigor. And I don’t need your permission to do what is in the best interest of my client, and that is George, not you, or you, Mother.” Heat radiated from their silence. “Look, I not insensitive to the emotional cost and ordeal of a new trial, but stop and think about what a dismissal will mean for George. Think about his future. He will forever be known as a rich man’s son who got away with murder.”

George Rosen, heir to his family’s massive fruit orchards, is accused of murdering a poor hotel maid. What should have been a legal issue, easily handled in the courts, blows up into a political firestorm, threatening to c0nsume everything in its path. It is 1962, and the brutal crime shocks the Caribbean nation of Jamaica as it stands on the eve of independence, after 300 years of British rule. A power struggle between the land-rich families and the radical socialists, threatens a culture war, a ripping away of the thin veneer of a class-conscious, color-sensitive society. As the father of the dead girl's baby, George is desperate to find his child even as his life hangs in the balance. Three other fathers, just as desperate, tethered in unforeseen ways, are also in the cauldron of this crime: George’s father, the formidable Norman Rosen, unwavering in his faith, who puts Godly principles above all other concerns; Tony Khampala, the young English barrister, with his shrewd legal mind and political astuteness, comes to the troubled island to bring fire control. But his unreconciled past with the Rosen family makes him vulnerable and unpredictable. Then there is Elias Khan, the imposing custody sergeant who is a walking enigma – no one understands his blind protectiveness of George. Each of these men asks, how far should a father go to protect his child? And how far is not far enough? The answers mean life on this island paradise will never be the same.

SR Brown is a native of Jamaica, who grew up in New York and studied writing at Queens College, where she received a BA in English bachelor’s degree. As a young adult, she moved to Miami and connected reconnected with the large West Indian community there, rediscovering her heritage and cultural identity. Today she lives in the Atlanta area and follows the teachings of Jesus Christ. This is her first major work.