Everybody Has A Story & Everybody's Story Counts

One man's journey to better understand who he is, where he comes from, and why he does what he does.... 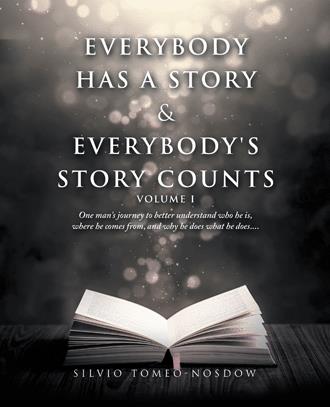 Back to the game that would change Gio's life as he knew it. It was a back-and-forth game with solid players on both teams going at each other with everything they had. The score remained close throughout, and neither team could pull away. Gio, very confident, fresh off a locally successful high school career, tried to take over the game offensively. He hit a couple three pointers and forced his will to the basket when his team needed a bucket. On this particular day, the other team featured two of the up-and-coming sophomores from Eastern Hills High, Jeremy who played a key role for the Enforcers down the stretch of the season, and Jaylon, E.H.'s best football player. Jaylon, would later earn a scholarship to play football at the division one level at one of the biggest schools in Pennsylvania. Gio was glad to see the underclassman working on their basketball craft. He wanted the younger players to build on the success they achieved during Gio's senior season, the next year. With many Eastern Hills athletes living in other parts of the somewhat sprawling district, Gio didn't often see teammates at The Rec. As the game winded down, Gio's team leaned on him to shoulder the scoring load. After Gio's team made a defensive stop, he grabbed the rebound and pushed the ball up court on a fast break. At half court, Gio had made up his mind that he was going to go all the way to the basket. As he got into the lane, in one motion, Gio took one last dribble with his left hand, tightly squeezed the ball with both hands, and took off for a finger roll layup. At the same time, Jeremy and Jaylon, who both knew Gio's game well, attempted to close the defensive lane and prevent Gio from scoring. When Gio left his feet to attack the basket, both Jeremy and Jaylon collided with him in the air. The hard physical play knocked Gio clear out of the air and onto the ground. It was a clean, hard foul with no malicious intent. In all actuality, our main character loved physical contact when he played basketball, often initiating it himself. He had probably taken hundreds of similar fouls just like this one throughout his career and at that very park. The difference with this foul however, was while falling out of the air, he tried to brace himself by putting his hands behind him to break his fall. In doing so, his left wrist snapped on impact. Our protagonist heard the pop and felt the jolt immediately. Jeremy and Jaylon both helped him to his feet, but Gio knew right away there was something wrong. With the adrenaline still running through his veins, our guy briefly looked down at his left wrist and shrugged it off, motioning for his teammates to check up the ball and continue playing.

In this hybrid-memoir, inspired by his faith in Christ, Silvio takes a very honest, open-minded, and intrinsic look at the first thirty-three years of his existence. In this Volume I; he chronicles his first twenty-three years. From birth, through the early days, then through adolescence and the rough teenage years, up until when he graduates from college, Silvio examines why he made certain decisions along the way and how those decisions effected the trajectory of his life’s path. In Volume II, Silvio takes a very introspective journey through his adult life, after college. He shares his experiences in the professional world, as well as his very personal adventures in faith, family, friendship, or as Silvio refers to it; brotherhood, and of course; love. He ends Volume II at age thirty-three, a very pivotal point in his life when he found himself at yet another impasse both professionally and romantically. This memoir pays constant tribute to those who impacted Silvio amidst those first thirty-three years. From many family members, to friends, teachers, coaches and pastors, Silvio details very specific memories that took place with those influential individuals. How much better of a place would the world be if we all not only looked for the positives in the experiences we’ve shared with others, but we took the time to document those experiences and told people what they meant to us and what we learned from them?

Silvio Tomeo-Nosdow is a man on a mission to better understand who he is today, and what made him this way. Silvio is a seasoned operations professional with close to fifteen years of progressive leadership experience. After undergoing multiple job separations due largely to the condition of the United States economy prior to 2010, he switched careers, and ended up spending eight life-changing years working in a residential treatment facility. Paradoxically, Silvio’s father spent the ages of nine through eighteen in an eerily similar environment, essentially growing up there. It was while working at the residential treatment facility where Silvio began to truly gain a better understanding of who he is as an individual. After being prompted to write multiple times throughout the course of his life; first by his mother, then by his father, who found it therapeutic to pen his thoughts, Silvio deemed writing to be the best way for him to both make peace with his past and have a clearer vision for his future.