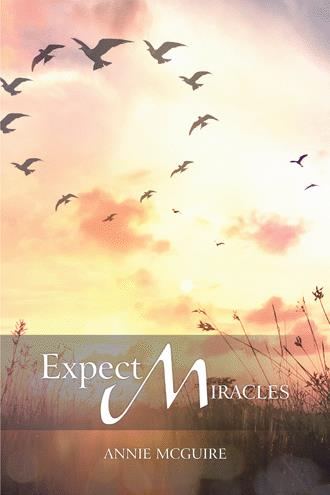 In a few hours, I went into a coma. I stayed in the coma for ten days. I was under a tent because I needed oxygen. During the time I was in the coma, my parents made all kinds of promises to the Lord. My dad promised that he would quit smoking and drinking: anything to save their little baby girl. The Air Force told my parents that it was time for them to start making arrangements to ship my body back to the United States. There I was, just six months old, fighting for my life. I praise the Lord for people I did not even know, fighting for me in the spirit. I surely would not have won if I were fighting this fight on my own. My grandmother said that they were not going to let Satan kill me. She knew that I had a calling on my life and that Satan would try anything to stop it. As my parents were watching me and praying, the doctor came into the room. He told them that this was the tenth day and he told them that I would only have a few hours left to hang on to life. He ordered my parents to go home, to change clothes, and to freshen up a little. When my parents returned to the hospital, my mother started feeling strange. She hesitated about going into my room: when she walked in, she saw that I was gone. My bed was empty! At that moment, my mother started crying. She said, “all the prayers we prayed and all the believing: why did He let my little girl die?” Within a few minutes, the nurse saw my mother and started yelling at her: “Mrs. Johnson, Mrs. Johnson, she is not dead, the doctor has her.” The doctor was running up and down the halls while he was holding me. He was screaming, “my baby is alive, my baby is alive!”

This book is a journey of faith as told through the life experiences of Annie Mc Guire, who from birth had to have the Lord work miracles for her very survival. As time passed and life brought changes, the one constant was Annie's love for and desire to learn the ways of Jesus Christ. By learning to walk in faith, the many trails and hardships that she faced taught her how the Holy Sprit operates, and how to hear the Lord's voice and trust in his will.

She is a minister and spiritual adviser who has devoted herself to a life of trusting the Lord and teaching others the importance of faith in their everyday lives. At a very early age, she had to have the Lord work miracles for her very survival. As time passed, the Lord took her on a journey of faith that many would never get the chance to experience. She learned how to be led by the Holy Spirit, listening to his instructions, going in the direction he would direct her to go. To this day she operates by faith, seeking the Lord in all things on a daily basis, teaching others the importance of faith, trust, and obedience in every day life.