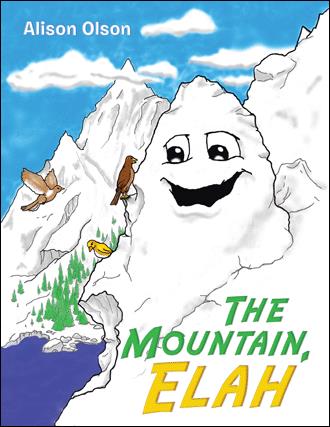 As the years went by, Elah could feel himself soften to the creek waters. His jagged edges smoothed and he more easily rolled with the current of the stream. Though Elah still desperately missed being a mountain, he began to enjoy his adventures in the creek bed. Eventually, Elah made his way from the base of the mountain down into the valley. The valley had new life Elah had never seen before including sheep, dogs, and shepherds. Once, Elah got licked in the face by a dog. He was shocked by its sandpaper tongue and prayed it never happened again. It was possibly worse than getting pooped on by the birds. Elah loved the sheep. He had the best conversations with them as they drank from the stream. Elah praised God for their friendship. He had not felt so connected since he left the stars. The shepherds were interesting to watch, but paid little attention to Elah during their visits to the creek. All but one young man they called David. David often came with the sheep to the stream. He was gentle and spoke kind words. Elah loved to listen to him talk with God. The sheep and Elah would sit at the feet of David and listen to him sing and worship the Lord. Elah loved these days in the valley the most. David and the sheep were good friends to Elah. They visited him daily as they quenched their thirst from the creek. Not long after, a great war fell upon the valley. Soldiers came and camped near by drawing water from the stream. David and his sheep visited less as the new occupants of the valley prepared for battle. Elah grew weary and uneasy. He longed for the peace he once knew on the mountain. Tension in the valley grew. War was on the horizon and Elah could hear shouting from the ranks. This went on for forty days and for forty days he did not see his friends. Elah grew lonely and scared. He felt helpless and prayed to God for a way to end the cries of war. Just as he began to lose hope, David appeared. Elah was overjoyed to see his friend. David looked into the flowing waters of the stream and found Elah. David smiled at his friend and reached for him. Elah was comforted by the warm embrace. David placed Elah, now a strong, smooth stone into his shepherd’s bag. Elah found the darkness of the bag strange, but was not afraid. He knew God was with David and so also with him.

For many years, Elah has been a mountain of stone. But one day when the ground begins to shake, Elah falls and lands in an open space. As he looks up at the tall mountain above and sees the space he used to fill, Elah weeps. He is no longer a mountain, but just a sad, lonely stone. Over time, Elah becomes a stone in a creek bed where things are always changing. Sometimes Elah can see the mountain, but eventually the rushing water tosses him farther away into a valley where he is transformed into a smooth, smaller stone. After he befriends a flock of sheep and their shepherd, Elah praises God for their friendship. But when war breaks out across the land, Elah soon discovers that the Lord has an important plan for him. In this inspirational tale, a small stone that is carried away from all he knows learns to believe in himself and trust in God’s plan.

Alison Olson grew up on a small farm in northeast Kansas. After earning degrees at Washburn University and the University of Kansas, she became a licensed master’s level social worker. Alison is a mother of two and believer in Christ who wishes to share his loving message through stories.