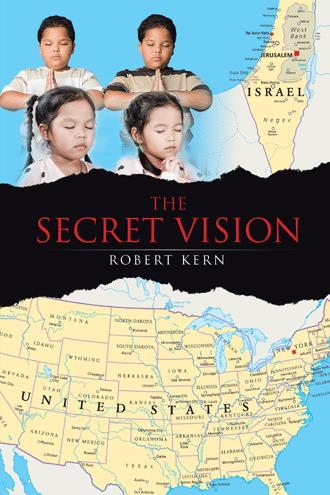 This is a story which takes the reader through a quarter of a century leading up to the Second Coming of Jesus Christ. It begins as a love story between a soldier, Luke Champion, and a news reporter, Cindy Manners. The couple marries, and after the birth of their very spiritually gifted twins, David and Dawn, the Champion family encounter one traumatic event after another over the years. The twins soon discover that God is calling them to embark on an urgent mission which mankind desperately needs. The completion of the purging of those that have lost faith will restore God’s Perfect Vision. Only the children of the world have the power to save souls before Christ returns.

Bob Kern has a unique style of writing, using a combination of historical events, fictional characters, Biblical stories and verses, blended with drama, mystery, suspense, and humor. Bob Kern also takes experiences from his own life and allows them to influence the characters and plots within the story. His life changing moment happened in 1985 when he was saved from a battle with chronic Depression. Bob Kern was born in New York City in 1960. Bob Kern lived there until 1998 when he and his wife moved to the Charlotte, North Carolina area. In the late 1980s and early 1990s, he was involved in Christian Music as a writer and volunteer for a Christian Music Magazine. Bob Kern became a teacher in 1989 and continued in that career until 2020, when he decided to devout his time to writing books. This is his second book. His first book was titled THE PERFECT VISION.