The Aire of Broome Park 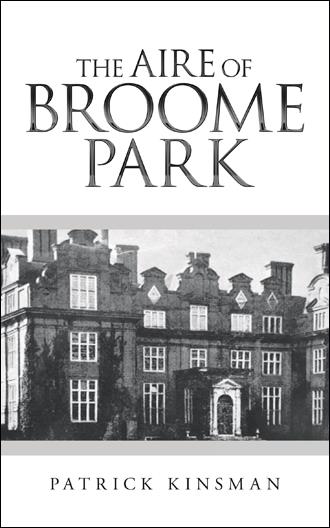 The events of this past summer only added to my uncertainty, which existed from the day I first stepped on the grounds of Broome Park. My Uncle Patrick had first told me of this place and insisted I place it on my “bucket list” of places to visit. I thought this rather strange, because he admitted that indeed, he had never been there himself. Still, knowing I was traveling with Lisa for 40 days to see as much of England and Scotland as we could stand, we left the last 2 days of our journey to take in as much of County Kent as time would allow. We began Friday morning, awakened by the sound of waves coming ashore under the Cliffs of Dover. Our quaint Bed & Breakfast overlooked the English Channel and with windows open because the previous night had been warm and humid, we had fallen asleep to a quiet stillness, only to be disturbed about 5:00am by the furious curtains, knocking against our night-stand lampshade forcing me to rise to an angry Channel with waves hitting the beach, as though they had been thrown all the way from France.

Join 21st Century American, Evan Christian, who while vacationing for 40 days in Great Britain, spends his last two days in the center of County Kent, England. At the suggestion of his deceased Uncle, he visits the English Manor Home, which served as home for 8 generations of his ancestors, the Oxenden Family. Long removed from the status of a residence for English Aristocracy, Broome Park is now a 5-Star Resort. Evan finds himself, accidentally going “back in time”, TWICE. First to 1941 and then again back to 1848, where he comes upon a Wedding Celebration, as an uninvited intruder. This Novel is Historical Fiction, with a Family Twist.