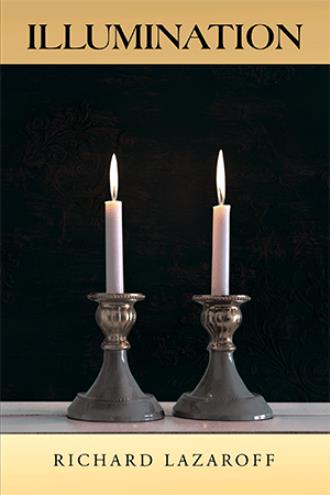 "Illumination shines a bright light on the trials, tribulations and triumphs of American Jews. Rachel Walsh is our engaging guide through the challenges faced by many Jews: the lure of assimilation and secular success, the pain of antisemitism, and the search for a spiritual grounding in the modern world. Richard Lazaroff weaves a compelling multi-generational family saga in which all must seek an answer to the eternal questions of faith and a meaningful life." - Gary Huber - Rabbi Emeritus - Congregation beth tikvah Rachel Walsh is a modern day woman in an interfaith marriage trying to sort through her feelings about her Jewish faith while navigating life as a busy pediatrician, mother, and wife. A chance meeting with the rabbi who co-officiated at her wedding leads to serial meetings where, together, they examine issues holding her back from allowing faith to enrich her life and the lives of the community where she lives. The book will especially appeal to lovers of historical fiction as this four generational novel follows the immigration of Rachel's ancestors from Kiev to South Haven, Michigan all the while examining historical events over the last one hundred years affecting American Jews.

Richard Lazaroff is a retired pediatrician living in St. Louis and also the author of Some Assembly Required--A Guide to Savvy Parenting.