A Rope from Above 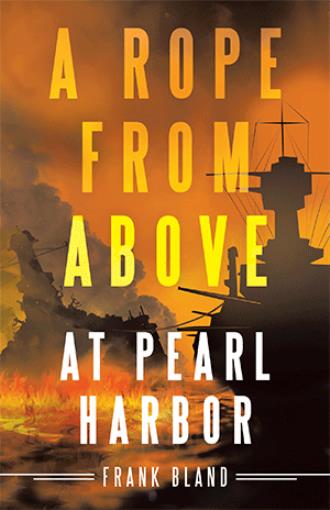 Before and throughout WWII, my father worked as a Mess Steward/Waiter/Cook 2nd Class on various US Navy ships. He was sent to the battleship USS Mississippi after boot camp until he was forgotten, then to the battleship USS West Virginia until it was sunken, then to the destroyer USS Mugford until after multiple battle engagements, and lastly to the destroyer tender USS Dobbin until the conclusion of WW2. Few people could have seen and survived the real-life events that he was a part of in the creation when he understood this was an epiphany. What he revealed about his difficulties and sufferings was life-changing for mind, body, and spirit. The purpose of this book is to inspire others to dig deeper. The purpose of this book is to inspire others to excavate any forgotten African American heroes and she-roes from the past, including those who lived before and after the "Great Generation." Keep in mind that "His" account will not appear in textbooks, archives, or mainstream media. Searching via numerous portals for documentation, ship logs, and general information about him and other African American sailors during WWII has been a fascinating journey. There are numerous regions where there are no records and there is so much wisdom to be gained from the ancestors' sacrifices.

The Rope symbolized death, but that changed for a short moment in “A Day that will live in Infamy.” After the Japanese attack on Pearl Harbor in Hawaii on December 7, 1941, President Franklin D. Roosevelt delivered “The Infamy Speech” before a joint session to Congress in War Declaration 125 on December 8th, 1941. The phrase “a date which will live in infamy” appears in the first line of Roosevelt’s address. People often use “Pearl Harbor Speech when referring to the speech.” Congress declared war on Japan an hour after Roosevelt finished his speech, bringing the United States into World War II. Few American political addresses are more well-known than this one, widely regarded as one of the greatest ever delivered. Discover how the unexpected tragedy and impending challenge facing this nation amid the lengthy racial conflicts impacted young African American sailors before and during World War II in the Pacific and at home, against the backdrop of the worst disaster in the United States’ 165-year history. This dreadful day claimed the lives of more than 2,4000 and approximately 1,200 wounded American sailors and service members of many colors and nationalities, plunging the United States into the world’s most significant war. This publication is about a kid who enlisted in the Navy on July 19, 1940, fresh out of a southern segregated high school, and found himself over a year later at the start of World War II for the United States. He had hopes and dreams of seeing the world while protecting his country. He was the oldest of seven children who wanted to be the ‘example’ for all the others and do something great. He also wanted to escape all the babies and crying children in the house! Inspiration for this book was also found in Richard E. Miller’s definitive account of African American messmen in the United States Navy from 1932 to 1943. Miller describes his work as “a revisionist approach that attempts more than anything else to elevate the messmen (the stereotypical victims of Navy racism) to the heights of heroic adoration they deserved as American warriors but never experienced” (p. vii). To some extent, this history honors the contributions of these Black sailors to the Navy. Richard Miller’s history of African Americans in the Navy from 1932 to 1943 is a realistic study of an essential part of American history that is comprehensive, empathetic, and trustworthy, quoted by Temple University’s David Farber.