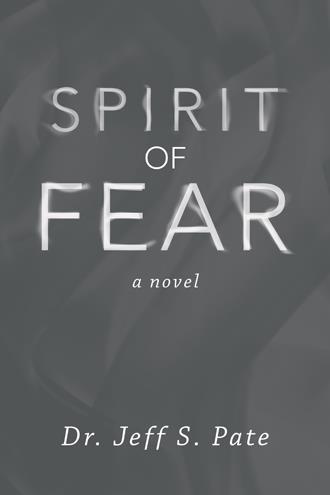 “What do you want? Who are you people? What did we do to you?” Tim was shouting at them hoping to get some answers before it was too late. The thought of coming this far only to fail was a terrible, gnawing pain. The hispanic woman stood in the middle and was clearly the leader of this crew, which was strange in itself. She was angry, violent. She had a face that was once lovely, before the drugs and hard living. But then she changed. Her demeanor, her face, even her smile just… changed. “You know what we want, Timmy.” It was still her yet it was somebody else. “We want you to suffer. To know fear in its purest form. To fail and ultimately, to die.” There was no way this could be happening. No way. Even her voice was different, lower and without a trace of accent. And now her eyes. Those eyes. “Del?” Tim somehow managed to embrace the crazy possibility. But there was no way this was possible! “Well, well. Looky who’s starting to catch on.” She stood there, cocky and proud. Her face beamed with delight like a school yard bully who just knocked down a weaker child. Tim’s face must have been pretty easy to read. Confusion, anger, fear. Trying desperately to make sense of this. “What’s wrong, Timmy? Don’t you miss your old pal? We left things on such…uncertain terms.” “Listen. I don’t know how you’re doing this. And I don’t know why you hate me so much. I—” “You want to know why I hate you?!” She was clearly livid. Her eyes burned with anger. “I despise you for so many reasons, Timmy. I hate you most because you think you’re so strong when really you’re so weak.” Then the anger turned to arrogance. “But I’ll show you how weak you are. I’m going to break you. I want to break that proud, brave spirit of yours. And then I’m gonna break your will. And then, I’m gonna break your wife’s neck right in front of you.” Tim’s heart quickened. There was not a trace of doubt in Tim’s mind that Del was capable of doing exactly what he said. “Please.” he practically whimpered the word. “Please, I’m sorry. You win. I’m broken. I’m scared. I’m at your mercy. Just, please. Please give my family back.” Instead of being moved by this confession the woman who was also Del seemed to feed off of it. She inhaled deeply as if she was being empowered by his fear and weakness. “Not yet.” She savored the moment like she could taste it and wanted it to last forever. She closed her eyes and smiled that sick, joyless smile. She opened them and looked Tim in the eye. “Not just yet. You can slip much farther than this. There’s more fear in you. Just wait until you see them. You’ll see them and be completely powerless against me because you are so… brave. But not for long.”

This book is a taught theological thriller that explores the complexities of the Christian faith set behind a dark supernatural storyline. Good versus evil is a story as old time and this book lifts the veil on the powers beyond the visible world. 4/12/22 Tim McDaniel is on his way home from work when a phone call shatters his world. While explaining to his wife, Liz, that he’s delayed in some road work she suddenly chides him for his practical joke, insisting she sees him in the driveway holding flowers and on his cell phone. Though he tries with some frustration to assure sure that he’s really ten minutes away, she is convinced he is home and hangs up to meet him outside. Disturbed by this strange turn of events, Tim speeds home to find his family gone and a note on the table that simply reads, “Did you miss me?” This begins the dark and twisted journey Tim takes accompanied by his best friend, Paul, to find and save his family. Childhood trauma and present day terror create obstacles to overcome and layers of mystery to unravel. From North Georgia to New Orleans to the abandoned summer camp he attended as a twelve-year-old, Tim must realize that not every battle is against flesh and blood. Malevolent forces are at work to destroy Tim and he is running out of time to find the faith he needs to battle this timeless enemy.

Dr. Jeff Pate has served as a Youth Pastor, Campus Pastor, and as a Worship leader before becoming a Senior Pastor. He loves the power of story-telling and has a keen interest in the unseen supernatural world. He loves Jesus, his family, and good coffee.