Visions of the Holy Land 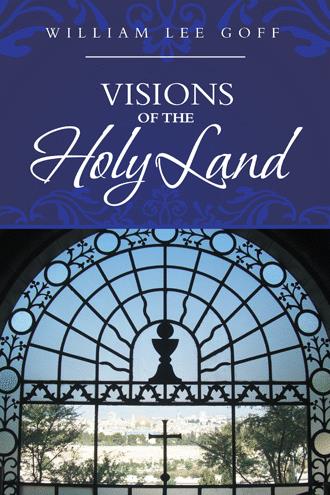 The woman stamped a piece of paper and put it into my passport. I rolled my suitcase and carry-on to an ATM machine and withdrew about $200 worth of Israeli shekels. Outside the terminal, I found a van going to Jerusalem. The driver put my luggage in the back, and after a few other passengers boarded, we were on our way. Soon we were winding up a steep highway. Since all the maps I had ever seen were flat, I was surprised how steep the road was up to Jerusalem. The van dropped me off just inside the Jaffa Gate in the Old City. It was only a short walk to the Gloria Hotel. When I checked in, the man behind the counter asked me if I knew that there would be a sound and light show that evening at the Tower of David next to the Jaffa Gate. He said, “They have a good museum there too. And if you go to the show, be sure to wear a jacket. It can get cool here at night.” I had intentionally scheduled my trip right after Easter to take advantage of cooler weather. At home the summers are hot and muggy. I wanted to avoid such weather while exploring the Holy Land. Before I left I bought an app for my smart phone that was called Guide to the Holy Land. It had recommended the Tower of David sound and light show. After depositing my luggage in my room, I went out and found the ticket office where I bought a combined ticket for “The Tower of David Night Spectacular” and The Tower of David Museum. I was looking forward to seeing the remains of a tower that King David had built in the city. The entrance to the Tower of David was over a short bridge spanning what looked like a moat. I wondered if it had ever been filled with water. Inside the ancient ruins, ticket holders were directed to the seating area in the open which was already more than half occupied. By now the sky was almost completely dark and the night air had become cool. I wondered how it could be hot here during the day and cool at night. It must be the elevation I thought. Somewhere I had read that Jerusalem is nearly 2,500 feet above sea level. The inner open area of the Tower of David looks like it may have been a fortress or palace. However there was no clear pattern to remaining structures which appeared to be partial remnants from various ancient buildings — including what looked like a tall, circular tower. The light show began by plunging us into darkness followed by a narrator in English who began telling the story of the different periods of history. As he spoke, the ancient white limestone walls served as movie screens for the projection of lively, colorful images rapidly depicting centuries of the history of Jerusalem. The images were accompanied by background music — both instrumental and vocal. The entire show lasted only about 45 minutes. I came away with a sense of awe realizing the depth and diversity of the history of this land. It struck me that my knowledge of the Holy Land was limited to the timeframe of the Bible. I knew almost nothing of the other periods of history — except for the Crusaders and their violent occupation of the land in the name of Christ. Suddenly my picture of the Holy Land acquired much more depth. I felt like a small and insignificant tourist privileged to stand where thousands and thousands of others had stood: As the sound and light narrator had said, “Peasants and prophets, kings and conquerers, pilgrims and builders; all now long forgotten.”

"A naive young minister goes on his first trip to the Holy Land to learn about its past. To his great surprise, he also discovers its surprising future."

William Lee Goff is a retired Presbyterian minister who has pursued his fascination with the lands of the Bible for decades. He has made seven trips to Israel. For ten months he lived and studied in Jerusalem, traveled from Dan to Beersheba, visited Gaza and camped out in the Sinai. He has also enjoyed shorter trips to Egypt, Lebanon, and Jordan. For many years he has studied both Hebrew and Arabic. While not claiming fluency in either language, he says that both Semitic languages have given him a new way of looking at the world. He enjoys playing the cello and performing in local theatre productions. He grew up and received all his formal education in Southern California where he and his wife live.