The Crystal Religion and Liberal Socialism 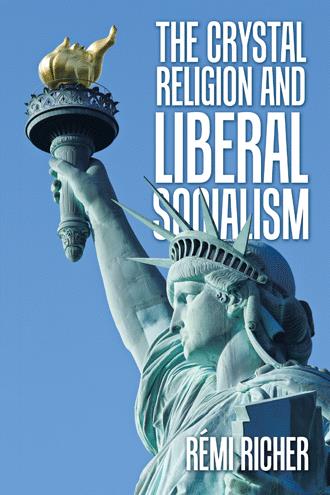 2. CHAPTER 2 2.1 A new religion, a universal religion 2.1.1 What I am GABRIEL: Rémi, how are you linked to the future of the World? REMI: I am intimately linked to the future of the World. I am the link between the Internal World and the External World, or between the Microcosm and the Macrocosm, or between the private and the public, or between the personal and the social. Because I possess the power of telepathy, and because this power is constantly being exercised, even unconsciously, it turns out that I influence the World through my thoughts. Of course, it would be completely wrong to claim that everything that happens in the World comes from my influence. For, as I described earlier, the World follows predefined time patterns, with fixed points that must necessarily occur, and free trajectories between these fixed points. Moreover, I am not the only source of influence in the World. In fact, influences are superimposed, interfere with each other, sometimes adding up, sometimes subtracting, like rays of light. When they add up, the light becomes more intense, and sometimes people close to me start to glow, a halo of bright yellow light surrounding their heads. GABRIEL: We will come back later on the different influences of the World. But let's come back to you. How do you impact the future of the World? REMI: Because of my magical powers, I influence the World through my thoughts. What happens in my life influences my thoughts, and therefore influences the World through my thoughts. GABRIEL: This idea brings me back to what you started to say earlier. You mentioned the idea that 1968 was the first stage of the New Age? REMI: Yes, it was indeed the first step of the New Age. Quite simply, because I was born in 1968. So I began to influence the World with my thoughts from 1968 on. GABRIEL: What period of the year 1968 were you born? REMI: I was born on September 24, 1968. But I began to influence the World before I was born, starting in March 1968. This influence took place in Europe, America, and Asia. This influence is not a physical influence, that is, it is not related to my physical presence. This influence operates anywhere in the World, as long as one is attuned to me. Nor is it necessarily me directly who produces this influence. In reality, it is the Sun that produces it through the light it diffuses. That is why this influence is more powerful in certain countries, because these countries have a Sun that corresponds more personally to me. GABRIEL: Do you mean that the different countries on Earth do not have the same Sun? REMI: The Sun is our star, it is unique, yet if you have the opportunity to travel to different countries, and if possible very far away from each other, you will be able to see, with a little concentration, that the light is different in different countries. This is also true within the same country. The great painters of yesteryear knew this very well, they who did not hesitate to travel to find a light that suited them better, whether it was the light of Brittany, or the light of Provence. Personally, I have seen that the light of Tokyo, or Yokohama, or Kyoto, is very different from the light of Paris, which is very different from the light of Saint Malo, or the light of New York. Each territory has its own light, although there is only one Sun. GABRIEL: So you are a sort of radio source, amplified by the Sun, and filtered by the aura of each territory? REMI: Yes, that's about right. Except that the radio source is also filtered by the aura of the territory where it is located. So, depending on where I am, my thoughts are different, because they are influenced by the environment, by the territory. But my thoughts also depend, first and foremost, on my personal situation, my degree of maturity, my personal history, my culture. So I am a radio source whose signal is influenced by the territory where I am, by my personal situation, by my degree of maturity, by my culture. This signal is emitted towards the Sun, which then amplifies it and retransmits it all over the world. This amplified signal, this light, is then filtered by the aura of the different territories, but also by the aura of each individual on these territories. Each territory can be considered as a radio receiver capable of receiving certain frequency bands. And each individual can be considered as a radio receiver capable of receiving certain frequencies within the frequency bands received by the territory. GABRIEL: But why would the Sun do that? REMI: Because the Sun is My God. I have to tell you about a memory that I have buried inside me, and that dates back to before I was born. 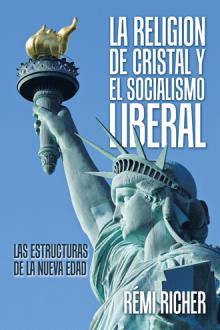 It has become common to talk about the New World, or the New Age. But what is it really about? What can this New Age consist of? This book is the first stone in the vast edifice that will constitute the New Age, proposing two fundamental structures to any new civilization: its religion and its economic paradigm.

Rémi is a computer engineer graduated from the Institut Supérieur d'Electronique de Paris, and holds a Master in Human Resources Management from the Institut d'Administration des Entreprises. He worked for ten years on large industrial IT programs, and then for fifteen years on IT projects for Human Resources. He has carried out numerous projects in the field of payroll, which allowed him to imagine the basic idea of his new economic paradigm.