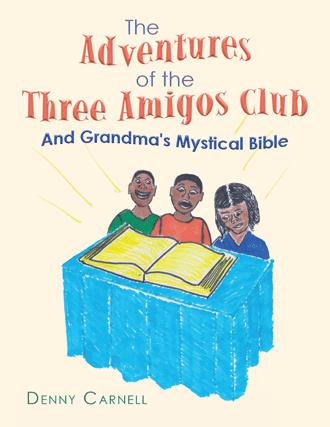 It was funny being in the fish’s mouth. It is funnier because we can talk to the fish. I do not know how God did it, but the fish had a face and could talk to us and we were able to talk to the fish while we were inside of its mouth. The fish first asked us our names. Tamar told him our names are Tamar, Tommy, and Terry. I said yes. We are the Three Amigos. The fish laughed. It was a funny laugh. He said now where do you come from? I said we are from Franklin Falls. Where is Franklin Falls the fish said? I have been all over this world and I do not think I have run across a place called Franklin Falls. Well, it is a city and maybe you might not have heard about it, Tommy said, but I think we are a long way from the Franklin Falls. Well anyway the fish asked us would you like to have something to eat. Or would you like to have something to drink? What do you mean said Tommy? Tamar also said what do you mean? How can we eat anything in here? I put my hand on my hip and looked at them with a puzzling look because I did not understand it either. We are inside of a talking fish with a face. Mr. Fish said if you want something to eat, I can prepare something for you to eat. If you want something to drink, just go over there to the pond and drink from it. The water is good and fresh. What did you say? Water from inside a fish? I do not know about this Tamar said. Mr. Fish said to us what? You do not believe God can do that? Look at me I am talking to you. You are standing inside my mouth. How dare you question God’s miracle fish. You got to believe me because I am talking to you that God can do anything. He can do anything. He made me just for this occasion. He knew that Jonah was not going to do his will. He knew that Mr. Jonah was going to run away from what he was assigned to do. And God wanted to make sure he got back to what he is supposed to be doing. There are some things God is not going to allow us to get out of. When he gives an assignment about life, he expects us to carry it through. It does not matter who you are. If God wants to use you, He will use you. If He wants to use a fish, then He will use a fish. If He wants to use the Amigos, then He will use the Amigos. If He wants to use the prophet Jonah to go and talk to the people of Nineveh, then He will use Mr. Jonah. God wants to save the people of Nineveh. He will only save them through Jonah. So, when God chooses you to do something for Him, He expects you to do it. Be careful to obey him or you may end up in the belly of a whale. OK we looked at each other and understood our Bible lesson in Sunday school. Mr. Jonah was supposed to go to Nineveh and preach the gospel. We tried to convince him to go to Nineveh, but he insisted that he was not going to preach to the people of Nineveh. So now we all ended up in the belly of a talking fish who will feed us and promise to let us have a drink from the well inside of him. Can you believe that Tommy said? No, I still cannot believe it said Tamar. I quickly said but you know God can do anything. We went over to drink some water from the pond then the fish said wait I am sorry let me build you a fountain, so you will not have to bend down. We drunk from the fountain and that was some of the best water that we ever tasted. I think I can speak for Tamar and Tommy as they looked, they could not get enough of the water. I have never seen them drink so much. Then we ate some sandwiches that Mr. Fish made for us. We ate until our bellies were tight and full.

The book is about three young people who are friends and have established a club called the Three Amigos. These young people are neighbors who have an intimate relationship with each other as their parents are good friends who also grew up together. Terry is the main character. Terry's grandmother now lives with them since his grandfather passed away. Terry's grandmother is on vacation at one of his aunt's house. One day as Terry passes his grandmother's room, he notices a light shining under his grandmother’s bed. He gets his friends who were downstairs playing video games to come upstairs with him to investigate the light in his grandmother’s room. As they nudge each other to go in her room they finally went in the forbidden room (because his grandmother did not give them permission.) They discovered that it was his grandmother’s bible which gave off the light. Being afraid that his mother would come and discover that they were in his grandmother’s room Terry pulled the blanket off of the bed over them, pulled the bible out from under the bed as it was shaking and opened the bible. They were then sucked into the bible and off to a bible adventure. They experience a bible adventure every time they open the bible.

Denny Echols was born and reared in Detroit, Michigan. He grew up in a close Christian family of five sons, a Pastor Father and Evangelist Mother, and was taught to love God. Graduating from Wayne State University he was trained in the field of business management. In his Christian walk his dedication to Jesus Christ led his pastor to appoint him as the youth pastor. While acting in this position he helped many young people come to Christ. Denny worked in many other positions in the church such as Minister of Music, Sunday school teacher and department leader, Summer Youth Activities Leader, Summer Vacation Bible school teacher and coordinator of Youth days. Denny loves young people. He founded and pastored the Pentecostal Temple church for twenty years where many young people attended. He is currently retired and living in Florida. He is married to Darlene and has one daughter Jessica and one son Harold and one grandson Harold (Little G.)