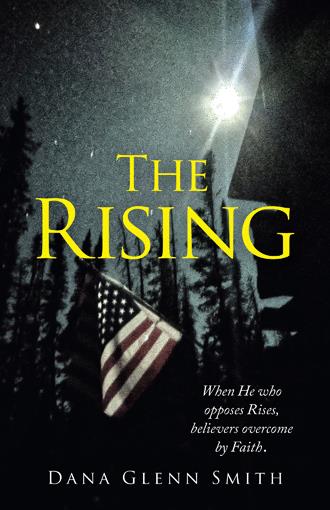 CHAPTER ONE American Autumn Excerpt "This is a great beginning to this American Autumn", Mac thought, looking at the load of Brook trout caught for breakfast. A person must have the Wyoming mountain breakfast, a distinct delight. First catch the fresh trout from an icy high mountain stream. Dip trout in cornmeal and fry in hot grease. Cornmeal breading is the key for trout. Smoke from the campfire swirled in the early morning coolness. The scents of pine, high mountain flowers, and the fire filled the air with exhilarating smells. Dorothy took it all in warming herself by the fire as breakfast cooked. A steaming tall, blackened pot of campfire coffee was ready to be enjoyed. This morning breakfast and coffee was served from the open fire pit they had. The stove in the tent was used at other times. In the winter it heated the place up which was fine, but in the summer or fall; it was not always needed. "Sleep well last night?" Mac asked. Dorothy nodded yes. She was dressed in heavy jeans, hiking boots, sweater, and a light jacket. Cool crisp air greeted the pair. Mac's breath visible this morning. "This mountain air is cold and clean smelling, love it! No odd smells or smog Dorothy exclaimed." Her hand whisked hair from her brow as she looked at Mac asking, "How did you sleep?" Mac's blue eyes sparkled revealing pearly white teeth. A strong chin now covered over in a weeks' worth of salt and pepper beard contrasted with a broad smile. "Fine, love being here. Just the two of us, besides happy anniversary dear". Mac grabbed Dorothy, pulling the pair into an embrace and a long kiss. A young doe moved out of a small stand of brush, looked at them and began munching on grass. "We are not alone" Dorothy chuckled. "Five years since you and I met. Not long after that the Guardian's destroyed the Colonel and project black light. Then our first time before a Preacher as we both took our wedding vows. Today we celebrate our union as a married couple. So happy Fifth anniversary Dorothy Donovan." Mac smiled as they both gazed into each other's eyes, followed by another kiss. "Yes, and to Mr. Mac Donovan, Dorothy paused, then moved closer. The fire was hot as the two stood together. The heat of the moment led to another seductive kiss. Dorothy whispered in Mac's ear "serving breakfast now!" His eye's followed Dorothy dressed in heavy jeans. Yet her body moved in a seductive walk to the table. She could not help that her fine figure made her look so sexy. "A lucky man, yes!" Mac thought heading to where Dorothy stood with a plate of Trout. She had been working in the underground project as head nurse. Dorothy never realized who the Colonel was. Guardians with Ace as lead rescued Dorothy along with Mac out of the cell where they tortured him as a prisoner. It was Dorothy's experience in emergencies that saved Mac. It was the Lord's mercy that delivered him though, he smiled as he recalled the experience. Thanks to this run in with Colonel Schmidt, Mac understood the evil that had flowed from this man. Yes, Mac and Dorothy survived, as did Ace and others. The Guardian's destroyed the base of Alpha project and most of the remains, leaving no sign of the Luciferian project, black light or even Viper. Yet traces of Viper may seem gone but he knew deep inside the threat was ever present. Mac entered the big tent which came with the bulk of the outfitters camp. Cliff and Mac had pack horses and wranglers who set up the camp. After hunting season crews dismantled the camps. Mac looked around the equipped outfitters tent. It contained a stove, cook-top, and an oven that also heated the tent. For this trip, there was only one double cot. He and Dorothy shared the cot and the big warm sleeping bag. It was a heavy duty hooded, two person sleeping bag. You would sleep in warm comfort in the coldest of weather. A closet sat off to one side. The big 20 by 30-foot outfitter tent had more room than needed by the pair. The large table outside the tent provided for ample dining. A smaller table for cooking stood by the stove. Fishing gear had its place in the corner. Fishing was the agenda after breakfast. Mac sauntered to the table that sat a short distance from the fire. Grass formed a carpet with pine needles scattered on top of it. The whole camp sat on a slight knoll. Heavy pine forest around the camp kept it secluded. To the west was an open meadow, brown now in the fall. The shorter grass moved along the flat with higher grasses protruding near the stream. From a distance the ripples in the blue water had shadows from the rising sun. Off to each side were tall and short pines, thick and well dressed in an earthy green color. The whole scene matched well having a high ridge running along the stream.

The Rising is part two of the Steel series. Here we introduce a former black-ops sniper named Mac. He is hard core and one of the best at what he does. His work is secretive, elusive, and necessary. But he wanted out. Having escaped death many times, he now with his wife Dorothy who also is a former acquaintance of the Black-ops lifestyle.But here we find danger and intrigue as he battles to survive the forces bent on destroying him. Alongside Mac is a twin brother, a radical patriot preacher, a jewish prophet, and an assortment of other people drawn from the pages of the mystery to which Mac was part of. The setting in current day America and the enemies are those who are in plain sight. Events move forward and it looks like the whole nation is coming undone. The suspense, excitement, and the prophecies carry you to the climax. In the end, we find a beginning.

Dana G Smith has been writing in-depth Christian focused books, articles, and materials for over two decades for His ministry. Dana Specializes in Christian redemption, discipleship, faith, prose, mystery, suspense in the days which we live. He is a graduate of Trinity Bible College in N.D. Dana is the President of the WIBR/WARN Radio ministries that specializes in preaching, teaching, writing, publishing, and advocacy for the persecuted church. The work carries into those worlds where you can find the hard reality between fiction and truth. It is a world where principalities and powers reside. It is a world where Jesus Christ is King of Kings and Lord of Lords. The work is set in motion in the days we live in. As with all the writings they bring you to an inescapable decision. But the journey is the enjoyable part of the learning experience. It is an entertainment that brings you comfort in knowing that in the end there is the beginning.