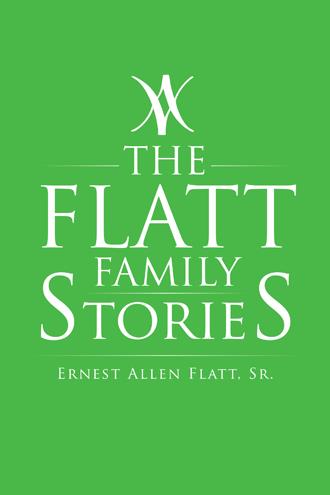 Rufford Griffin a Texas Ranger now was running outside the jail, there was the Sheriff in full sprint just ahead of him running for dear life. as they got to the corner another shot rang out. Rufford ran after the sheriff, and being a younger, slimmer, quicker man, caught him just as the two lawmen jumped a wooden white 3 foot tall fence. Another shot rang out. Another miss. While they were in mid air, Rufford reached over and grabbed the sheriffs gun out of his holster. As they landed on the other side of the fence, Rufford turned and fired at the murderer. Bam! The shot rang out. "You got him said the sheriff, and you shot your sight off your own gun he was shootin' at us with".

The Flatts have always been great believers that God comes first, closely followed by family. Though they may agree or disagree about a variety of subjects, they will always be the Flatt family—proud and strong. In collection of stories that were told to him while growing up, Ernest Allen Flatt, Sr. shares insight into both sides of the Flatts that include his mother’s family, the Griffins. Throughout the action-packed tales that begin in 1898 and continue through the present day, Flatt offers an entertaining glimpse into the two families’ experiences as they moved from Tennessee to Kentucky, and then to Ohio and back to Tennessee again; married and gave birth to offspring; attempted to survive the challenges surrounding the Great Depression and two world wars; and dealt with killers. Flatt also shares background into his own life as he transformed into a professional musician, married twice, raised children, bought two motorcycles in the same day, retired, and battled health issues. Included are two family trees that can be utilized as a reference. The Flatt Family Stories is the memoir of two Southern families as they navigated through one hundred and twenty-three years of life.

Ernest Allen Flatt, Sr. started out in the music business at age twelve. By the time he was twenty, he had visited forty-two states and nine countries as a professional musician. Ernest later became pastor of a country church and a vocational teacher. Now retired from the Department of Human Services in Tennessee, he spends his time writing books.