The Story of an Unborn Child’s Fight for Life 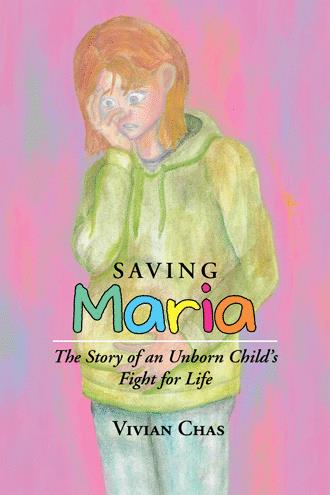 “Are you okay?” Natasha asked. The girl inside the bathroom stall suddenly became quiet. “Are you okay?” Natasha repeated standing by the closed door. “I’m fine!” snapped Jackie. “Please leave me alone.” “You don’t sound fine,” Natasha persisted. “You sounded like you were throwing up.” Natasha heard Jackie start to retch again, great heaving sounds. She heard her sobbing in-between the heaving. She waited silently and patiently by the door. When Chris had texted her that Jackie had gone to the bathroom, Natasha knew the moment had arrived when she must confront Jackie with the truth, and her stomach had knotted in anticipation. She had asked her teacher for permission to leave the classroom to use the bathroom, and had hurried along the hallway, her nervousness increasing when she neared the bathroom. She had heard Jackie retching the moment she pushed open the bathroom door. Fortunately, there had been no one else there. After a moment, Jackie cleared her throat and opened the door of the stall and walked out. Her eyes were red, and her face had a pasty look. She gave a start when she saw Natasha standing by the stall door. “What are you still doing here?” she demanded angrily. “I thought you left.” “You sounded very sick. I’m not leaving until I know you’re okay,” Natasha replied gently. Jackie brushed past her and washed her hands and face vigorously at the sink. She ignored Natasha who stood watching her. She didn’t know what to do. The girl was even more unfriendly than before. If she left now, she probably would never get another chance to break the ice, so she decided to be reckless and cut to the chase. “Are you pregnant?” she asked. Natasha saw Jackie freeze. Their eyes met in the mirror. Jackie’s looked stricken. Natasha smiled gently and moved closer to her. “Look ... you can tell me if you are. I won’t tell anyone.” “Why would I tell you anything?” “Because you look like you need a friend.” “I don’t need no friends!” “Are you sure?” Natasha looked searchingly at Jackie who looked conflicted. “I just want to help.” “There’s nothing you can do,” Jackie said. Then her face crumpled, and she began to cry. Natasha moved closer to Jackie and put her arms around the crying girl. “Shh,” she comforted. “Everything’s going to be okay. I am here for you if you need me.” Jackie pushed Natasha away and looked at her through tear-filled eyes. “How’s everything going to be okay? You’re right, I am pregnant. Pregnant! You must think I’m immoral.” “No, I don’t,” Natasha said gently. “I just think you made a mistake. We all make mistakes. It’s what we do to correct them that matters.” “I am doing something to correct my mistake. I’m having an abortion!” “You’re killing your child?” Even though she knew Jackie’s intent, her unemotional declaration came as a shock, and it showed. “See ... I told you. You are disgusted with me.” “No ... I’m not,” protested Natasha. “It’s just that hearing you say you want to kill your baby shocked me.” “Then what should I do with it?” Jackie demanded angrily. “I’m sixteen and I have a whole future ahead of me. I can’t be saddled with a child!” “Who told you that?” Natasha asked quietly. “My moth....” she trailed off. “Your mother? She’s wrong you know.” “No, she’s not. She had me at fifteen and has regretted it ever since.” Tears rolled down Jackie’s face as she stared despairingly at Natasha. “You seem to be a nice person, Jackie. I don’t really believe you want to kill your baby.” Jackie turned away and stared at her feet. Natasha tentatively took one of her hands in hers. “You should not go through with it. It’s evil and it will haunt you for the rest of your life.” “No, it won’t. Mom doesn’t seem to care. She’s killed several others after me. She wishes I were dead, too.”

Sixteen-year-old Jackie is pregnant and sickened by what her mother is forcing her to do. Still, it seems she has no other choice as she has no idea what she would do with a baby she is not prepared to care for or support. While standing on a sea of clouds with Jesus by his side, Johnny Wickrema witnesses the brutal scene between Jackie and her mother. After asking Jesus for guidance, Johnny realizes he has the power to stop the abortion and pays a ghostly visit to his teenage siblings, Chris and Natasha. After they agree to help save baby Maria’s life and the souls of Jackie and her mother, the teens embark on a mission of love where they are soon exposed to the shocking evils of unrestrained relationships, not just among adults, but also their schoolmates. Will they find a way to save the tiny baby’s life and the others from falling prey to the same evils? In this inspirational tale, a brother and sister embark on a devoted mission to save a tiny baby in danger of being aborted by her teenage mother.

Vivian Chas is a former journalist who is passionate about helping young adults and others fortify their morals inspired by God’s word and ultimately build a personal relationship with Him. She is the author of two other books, Saving Grace: A Troubled School and Lethal Possession.