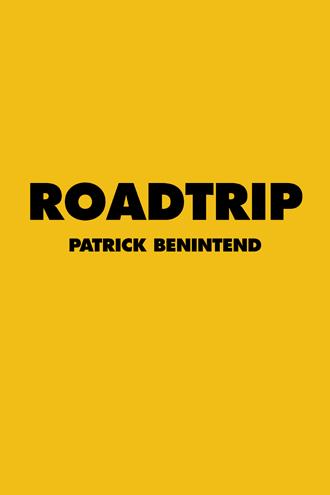 “I have three weeks holiday,” Sean said. “That should be enough time to see America.” “Three weeks! Are you serious? It takes a week to drive to California without too much sightseeing.” I told Sean. I really knocked Sean back on his heels with that statement. He had just arrived that afternoon from Scotland believing he could see America in just three weeks. He looked at me stunned and asked if I was kidding. I told him I wasn’t and he fell silent for a while. That was the first time I met my cousin Sean. He had been working for six years and saving his money for this trip to the United States. He had heard about me from one of our mutual aunts in Scotland who keeps in touch with my mother. Since Sean and I were nearly the same age he began writing to me about a year ago about coming over. I wrote back telling him I would be happy to have him. So we had planned the trip foor about a year.

Luke DeCarlo , who lives in Pennsylvania, is being visited by his cousin, Sean, from Scotland who he never met before. Sean wants to see America. And Luke planned on showing him around the local area. But Sean wants to see all of America in three weeks. Luke’s friend Jim Jankowski stops by to meet Sean and is told that Sean wants to see the whole country. Sean didn’t realize how big America was and is disappointed when he’s told that he doesn’t have enough time to see it all. The three sit and talk and get to know each other. Luke and Jim tell Sean that it takes three weeks just to drive to California and back. Sean wants to do it and Luke and Jim accept the challenge. So, the three of them set off on a cross country trip. They see the sights, visit friends and family, meet new people and deal with the unexpected. While keeping a tight schedule so Sean doesn’t miss his flight home.

Patrick Benintend, currently a Loan Signing Agent, has a bachelors degree in anthropology from California University of Pennsylvania. After 20 years working in archaeology Patrick has worked in 25 states and two countries in Europe. Patrick currently lives in Pennsylvania.