Twins, Tragedy and the Journey Toward Recovery 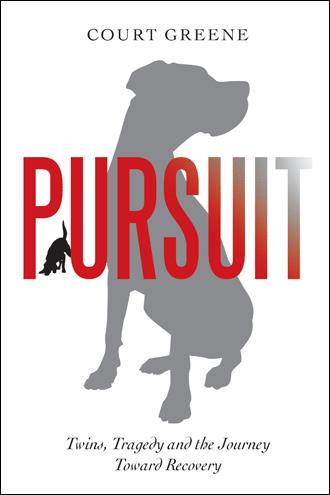 Teeth flash beneath curled lips, as saliva foams before flying through the air. Growls, grunts and the sounds of lungs rapidly filling and emptying echo through the trees as man and beast inhale and exhale. This torrid gasping for breath comes during a pause in the midst of, perhaps, a long chase that may or may not end here, it is really the quarry’s choice. The chase could end, the chase could continue. All we really know is that the action, or at least the act, is right here. The entirety of the world is concentrated into that which concerns those present right here. It is in these trees. It is amidst these hills. It is everything. Dogs chase. Fierce black claws driven by massive paws and even larger and more powerful forearms swat in the air wildly as the very same dogs that chased a bear into this once peaceful setting dart to escape the carnage those claws could inflict. Will the bear climb a tree? Will the bear fight? Will the hunters get close enough in time to put an end to the fight before the dogs are too tired to protect themselves? Well, you never really know. I, for certain could not tell you. After all, the exciting scene described above is what I imagine an Appalachian, dog-driven bear hunt is. Now, lest anyone think I am one of what I assume to be many writers who captivate audiences with first-hand accounts of things which I did not, in fact, see first hand, I ask you to hear me out before you render your judgement. I once considered myself a bear hunter; once. I considered myself one because I did in fact go bear hunting. I considered myself a bear hunter because I had, like most if not all bear hunters, listened to the baying of walkers, redbones and plot hounds as their passionate cries stirred my soul and propelled my burning legs up the sides of mountains well beyond the point at which any reasonable human being would have turned around and gone home. I considered myself a part of the team, because I found a group of people who only cared about what I could contribute to the goal, not where I grew up, not who I knew, and not what I did to earn a living. I considered myself whole because I was able to reconnect with who I was, to get back to nature, and to restore my soul. I was far from seasoned, and far from what anyone would consider skilled. Sometimes, though, wanting something is enough. After all, that is why they call it hunting, is it not? It is the hunt that drives the hunter. It is not the catch, but the pursuit. No, a bird in the hand is not better than two in the bush. It is not better, it is not equal, it is nothing. A bird in the hand is just food, but a bird in the bush, or in our example a bear in the thick mountain laurels, that is pure motivation. At least, it could have been. I suppose some explanation is in order here, so let me focus on just that. I do not hate bears. I do not harbor a grudge against them. So why this drive to pursue them? As expressed above, I have little to no skill in tracking them, and as of the writing of this page, have never even raised a rifle to take a shot at one. All I know of this sacred ritual is what I have been told happens when you are one of the chosen, or one of the skilled. I know about the dogs, because I have led them to the point at which they picked up the trail and turned them loose. I know the sound because I have experienced its piercing of the cold mountain air currents. I know the prey, because I have dragged their formerly powerful and by the time I reached them, lifeless, bodies down mountainsides. After all, the newcomer must pay his or her dues, and I am happy to do it without complaint. But why? Why put myself through this? Why drag someone else’s success for miles? Why should I care about chasing giants through trees and over mountains if they have done no harm to me? It is all in the motivation. It is why this bear season was the most important of my life. It is why this hunt had everything, past and future, riding on it. It is why for me, the world changed with one sentence. The man who uttered it had no idea, he simply could not, how powerful his seemingly innocuous words could be. Still, they crushed my soul much more quickly than the bullet fired later that day ended the life of the bear through which it passed. At least I assume it ended quickly. I guess I will never know.

Suicide is a serious and, sadly, increasingly common phenomenon in our world. It gets much more serious, though, when it affects those we personally know and love. Pursuit is the story of a pastor whose twin brother’s death came in such a way, casting his life into turmoil. Using hunting and fishing stories to make complex emotions and ideas understandable, the reader will take a journey with the author through his past (with his brother) and toward healing. Along the way readers examine the identity crisis that the author faced, wrestle with biblical truths, and understand the anguish through which those affected by suicide often go. Pursuit is just that, a dogged pursuit to recover identity, something like normalcy, and healing in a world suddenly changed. Attempting to bring help to some, and understanding to others, pursuit is presented in a raw and honest way for which the author does not apologize, but does hope potential readers will find necessary and not gratuitous.

Court Greene is a husband, father, pastor, and outdoorsman from Western North Carolina’s mountains. His twin brother’s suicide sent him on a quest to recover these and any other forms of identity, as the man he thought he was became something else.