In Such a World 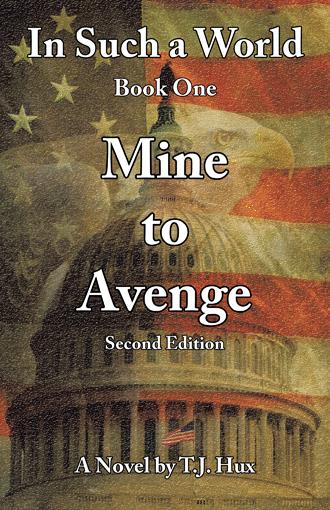 Chapter One July 13 Pacific Ocean, off the South American Coast The light of the moon refracted through the gentle waves of the dark Pacific waters off the coast of Colombia. Beneath the waves eight men glided silently toward their target, their silhouettes visible to each other only by the broken moonlight that penetrated the ocean surface. Guided by their GPS underwater navigation boards, they cruised ten feet under the waves, invisible to anyone on the surface. The fire team had hitched a ride on 41’ Combatant Craft Assault (CCA) operated by the six-man Special Warfare Combatant-Craft Crewmen (SWCC) crew, the boat and crew uniquely built and trained to insert, extract, and offer close support to their SEAL brothers if necessary. The low profile, radar absorbing craft had carried the eight SEALs to within five miles of their target. The team swam three miles on the surface, then submerged to ten feet to continue their approach using their LAR V Draeger closed circuit rebreathers that emit no bubbles that could alert hostiles to the presence of divers in the water beneath them. They approached the stern of the massive private yacht, their mission prep indicating the best boarding point being the swimming deck at the stern. The fire team split into pairs, two positioning themselves to cover the starboard stern, two providing cover on the port stern. One pair took up a covering position just off stern. The final pair faced the greatest risk. They would be the first to board. Just beneath the surface, each team member rotated their night vision devices into place. As rehearsed countless times, the four pairs surfaced, their eyes immediately sighting through the optics of their own unique weapons. All eight members immediately spotted their first challenge. Two armed targets, guarding the yacht quarter deck, their access point. Instantly, silently, each man disappeared beneath the waves. Having rehearsed for this and countless scenarios, each man adjusted their position and made ready. The pair of SEALs guarding the stern again broke the surface, acquired their targets and fired twice each from their sound-suppressed weapons. At the sound of the shots, the boarding pair, having ditched their close circuit breathing apparatuses, launched themselves from the water onto the yacht’s swim platform and took up covering fire positions, their weapons scanning for threats. Boarding from the port side, the second pair boarded and immediately ascended the steps from the swim deck to the quarter deck, pausing only to fire once into the head of each target that had been shot from the water. Insurance. The third pair was boarding when voices began to be heard from within the yacht. Yelling, orders, panic, Spanish. By the time the next members of the yacht's security team emerged from within, all eight members of the fire team were on board, in position, and ready to begin their well-choreographed deadly dance. Moving still as pairs, the team split up to secure their predetermined areas of the yacht. Inside the yacht, panic was ensuing. More panicked screams and shouts, urgent words and phrases in Spanish. Deafening, unsuppressed gunfire came from various parts of the yacht, some of the crew panicking and firing blindly, others squeezed off a few rounds as they died. None managed to fired aimed shots at the assaulters. They simply didn’t have time, the assaulters too skilled. One pair, assigned to secure the passenger deck, moved on each other’s shoulders down the stairs and began clearing the eight rooms assigned to them. Now crying could be heard, more shouting, screams, in Spanish, and English. The pair exchanged a glance before breaching the door. Someone inside that room, a woman, was calling in English. “Americans! Don’t shoot! We’re Americans!” The US Navy SEAL known by his call sign “Dino” breached the door and his partner, “Preacher,” swept the room with his weapon, identifying the screaming woman who was retreating backwards, deeper into the room. Preacher recognized the man immediately. Number three on their target list. The man dove across the bed, his hand reaching toward the bed stand. Preacher fired twice, then once more. Two in the chest, one in the head. The woman screamed and lunged at him, but Dino moved in, tackling her and securing her hands behind her back with zip ties. While his partner worked, Preacher’s trained eyes scanned the room for possible intel. No laptop or cell phones were visible, and the mission didn’t allow time for a thorough intel sweep, but he did spot a man’s wallet on the bedside stand. He raced for it and snatched it up, then resumed his covering position by the door. The pair made ready to reenter the hall and clear the next room as the woman screamed hysterically. “You killed him! You killed him! He was an American!” Preacher tapped Dino’s shoulder, the signal to move out into the hall. Expertly Dino shouldered his Mk18 and sighted down the hall before entering. Moving in tandem, Preacher followed, sweeping the hall behind them. The roar of a Kalashnikov Model 1974 drowned out all other sound. Dino returned fire as Preacher immediately pivoted to bring his weapon to bear on the threat. Both SEALs fired methodically at the hostile who had emerged from one of the guestrooms two doors ahead and across the hall. Two in the chest, one the head. Six bullets destroying the man’s chest and head. Preacher watched his tango fall and his partner drop to his knees, then slump to the floor, clutching his throat. Discipline and training took over. Ignoring the instinct to help his wounded friend, Preacher stepped by him and continued down the hall, calling into his comm unit the words every operator dreaded hearing. “Downed Eagle! Downed Eagle! Passenger deck!”

A warrior searching for grace; a terrorist seeking vengeance; an organization trying to hide its evil; investigators trying to stop the violence. Ex- Navy SEAL Matthew Pierson finds himself in the crosshairs – hunted by extremists and the people he once served. To redeem his life, he must learn how to survive in such a world.

With over thirty plus years of pastoral ministry, Hux has had the privilege to befriend and care for members of our law enforcement and military communities. Having learned from them the challenges of living with the darkness they experience and at times deeds they have done, Hux has grown to understand the struggles they face with remorse and shame. He's also been told real life stories of off the record activities that have sparked his imagination. His books are written to not only tell an exciting tale, but to help remind his readers that there is grace, healing, and hope for all of us.