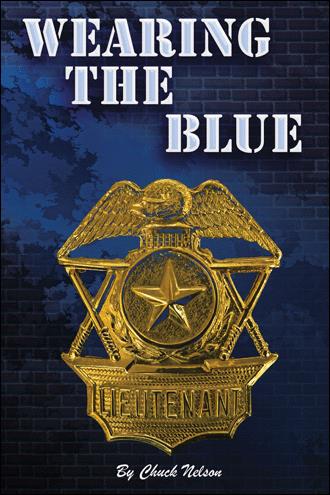 I don’t want to just tell the reader sea stories about my experiences as a beat cop. I will tell some stories, but I want the reader to appreciate the stories in the demographic, social, and political context of the city, state, and nation at the time. The experiences officers have in the line of duty occur in a certain set of circumstances at a point in time, but they are not isolated from the greater cultural context. Law enforcement officers and the culture are both influenced, impacted, challenged, and changed by evolving social and political events and perspectives. Police officers often make decisions in a split second that will take a six-month trial to sort out in a political, social, and legal context.. Everybody is changed by their life experiences. The life experiences law enforcement officers encounter can be frustrating, intense, and traumatic on a scale above what the average person experiences in their work. These experiences will have an impact on individual officers and each officer must learn to deal with them in a healthy way. Most do, some don’t. I can only describe what I experienced, how it impacted me and how I dealt with it. The American justice system is built around the idea that it is better for a guilty person to go free than for an innocent person to be imprisoned. Who can argue with that concept? As in any imperfect manmade system, it gets complicated and even messy in the application of that concept in real life circumstances. Nevertheless, as a Christian, I came to grips with what I saw as the injustices and inefficiencies of the justice system by reminding myself that man’s justice is and always will be imperfect. God’s justice, on the other hand is absolute. I reminded myself that Scripture tells us that “It is appointed unto men once to die, after this the judgement.” (Hebrews 9:27) I told myself that I didn’t need to obsess on the shortcomings of our justice system because, in the long run, we all must stand before God where justice is served. If I were to lie in court or produce false evidence to force what I thought was justice, I would be no better than the other criminals. So, I did my best to play the game by the rules and let the chips fall where they will. We have one of the best justice systems in the world, but it is imperfect and run by fallible men and women. Accordingly, my confidence was in the fact that while there is often injustice in the short run, over a period of 100 years justice is absolute. I also reminded myself that even the vilest criminal can escape eternal punishment by accepting God’s salvation by faith in Christ Jesus…. just as I did. It was and continues to be necessary to frequently remind myself of this perspective. At the time I went on the streets as a rookie cop in the City of Oakland, California, there was a lot of turmoil in the country. There had been race riots in a number of large cities across the nation and the nation was engaged in an unpopular war in Viet Nam. The Black Muslim religion was often in the headlines nationally and was active in the Bay Area. On top of this, the Black Panther Party had been established in Oakland and would soon have a national reach. The Black Panther Party headquarters was on beat 8, one of my regular beats. In addition to this, there were various leftist terrorist groups in operation around the country and locally. Most of these groups were anti-police and even targeted police on occasion. This would become very clear to me over time.

The author with over 34 years of experience in law enforcement takes the reader on his personal journey from a kid in the country to a cop in the city. You will be with him as he decides on a career path in college. You will follow him through recruit school and onto the streets of Oakland, California as a rookie cop. The author will share his experiences and observations through a diverse career in law enforcement. The reader will see how political and cultural turbulence impacts officers on the street.