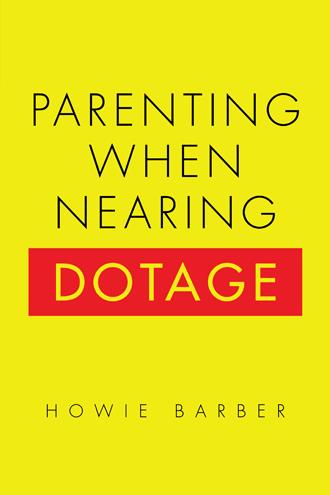 Have you ever wondered what ever happened to all those priests who resigned in 1968? Some have. Well now, search no more for an answer to that and other pressing questions. At a time when American women were having their last child at age 29, the author and his wife were having their first at 35. Having children when your peers are having grandchildren is worthy of our consideration and is one of several subjects of this book.

In deference to the tales in this book, I was born in Valley Heights, Minnesota on January 4, 1937. That places me well into the fourth month of my 85th year. My wife, Clara, is six months behind so she has two months left in her 84th year. We have been married for more than 51 years. As you will shortly learn, many stories in this book make a great deal of fuss over the fact that we did not birth our first child until we were 35 and our last child when we were 38. Let me explain the two questions this raises: what’s the big deal about having children in your middle to late thirties and, if that’s a problem, why did you wait so long. These tales were written forty years ago. At that time the average American woman had her last child at 29. So we were getting in the birthing business a better part of ten years later than the norm. And that scared the living bejeebers out of the medical profession. In the forty years since our procreations, things have reversed 180 degrees. Now it’s very common not to start child bearing until one is well into their thirties. So, for the end result, we were not normal in the 70s, and would be super normal in the 2020s. Women are the cause of this big turnaround. In our time, they did family first and career second. Now they do career first and family second. And there, my friend, is a super-simplistic explanation of a very complex demographic. The answer to the second part of the question is a bit more direct. My wife, Clara, and I were married in our early thirties. And, I, basically, am the reason. I was raised in a Valley Heights “German” Catholic environment. In those early days, I clearly remembered the Armistice Day Blizzard, Pearl Harbor and the Normandy Invasion. For those of us in that Catholic environment it was drilled into us that God had something in mind for us that was called a vocation. Screwing up that call could possibly send us on a well-worn path to perdition. So those things played constantly on my mind through high school and especially while on dates with those wonderful young women who consented to accompany me to proms and homecomings and snowballs. Couple that with all the priests and nuns suggesting that I had a special calling to get myself to the seminary and eventual ordination to the priesthood. So my choice, since I didn’t have a clue what I wanted to do in my life (I found that out in my fifties), I was torn between that senior prom date and the seminary. Fear of potential fire led me to the seminary. Fourteen years and six months later I learned of my potential to direct my own life and resigned the priesthood. So, if you’ve ever wondered what happened to all those priests who resigned in 1968, a partial explanation is contained in this very book. Clara had also avoided married bliss until our time. Early in our marriage we experienced a consistent reaction to our real and supposed past. For me, after a friend learned my history, “OMG you’re one of those.” For Clara, the reaction was always a question, “What convent were you in?” Clara was, in reality, a personal secretary to several very successful independent business men. The events in this book take place beginning ten years after our marriage in 1969. We could have made that a few months earlier, but it took a full year for Clara to propose. There is more biography than this, and that is possibly another book. This much is included here to help you understand the carrying-on in this book.