What Every Worship Leader and Worship Team Should Know 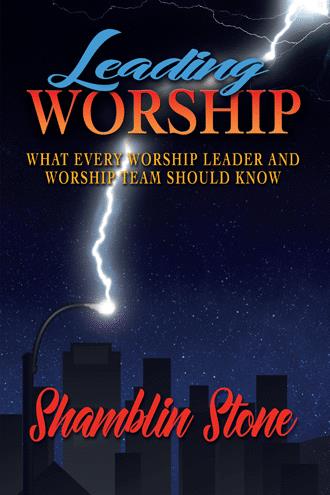 It took me several years to figure out that there are many Christians who do not know how to hear God’s voice. I guess I was fortunate, because the man who led me to the Lord, Don Elliott, also discipled me. He taught me that prayer is talking with God the same way I would talk to him. Don also said that prayer is listening to God as much as, or more than, I talked and then doing what God said to do. From the beginning, when I asked God a question, I would wait until I got an answer. At first it was difficult to decipher what the Lord was saying to me, but because I knew He was speaking to me, I knew that it was not His fault if I did not understand what He was saying to me. With that being settled, I could then go about the task of learning to hear and understand God’s voice. Many people will ask me, “How do you know that Jesus is speaking to you?” My answer to that is simply, “Because He told me in the Bible that He would speak to us.” My sheep hear my voice, and I know them, and they follow me: John 10:27 (KJV) If I am one of Jesus’ sheep, this verse assures me that He will always talk to me. Many people misquote this Scripture and say, “My sheep know my voice.” That is not what it says at all! It tells us that if we are His sheep, we all will hear His voice. It does not say that we will all know how to recognize His voice when we hear it. It takes a while to learn how to recognize His voice when He speaks to us. It is Jesus in this Scripture who knows us, not us who knows His voice. Again, it takes a while to learn how to recognize His voice when He speaks to us. The last statement of this phrase which Jesus declared says, “and they follow me.” Not only is it important for us to learn how to hear His voice, but we must obey what He says! It is useless for us to hear Jesus’ instructions and then not obey them. If you are called to be a worship leader, then you MUST be able to hear God’s Voice, and obey His leading in the moment of worship! 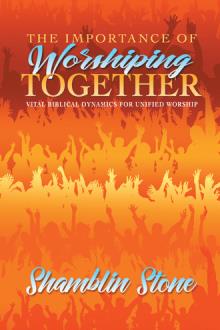 The Importance of Worshiping Together
Shamblin Stone
$13.99

This is the fourth book in the series of books about Christian worship by this author. Whereas the previous three books have been 98% based on scripture, this book contains a mixture of biblical principles and practical skills for leading worship. This book will benefit every person involved in their church’s worship ministry. It is also advised that every senior or lead pastor read this book so they will be able from a position of knowledge to encourage their volunteer worship leaders. The biblical-based portion of this book describes how to know whether God has called you into worship ministry, the history of biblical worship, and how your church’s worship should look if you want to follow the biblical model of worship. The practical portions of this book introduce the various musical skills necessary for everyone involved in worship ministry.

Shamblin Stone is a true pioneer in the area of Christian worship. Starting out as a touring singer/songwriter in the 1970s, Shamblin was redirected by the Holy Spirit from performance to leading and teaching worship. Shamblin has a bachelor’s degree in vocal music and church music, with graduate studies in education. He has taught worship and music ministry in four different Bible colleges, both in Canada and the United States. Simultaneously with teaching at the Bible colleges, he has been the chief musician (also called the music pastor or minister of music) at five different churches. In 2001, he founded The Worship College, a nonaccredited specialty college dedicated to training volunteer worship leaders for smaller or medium-sized churches. Shamblin has previously authored three books about Christian worship and has been in demand as a conference speaker, seminar teacher, and pulpit filler.