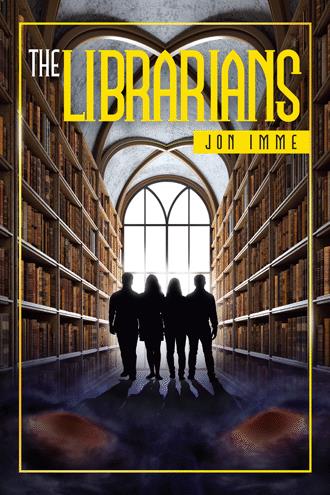 The group of assassins and vicious dogs surrounding the young girl walked through the forest to the execution site. Although it was still early in the day a darkness began to fall on the forest. The sky was blue and the sun was shining brightly everywhere except where the strange group walked. The darkness with its bone-penetrating chill traveled beside and over them. The men began flapping their arms against their chests and blowing their warm breath on their hands trying to keep warm. Miah stared straight ahead oblivious to the cold. Obad raised his hands indicating for the group to stop and asked Miah to walk about 15 feet in front of the others. As she did so she walked into the light while the darkness and its iciness remained hovering over her captors. Obad asked her to stop. “I just wanted to show my men that you are not the cause of the darkness. It is accompanying us because of the foul deed that we must complete, keep walking in front and remind us what is of the light and what is of the darkness.” She stopped for a moment and turned around to face her captors, “If you think what you are doing is so evil why do it?” “I gave my word to defend the city, you have made treasonous statements against it which weaken morale, you must die the death of a traitor.” Miah said nothing and turned to continue walking. Obad spoke again, “Wait a moment!” He looked at his men. “If any of you feel that you no longer want to continue with this duty you are free to leave. Just do not return to the city. We will report that you were killed in action so there will be no repercussions against your family. Wait in the village and I will send your family to meet you there.” He waited. Two men turned and ran away through the forest. One of those remaining walked up to Obad hissing, “Everything you say will be reported to Zebul. I suggest you run away like those other cowards because if you don’t I am sure Zebul will exact a most gruesome punishment on you.” The other added, “Comparing this thing,” he said pointing to Miah in disgust, “with your daughter or any of the young girls in the city is blasphemous. The only reason we don’t kill you now is that you’re the one placed in charge by Zebul. Only he can remove you so let’s get this over with.” Obad nodded at Miah and she began again walking in the warm sunlight while the others followed shivering in the cold darkness that walked increasingly closer to them. Stopping at the edge of the well Obad removed his backpack, opened it and pulled out a long thick rope. “We could just shove you in and you would probably break or sprain something with your fall but we will spare you that … put this rope around your waist and we will lower you into the well. That is the last kind act anyone will ever do for you. When you reach the bottom untie the rope and we will pull it up. You will not be given food or water and the wild beasts of the forests may try to kill you as well as any rats or snakes already waiting for you at the bottom of this forsaken well of death. It is my hope that your death be quick, not long and tortuous.” Miah put the rope around her waist and slowly walked to the edge of the well. The sunlight left her and she was covered by the same cold darkness as the others. The men tied the other end of the rope to a nearby sturdy tree and Miah began the slow descent to the bottom of the well. As she was descending her eyes gradually adjusted to the darkness, when her feet hit solid ground she untied the rope from her waist and gave it a quick jerk. She watched as her only means of escape from the cold, dark crypt gradually was pulled away from her. The rope’s climbing up the wall reminded her of a snake’s crawling, was the assassin mocking or warning when he mentioned snakes waiting for her? Even though her eyes had adjusted to the darkness she was unable to see in the darkest corners of her tomb. She listened for the uncoiling, slithering of venomous predators. Miah’s many battles against depression and hopelessness had honed her mental strength. She had learned to recognize the uninvited presence of thoughts whose only purpose was self-destruction and to rebuke those thoughts before they took root in her mind. The snakes, the oppressive darkness, the certainty of imminent death were real but the Creator had taught her of a higher reality beyond the dark, dank chamber which imprisoned her body. She rebuked the oncoming fear as it inched further into her psyche trying to extend its tentacles until they found an unfortified section of her mind where they could penetrate and plant their roots. She thought of the Creator. He had told her that this moment would come. It was not a punishment but a fulfillment. She was not facing death; she was awaiting her transition. “Help me be strong,” she whispered. Miah could hear a thunderous shaking of the ground above. Initially it seemed distant but with astonishing speed the thundering was directly over her, a brain-numbing pounding of thousands of horses’ hooves crashing against the floor of the forest. She could hear a cacophony of sound in the distance, the yelling of men … a vast army of men. She heard the voice of the assassins calling out in terror to one another. “They’ve come!” “The invaders have come!” “Miah! Can you save me?” It was the voice of Obad, the leader of the squad of assassins.

Mankind has become increasingly bound by the chains of spiritual impotency and material greed. A book containing the power to break those chains reveals itself during a span of several generations to four young people, each chosen to be its librarian. This book leads each of the librarians on their own journey to spread its seven pillars of knowledge. Giants must be vanquished, unknown spiritual beings defeated in combat, powerful magicians exposed, and cities built in desolate deserts. The burden of carrying the book weighs heavily on its librarians, forcing them to face the greatest enemy of all—themselves. They struggle with doubts, fears, and feelings of unworthiness which constantly arise in their hearts, seeking to deceive them into thinking the battle is too difficult and that they must quit the journey.

Jon Imme is a pastor at a multicultural, urban church in Los Angeles. He has also taught at Los Angeles Lutheran High School. He and his wife, Sheila, have produced faith-based documentaries which have been shown on PBS and other television stations throughout the United States as well as at film festivals, churches, schools, and the Los Angeles County Jail system. This is the first book of the faith/adventure trilogy, “Rivers, Canyons, and Drones.”