Jesus Returns For the Elect 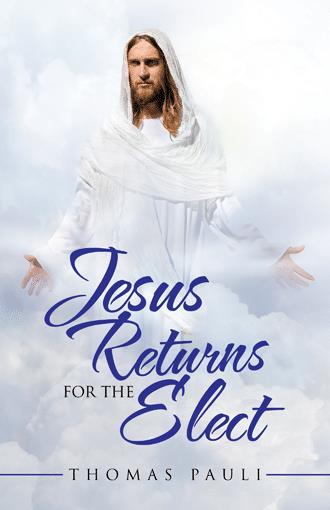 Many, if not most, Christians believe they will be taken to heaven before the Seven-Year Tribulation Period begins. I have found no evidence in the Bible to support this idea. The Elect will be taken to heaven 5.5 years into the Seven-Year Tribulation Period and not before. Satan will be cast out of heaven to planet Earth 3.5 years into the Seven-Year Tribulation Period (Rev. 12:7-9). Satan will be given 2 years to have his way with the Judeo/Christian World. Jesus Christ describes the period of time called Great Tribulation as follows: “For then there will be great distress, unequaled from the beginning of the world until now—never to be equaled again. If those days had not been cut short, no one would survive, but for the sake of the elect those days will be shortened” (Matt. 24: 21). The author of the book “Je-sus Returns for the Elect” desires Christians to be prepared to deal with the coming storm. By reading the book and taking appropriate action you can avoid being victimized by the “Son of Perdition.”

“Jesus Returns for the Elect” resolves many mysteries about End Times. The author of this book wants Christians to be prepared to deal with the storm that is coming. By reading and understanding what will happen before and after the rapture of the Elect, Christians will be able to efficiently deal with the challenging days ahead.

Thomas Pauli is married with two Children and currently resides in NW rural Georgia. He was born in Oak Park, IL and grew up with three siblings and God-fearing parents in the little Village of Williams Bay on Geneva Lake in southern Wisconsin. At age 12 Thomas accepted Jesus as his Lord and Savior and became a born-again Christian. After high school Thomas served in the US Army during the Vietnam War. After receiving an honorable discharge, Thomas entered the University of Illinois School of Architecture, where he graduated with academic honors in 1974. Over the next thirty years Thomas designed and managed the construction of numerous residential, commercial and industrial buildings located all over the Western Hemisphere. In recent years Thomas acquired an interest in eschatology, the study of End Times. After reading numerous books on the subject, Thomas Pauli could not find even one book that was compatible with what the Holy Bible says about End Times. Over a five-year period Thomas engaged in a fixated study to acquire knowledge and expertise about the subject of End Times. Sometimes God chooses unlikely people to accomplish his will. Thomas Pauli is one of them. Led by the Spirit, Thomas Pauli became an expert about End Times, then he wrote the book you are holding. This is the most important book you will ever read. Why is that you may ask? If you adhere to the information conveyed in this book, you will be prepared to deal with and survive the terrible storm that is coming. Then you will be taken to heaven. “Jesus Returns for the Elect” is the focal point of this book. Some would call this extraordinary event the rapture of the Elect. It is an out-of-body experience that occurs when God causes the soul to leave the physical body of a human being. After leaving the body, the soul is beamed up to Christ the King who is magnificently exalted in the sky above planet Earth. When the soul reaches its destination, it is metabolized into a resurrected or glorified body. This new body is perfect in every way and far superior to the mortal body that was left behind. This miraculous event is reserved for the Elect who were chosen by the Creator before the creation of the world. The author invites you to come on a whirlwind journey into the future to envision what will happen before and after Jesus returns for the Elect.