Love and Hate of Lies and Truth 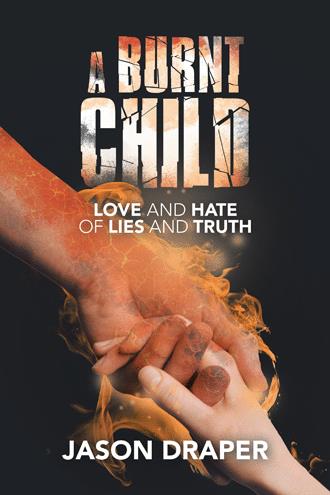 The catalytic event for our failure to continue to attend Church happened in the fall of 2011 when I was having an interview about my failure to pay tithing with my Stake President Van Horne, and Bishop Jones. Here is what I experienced during that interview. As we were discussing tithing, the meeting came to a head where it could have terminated very badly. But I continued pushing on for further understanding. Under discussion was the doctrine that we are now taught, which is that you just "pay on your income ASAP", not on your interest annually, and no matter what your other responsibilities with your children as dependents, the rule was the same. After demonstrating through this very lengthy conversation with them that such instruction was not Biblical, and after demonstrating that tithing as now taught is to be found nowhere in the canon, they could not refute me. I showed them how a theoretical man with many kids could pay his tithing, but then his family would starve. I then enquired "is that fair?" At this point, the Stake President said, "no, it's not fair." I was stunned, but that was nothing compared to what was to come next. So I backtracked and said, pardon me, but did you say "not fair"? He said, “that is correct”, it is "not fair." But to make sure, I said, to clarify: "What isn't fair?" He said: "The Law." I said, "The Law of Tithing?" He said "Yes." I felt immobilized. I said, barely able to comprehend what was going on, and hardly believing my ears, I said: "So the Law of Tithing, instituted by Jesus Christ, is not fair? Is that correct?" To which he said — "That is correct." At that very instant, the room began to close in on me. Darkness quickly gathered from the perimeter and left me staring at just the table in front of us. At this point, I could not see them anymore, sitting to my left and right. The closest thing I have ever experienced to this is if you have ever struck your head and were knocked out; it was very similar. Immediately I came to the point where my new environment was entirely dark and completely void. I sensed all hope was lost, along with all the senses. Whatever vision I retained was useless in such darkness, and I could feel nothing, nor could I tell if I was standing or sitting: all I could tell was I just existed. Yet, I perceived myriads of beings existing all around me, in some subtle groaning of mind, which I could feel, all in a similar predicament of acute unhappiness, with absolutely no hope, being in total and complete despair – with no way out. The sheer number of entities present there astounded and shocked me. I simply cannot convey the hopelessness of the situation, except to say the experience of darkness exceeded my entire life's sum of stress, pain, depression, discouragement, hatred, neglect, and unfairness, and at a scale magnitudes larger than I have ever experienced. How long I remained in that state I have no idea, but at some point – a light appeared. The light was as exquisitely pleasant as was the darkness horrible, and to the same degree. It was bright, clean, and free. No burden I ever carried could be felt anymore. No stress, no pain, no regrets. It was just a feeling of full satisfaction, serenity, and peace which cannot be understood unless you experience it for yourself. I now had my answer. Or did I? I recall that I asked myself, what do I do to retain this light, this freedom? At that moment, the answer came, which was to cast my temple recommend upon the table, get up, and walk out. This was so clear, that I believe I actually saw myself do it, as if I was watching a video of myself in that room. As I saw myself get up and walk away, I was seized upon by fear – the fear of the repercussions of leaving the Church, for I knew that if I did this, I would become an Apostate and a Son of Perdition, according to Mormon doctrine. How could I ever do such a thing? I felt that I could not do it. Fear overcame me, and it seemed to take every ounce of willpower I had to not follow through, and to just sit there and do nothing. I found myself returned to my chair, immediately and sadly re-aware of all life's issues, worries, and unfairness weighing down on me once again. These two men sat there waiting for my reply with strangely inquisitive looks on their faces. Initially, I felt to ask them “did you see that?”, but I immediately understood that they didn't see anything, and no matter what I might then say, they would not understand it. The Stake President then said: "Well, it was you who decided to have all those kids, wasn't it?" I said, "well I guess so". At that point I knew I was done. Shortly thereafter the meeting terminated. Still in a daze, I returned home, wondering over the acute wickedness demonstrated by these so called men of God.

Conspiring men have, do, and will continue to take advantage of each other because of our humanity, and history shows the worst offenders are not those who claim to do us any harm, but those who claim they are trying to do us good. The solution is not to cancel our goodness. The cure is not to have less of any of these good things. The cure is to balance it with more knowledge and more truth. Whatever “truth” is given by our churches, governments, and the media, can be measured by passing it through the fire. If it survives, we can accept it. If it doesn't, we can choose not to be burned again. It doesn't deserve our humanity and can and ought to perish.

Born in Edmonton Alberta, Jason was adopted into the Draper family as a young boy. He was baptized into the Mormon Church at age 8 as is the custom, served an honourable mission in Haiti, and married his sweetheart in the Portland Temple., subsequently adding 8 children to the mix. What could possibly go wrong? This is the true story of 40 years of love and lies of hate and truth, and quite possibly the most interesting and complete expose on the cult know as Mormonism ever written.