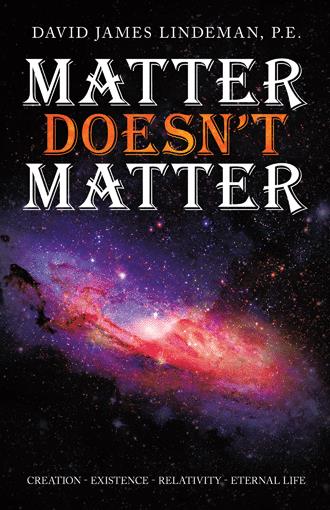 This is the story of light, as coached by God to a sinning biker professional engineer. David James Lindeman explores how everything in the universe started as magnetic fields. Most of these magnetic fields accelerated to the speed of light and are known as photons. There are only two things in existence: magnetic fields that are not yet photons and photons. Photons make up all matter, all things physical. Your ability to think, your Holy Spirit, and God exist in the magnetic fields. Without God, however, the magnetic fields are just like seaweed floating aimlessly in the ocean. Without God directing the magnetic fields, there could be no life—and neither could there be the eternal life promised to us by God and Jesus. The questions of where the universe came from, why we are here, when Earth will end, and where we are going are all answered in Matter Doesn’t Matter.

David James Lindeman, P.E., earned a Bachelor of Science degree in civil engineering from the University of Wisconsin-Platteville, with concentrations in geotechnical, structural, and construction engineering. He has been a registered professional engineer since 1985. He sits on a panel with the National Academy of Sciences, NCHRP Project 22-26, Factors Related to Serious Injury and Fatal Motorcycle Crashes with Traffic Barriers. As a human being, the author is equipped with a Holy Spirit. Author profits will be donated to charities for the poor.