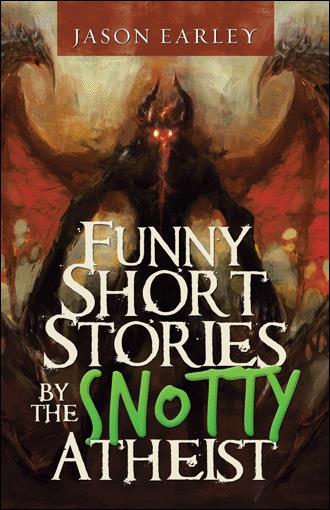 The year was 2062 and the planet was contending with a new pandemic that only affected atheists and non-Christians. Marxist liberals were being singled out by conservative god. We don’t know why, but those affected ended up with saggy balls. Trump was long gone, yet Trumpism was alive and well, it was not only a political party – it was a religion; so KKK, neo-Nazis, white supremacists and evangelicals were thriving. They had marginalized climate change and California had burned down, Arizona and Texas were underwater and curiously, Florida had sunk into a sinkhole swallowing liberals and Jeopardy contestants. Yes, someone or something was reaching out. A magnitude 8.0 earthquake had only killed those who engaged in fisting. A tsunami off the coast of California only drowned scientists. Redneck evangelicals were caught dining on tofu turkeys and fat white supremacists were dancing on the streets in tu tu’s. Atheist astronomers who saw no evidence of intelligent life including earth were blindsided by the presence of a huge cargo vessel filled with bacon situated on the moon. This raised questions. Did intelligent life from another galaxy like bacon?

This book is about Man's pointless quest for truth, his goal to establish footing in the hereafter - for eternity. This book is about Man's right to dominate and exploit the lower animals and my firm belief that as I speak, there are dozens of carnivorous intelligent species perfectly willing to place Man on the menu - a privilege bestowed to them by their omnipotent, omniscient god and contained within the text of their god-inspired dogma, On this day, we will be granted an epiphany - that a monotheist served over rice will provide a well balanced diet of protein, B vitamins and riboflavin. From that point on - Galileo, Issac Newton, Aristotle and Frederick Nietzsche will be sustenance and everything that Man has created over the past two thousand years will be marginalized by the simple fact that we are delicious.

I'm a sixty-four year-old schizophrenic who has been tormented by demons all of his life. To contend with my pain I learned to laugh. Short Stories by the Snotty Atheist is an outcrop of my cynicism and my humor. Monotheists will be offended. Atheists will be entertained. Some of you will respond with indifference.