You Are Anointed, Appointed, and Positioned for Victory! 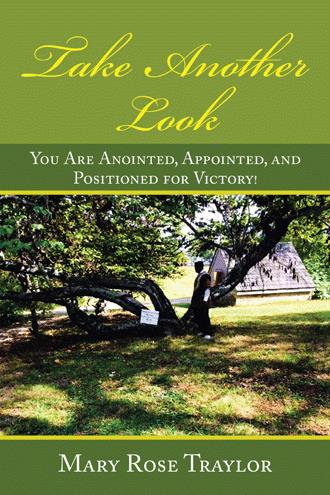 As you grow in and utilize the memory of purity and perfection and the freedom with which you were born, you will find that you have the power to call forth whatever you need or desire. You are the master of your freedom. You determine your destiny. Whether you know it or not, whoever you are, you do have the power to defeat all the debilitating thoughts which leads to a life of suffering and eventually death. Defeating negativity which leads to a life of gloom and doom suffering can be reversed. This can be done by not conforming to the teachings which takes you along a pathway to something outside of yourself. A transformed life can and will be manifested when you and all Believers and Seekers realize and understand that the power of life is in man. It exists in the upper most realm of consciousness. When we all cease to conform to the limited ways and thinking of this physical world, when we all recognize the Christ dwelling in each of us, when we all recognize that we are spiritual and all things of and pertaining to God are spiritual, then shall the heaven we all desire be revealed. If you can believe that you will live again after you die, is it so difficult to believe that you can live and not die? It is written “The dead cannot sing praises to the LORD, for they have gone into the silence of the grave. (Psalms 117:15). As you move throughout the pages, you will become absorbed before realizing that the author is taking you down a path that subtly leads you on a journey that may question the basis of your faith, and the foundation of your beliefs. Further, as you continue your journey through the pages of this book, the way you see yourself may begin to look different; everything around you may seem different. You may come to realize that you are special and there is a purpose for your life. You are necessary, you are important, and you have been anointed, appointed, and you are being readied for victory.

Mary Rose Traylor has invested most of her life questioning, researching, and studying the relation between God and man; life, living, and death. Her questions prompted research, conversations with the I AM God, meditations, and study. She came to understand that all the answers are in “consciousness.” Man is a composition of consciousness—conscious, super conscious, subconscious. The depth of her understanding has helped her development as a seeker of divine truth at the highest level, and she shares that truth in her work as a spiritual leader. In Take Another Look, she presents information that may challenge what you believe in and how you apply that belief. How can you be sure about anything pertaining to eternal life, pertaining to salvation, about your own conversion? Traylor encourages you to re-examine your beliefs and how they work in your everyday walk of faith. A study of religious ideologies and doctrine, Take Another Look helps you to realize you are special and your life has a purpose. You are necessary and important. You have been anointed and appointed. You are being readied for victory.