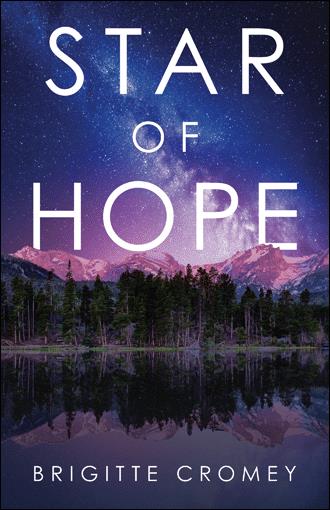 After a few hours, an older boy joined their group. Rose stopped what she was doing to look at him curiously as he joined them. He seemed around nineteen, an Illyn native with vividly blue eyes. A belt crossed his shoulder to hold a hunting knife and pouch at his side. Lena smiled as he sat next to her. “Did you have a good patrol?” He shrugged. “Decent. We saw mountain cat signs near the south creek, but I think they’re old.” He fished in a pocket of his worn, charcoal-colored jacket and pulled out a knob of resin wrapped in leaves. “I found this and thought you might need it.” “Thank you. I did need some.” Lena crinkled her nose. “It’s just so sticky.” “Sticky, eh?” the boy wriggled his fingers in her direction. “Erven!” Lena squealed, squirming away. Erven? Rose and Violet looked at each other with surprise. “You’re the Shona commander?” He continued his laughing pursuit of Lena around the circle. “Does that surprise you?” “Umm, no. I thought you were older.” Rose fidgeted with her handful of cording. Across the group, Violet raised a skeptical eyebrow. “When you grow up fighting, responsibility comes early,” River said defensively. “He’s been on his own for almost as long as I’ve been alive.” “That’s true.” Erven unsuccessfully swatted at Lena with sappy fingers. “And Arielle always says that I look younger than I ought to.” With a squeal, Lena tumbled to land half in, half out of Rose’s lap. Erven stopped chasing her to help her up and hand her the resin. He scrubbed his fingers on his jacket and extended his hand to Rose. “River told me who you are. Welcome, Your Highness.” Rose frowned at his sticky hand. “I hardly think the title is needed.” “Even if not, we’ve waited too long for someone who deserves to carry it.” He gestured towards the cave, “If you’re feeling better, we need to talk.” Rose stood up, setting the cording back in River’s basket. “Can Violet come?” “Of course.” Erven offered Violet a hand up. Rose stifled a giggle at the height difference between the two of them. Despite being somewhat shorter and less muscled than the rest of the older Shona, Erven was still more than a head taller than Violet. They followed Erven across the hollow and into the cave, the other Shona calling greetings or stopping him to ask questions as they went. Their progress across the hollow wasn’t quick, but Rose didn’t mind. It gave her an opportunity to see how the Shona’s leader interacted with them. She’d been worried that his manner would be more like the curt, hurried outpost commander they’d met two nights before. Instead, Rose was struck by how he maintained a sense of easy-going attentiveness, even when answering questions or talking with the others. Finally, they reached the cave, and Erven struck a spark to a lamp set in a niche over their heads. The light illuminated a jumble of equipment, blankets, and baskets filled with clothes. He sat down on one of the blankets, gesturing for them to do likewise. “Ah, that’s better.” Erven ran a hand through his dark hair wearily, making some of it stand on end. “I was up late last night and took the dawn patrol today.” “Heavens,” Violet muttered. “I wanted to let you sleep, but there are some things that we need to get started on. With you here, we have half a chance to unite the highlanders, but we need to figure out how best to approach them.” “I don’t understand.” Rose looked uneasily at him. “You’re acting like you were expecting this. Why are you so willing to believe me?” “I was surprised when I heard.” Erven smoothed the edge of the blanket he was sitting on. “Over the last five years, four people have announced themselves as heir to the Thinar throne, then been captured by Lord Kuma’s men within a few days. He dealt with them brutally, and in public.” An edge crept into his voice, “He’s not known to tend towards mercy, and he likes to deal with dissidents publicly to warn others not to try him.” Rose wanted to look away, feeling the grief in his voice. I wonder if the dissidents he’s talking about were his people. “You neither announced yourself, nor did he wait for you to.” Erven met Rose’s eyes with a level gaze. “From what I understand, Lord Kuma found you. That alone makes me want to believe your story.” Rose shifted uncomfortably. Hearing what type of man was after her put a chill in her blood. “The Shona who rescued us said that some of the soldiers had escaped. By staying here, we’re putting your clan in danger.” In the light from outside, Erven’s face seemed thin. Rose caught herself wondering if he slept enough. “Even if no one escaped the caravan, Lord Kuma would have eventually found out you escaped. If the Shona can keep you safe by any means, we will.” She shuddered. “What if they come after us?” Erven sighed and rubbed his face. “They will. But we’re not defenseless, you know. They know to tread lightly in these parts of the mountains.” He stood up and stretched. “Let’s get some food. Violet, I heard you’re a healer?” Rose squeezed her friend’s shoulder. “She’s very talented.” “I suppose so.” Violet smiled gratefully up at him as they stood. “Is there any way I can help?” “Can you to help in the infirmary? Lena has some training, but not much.” Violet dusted her hands in a businesslike manner. “I’d be honored. I’m not fully trained either,” she warned, “but I’d still like to help.” “Good! Wonderful!” Erven stepped out of the cave. “Let’s eat.”

When the country of Illyn falls, a baby is found on a riverbank by a man hiding from his past. Hidden deep in the woods, the heir to the throne grows up in secret, surrounded by a people who value peace above all else. When the fragile peace shatters, Rose’s future rests in the hands of those who love her the most. As her enemies close in, Rose and her friends must embark on a journey to gather forces of their own. Alliances are forged in blood as Rose confronts her own weaknesses to become the leader her homeland desperately needs—and unite a people shattered by pride, cowardice, and fear.

Brigitte Cromey has been known to daydream so heavily that a gong must be rung to retrieve her. When not submerged in worlds of her own making, she can be found cooking with bizarre ingredients, reading entire books in a single sitting, dressing her children up as fairies and knights, and occasionally responding to the world with kindness tainted by cynicism. Brigitte lives in southern Arizona with her husband and children. Should you encounter her, the tea kettle will always be on.