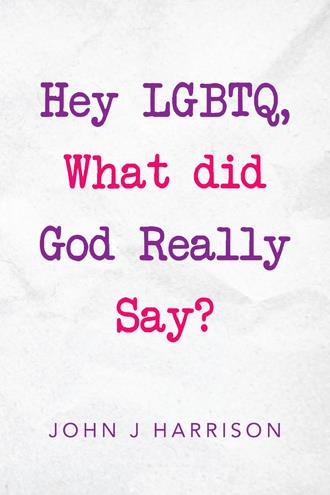 Perhaps, one of the most surprising leading changes in our moral society over the last thirty years has been the acceptance and strong support of the LGBTQ community. We have grown accustomed to seeing transgender individuals and gay couples perusing through clothing stores, endorsing televised products, promoting their values in public schools, and simply blending into our communities. There is a strong attempt by the LGBTQ community, and those that wish to support LGBTQ values to normalize that belief system. This was hardly the case thirty years ago. Make no mistake about it, the LGBTQ community is a well organized, well financed, and an incredibly strategic organization. One only has to casually peer into the political arena to see a fear and respect that is given by any “successful” politician toward the LGBTQ community values. The main focus of this book is to shed light on only one dimension in which the LGBTQ community has gained an unprecedented advancement. Successes of the LGBTQ community in the areas of politics, law, business, and so forth will not be a primary concern within this book. However, it must be noted that these secular areas have attributed and helped structure the strategy used by the LGBTQ community to infiltrate into conservative Christian organizations such as The Southern Baptist Church. We will discuss some general arguments the LGBTQ Community initially used in such areas as law to gain access within Christian communities. However, the precise advancement of the LGBTQ Community that we will be focusing on will be within The Southern Baptist Denomination. This is worth our close attention and study because this specific development within The Southern Baptist Church will become the foundational blueprint for twisting the doctrines of Christianity to gain approval by the world perceived church .

Be forewarned, the inclusion of LGBTQ values within the Christian Church is growing. A well-planned, methodically compromising attack is underway within once traditional denominations. Are you prepared for these new theological deceptions? Understand, these “attacks” are well thought-out , ingenious techniques which use Scripture and logic. Shall we forget the temptations of our Lord Jesus Christ where the evil one used the Scriptures? And, did not our Lord use the Scriptures to rebuke the attacks. So be wise, use this book to assist you to “put on the whole armor of God (in order that) (to be able to) (to be strengthened) to stand in these trying times.

John J Harrison is one of the few select authors today that write, not to please the masses, but to challenge the spiritual integrity of the modern church. While John has found success as a Pastor and a Radio Bible Teacher, John has been given the drive to challenge the new spiritual directives of the modern church. It is important to have such authors in order to encourage, and implore Christian readers to remain faithful the Word of God and traditional doctrines of the Church in order that we might stand faithful.