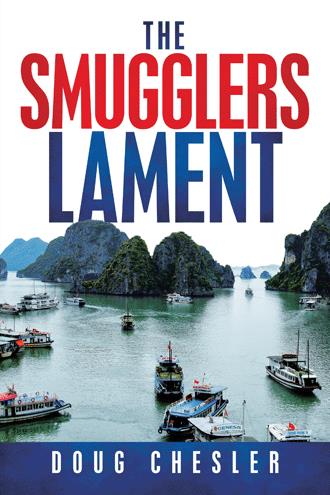 When we got back from our pass, we had to ship out to Norton AFB up in Washington to escort some Marine Major, or what was left of him, back to his mother in Wisconsin. The guy was 36 with 3 kids and his chopper was shot down as he was rescuing some marines pinned down in a shit storm. He was a highly decorated Purple Heart recipient with over a thousand missions with 3 tours of duty. He was on his way to making Colonel or even General, if he lived. We were required to stay for the funeral and then we get the news that a carload of our guy's buddies was on the way up to his funeral when they got hit by a drunk driver. We learned early that life is never fair and you just never know how it's going to go. We got 4 of his fellow pilots who survived years of fire fights and were trained to fly their helicopters through hell and back and now 2 of them are dead from a drunk driver going the wrong way on a divided highway. Life just isn’t fair -The driver training films we had to watch at every new assignment showed that more GIs were dying on the roads than in actual combat. Life is not fair and it isn't very predictable as situations change with the wind, we just never know how things will go down. I think that is why life in the military appeals to certain individuals. There is a certain stability to the routine of everyday life in the service as you have a rank and file in the way everything follows in its own guide lines. Everyone knows their position and their place; you followed your orders and you operated within your assigned responsibilities. But life can still throw you many curve balls and change ups. My longtime friend from high school was living out his dream of having his boat and living off the water. He got bitten by the lure of the fast money and the high life of smuggling and making the big deals. He started by fishing the Gulf of Mexico but soon saw it was cheaper and easier just to buy the fish from the Mexicans. Then he got involved with a big-time operation. He would make 10- grand in one day for picking up a shipment in the Gulf and bringing it to the Tampa docks. The fact that he carried a Barretta & a shotgun was just for precautionary measures and didn't bother the crew, it was really just for show, wasn't it?? Everything was going pretty good for him and as soon as he finished paying off the boat, he was putting down the deposit on that house on the bay. Since he was a good husband and father, he couldn't say no when his family asked him to take in his 15-year-old nephew who was getting into trouble back on Long Island. He enrolled him in school and got him a part time job down at the boatyard. The kid was doing okay and Flash was doing a couple of runs a month and taking out fishing charters on the weekends. One day Flash had a couple of keys of coke in the trunk of his Caddie to deliver after dinner. The thing he didn't know was his stupid nephew had made a key for his baby blue Coupe de Ville and stole the car that night to go joy riding. Unbeknownst to the kid was that there was 40 grand of Columbian pink cocaine in the trunk!! The fool got drunk and ran the car off the road into a swamp and left it there. The local Clearwater police had it towed out and busted Flash for possession and sales and he got 15 years as drug smugglers got more time than many homicides. Another bummer for Flash was that he wasn't working for the local Boy Scouts and even though he was going to do hard time in a Florida jail he still had to pay back the 50 -K as they would probably kill him in prison if he didn't. He did 7 years and got off for good behavior but lost his wife and family and his boat and his dreams.

Ever since he was a young man he would write long letters to his family and friends. Many people liked them and even saved them. Some said that he would be a great writer someday. Growing up in the wild days of the late 60s gave him plenty to write about. Living through the hippie daze of sex, and drugs and rock and roll put him on the search for that cosmic consciousness, if there was really such a thing ? Getting drafted really changed all that. What started as a bunch of guys chipping in to cop some grass in the Village ended up on speed boats and planes. Then the United States Air Force became the biggest smugglers in the world. Nothing was what it seemed to be, deception ruled. Join Doug on a wild ride through the California coast and America, SE Asia, Europe , Africa and behind the Iron Curtain. After all of that it was time to switch the tables and go after sex trafficking and the human smugglers. But the biggest journey was finding love and then finding God.

After serving in the Air Force during the Vietnam War, Doug returned to New York to finish his education. He went to the State University at Stony Brook to study psychology. He got a job with the NYS Department of Mental Health and worked for 25 years in various psychiatric hospitals and agencies. Right during the middle of all this he joined a Bible college and a 4 year ministry training program. He recently retired to write and teach the Bible. He has a wonderful wife that is a great wordsmith and helpmate. He hopes to spend more time taking his 2 grandkids out fishing in the future.