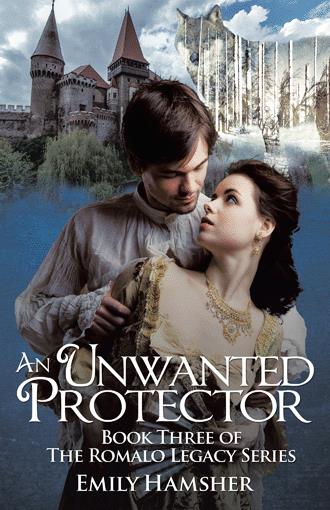 Her two companions became engrossed in their conversation about the repairs that still needed to be made around the citadel. Elisabeta, desiring to be left out of such affairs, slowed her steps. Absentmindedly, her hand clutched at the object that was threaded around her neck. She hadn’t once taken it off since her father had pressed it into her palm. This key was a very symbol of all that she kept hidden. But where did it lead? To what did it unlock? Oh, how she wished she could seek out these answers for herself, but she wouldn’t even begin to know where to look. Much like the maze mapped out amidst the garden, she knew that to begin such a quest would be a large undertaking. No, she would bide her time, storing up all these things until she could plan her next move. “Elisabeta, where are you going child?” She glanced up to see the fountain before her. She must have moved past them and would have gone into the maze had her mother not called out to her. “I thought I saw a rabbit, but it was not so.” Having recovered neatly, she made her way back to the other two ladies, who then resumed walking and talking. This time seeking to include her. “What do you think of the școală that Katya has proposed, Elisa? You love helping with the village children.” “What will you teach them?” She turned to Katya, whose eyes had lit up with a genuine gleam. “Well, it is still in its rudimentary stages, but I had hoped to include children from the Germana sector as well as the Romani village, and have them share their customs with one another. It is a movement towards greater unity; a project of hope, if you will.” Hope. The word sounded foreign to her. It was a warm hearth hidden behind a closed door to a sojourner in the depths of winter. All she knew were the looming prospects of downfall and despair. Certainly there was no hope for her, though she longed to share in the eagerness everyone else boasted. They seemed certain that the war was over, but Elisabeta feared a second wave was yet to come. The lovely doe flitted and flirted her way through the woods. Her path was easy enough to track, and he was eager for the hunt. Stalking his prey with steady steps he moved just out of view. He made sure to keep enough distance not to be caught. When she stilled, her graceful neck turning toward him, he held his breath and willed himself to be invisible. He knew she could not see him, for he had hidden himself well, but something had alerted her to his presence. What do you sense Prinţesă? He had been watching her for hours. Learning her patterns and studying her daily routines. In the month since he had returned, he had heard nothing from his superior. The quiet had given him ample time to spend with his family. Hours upon hours he would not trade for anything. Finally, last week when a feeling of restlessness had begun to stir in him, his assignment had come: he was to keep tabs on the youngest of the royals, the Princess Elisabeta. For what, he did not know, though he rarely questioned his orders. “Grijă de niște pâine?” The nearest peddler haggled him for his wares. Nodding his head to the man, he bought a loaf of bread and a portion of cheese. He dared not take too much, lest he spoil his appetite for Roua’s dinner. “Mulțumesc.” Tavian found it easy enough to blend in with the townspeople, for he spoke the language well and picked back up on the colloquial discrepancies quickly enough. Finishing off his snack in a matter of bites, he returned his attention to the fair lady that was his to watch. He had learned much about her, having not shared one word of conversation. She was a perfect dichotomy of warring parts, though not every piece fit like it should. In fact, the more insight he had gathered, the more mystery was left to be seen. Like now, as he took in the way she followed meekly behind the queen mother in their weekly trip to the Marketplatz. The princess hardly spoke up, nodded only when necessary, and chose to remain distant yet clearly distracted. When no one was looking, no one but he, she withdrew completely into herself. He wondered if she hoped to be as invisible as he had disciplined himself to become. An impossibility, he knew, for a vibrant beauty like hers could never be overlooked. He had discovered it was with children that she revealed her true nature. Just yesterday, a small hand had tugged at her skirts, and all at once her veiled woe had fallen away. Her dark eyes had transformed into brilliant irises with the tenderness they conveyed, making him almost wish she would glance his way. In that moment, he had one thought: this is the princess that everyone speaks so cheerfully of. Having done his research, which included neatly placed questions to his sister that drew no attention to his reasoning behind his inquiry, he found that the woman before him was only a shell of the one she had been only months ago. “That will be all for today, Darian. Please have these packages taken straightaway to Queen Katya. She will be expecting them.” “Yes, Your Majesty. Shall I ready the carriage?” “Yes, thank you. Come along, Elisabeta.” Tavian waited until they were safely within the walls of their enclosed carriage. His eyes followed them as far as the road was straight before he watched them disappear around the corner. Knowing they would return to the castle, and remain there the rest of the evening, he took himself off down a different road. One that would take him to his own dwelling. “Until tomorrow, Princess.”

The youngest of the Eastern European royals, Princess Elisabeta has led a sheltered life, happily growing up amongst the townspeople and nobility alike, but the war changed all that. When a powerful secret is unveiled, Elisa strives to make sense of her father’s death and uncovers a traitor within. Crippled beneath the weight of fear and hopelessness, she has no idea that she is the missing piece to the mystery surrounding her people. Tavian Kovachi has been summoned back home with the singular mission of guarding the princess. However, he soon finds that this is no simple task, as he and the ever-elusive Elisa are quickly caught up in something bigger than themselves, not to mention his deepening attraction to her. With the help of an ancient society of protectors, the princess must learn to have courage and put her hope in the God of Brasov. Meanwhile, as he fights to stop the plot against the royal family, Tavian finds himself torn between the lovely princess and an even greater loyalty: his nation.

Emily Hamsher is a woman after God’s own heart who loves to read and write. With a Master’s in Education, she is also an ordained minister and is pursuing a career in ministry as an associate pastor in Florida. At twenty-six years old, she is only beginning her author’s journey and seeks to open minds, inspire hearts, and create new worlds with her writing.