Why Can't We See God?

Adam and Eve Did 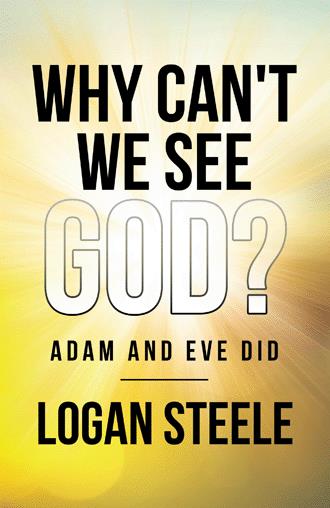 Notice what happens next. Immediately after the curse is pronounced, God says to Himself, “The man has now become like one of Us, knowing good and evil. He must not be allowed to reach out his hand and take also from the Tree of Life and eat, and live forever.” In other words, if they now eat of the Tree of Life, they will live forever and the curse will be of no effect. What? Notice God again refers to Himself in the plural in that last statement. Three, yet one, yet three─the mystery of the Trinity. God immediately sends Adam and Eve out of the Garden of Eden, where no human would ever be allowed again, until He one day restores all things. Did something supernatural occur, causing Eden to become imperceptible to us? Is it still in the same place but somehow invisible? Were there originally additional dimensions that somehow became imperceptible to us due to the curse? We will all likely soon find out. Wherever it is, the Tree of Life is inaccessible and has ever since been guarded by angels and a flaming sword. If we examine the chronology of events carefully, and if we take God literally, something monumental is revealed. If Adam and Eve had eaten the fruit of Tree of Life at any time before eating the fruit of the Tree of the Knowledge of Good and Evil, there never could have been a curse or death at all! God had simply given them a short term test to determine whether they would resist the temptation long enough to stumble onto the Tree of Life and eat its fruit before eating the forbidden fruit! This is very clear upon careful examination of the scriptures. This, of course, would be passing the test and guaranteeing eternal life exactly as God designed and created it to be. This paints a different picture of the heart of God at Creation than the one many of us may have previously entertained. God wasn’t setting us up to fail; rather, He was believing and hoping for the best for us. He wanted us to pass the test and inherit eternal life. I had studied these verses of Genesis and heard teachings on the fall of man dozens of times over the past forty years, and had never fully grasped the implication. One day several years ago, it jumped off of the page and into my spirit. I believe many people criticize God in their heart, like I did, for putting us in that tempting situation where He knew we would blow it–as though He wanted to punish us. No, I think it is quite the opposite. Realizing that He wanted to, and tried to give us eternal life, profoundly again revealed to me the incredible love and goodness of God toward humanity. Instead of making robots that would automatically obey His every command, in His perfect love, He gave us total freedom to choose as we wish. The Bible tells us that God is perfect in all His ways. He is perfect in mercy, grace, and love. What if putting us out of His presence was actually His mercy and grace to secure us until He one day solves the problem, so we can again be in His presence? The holy God cannot be in the presence of sinful man. What if God’s disappearing was saving us from instant, eternal death, and pushing a “pause” button, until the completion of all things? Could even this consequence be His kindness? One day we will fully see the why and the how, and the full revelation of God’s goodness will buckle every knee. It will silence many mouths, and yet open many others to eternal shouts of praise. It is interesting that, after they had eaten of the fruit, God approached them by walking to them. How could God have physically walked in the garden? Genesis 3:8 says, “Then the man his wife heard the sound of the Lord God as He was walking in the garden in the cool of the day, and they hid from the Lord God”. This is apparently none other than the physical manifestation of Jesus Christ, about four thousand years before he is born. He is the only person of God that has legs and can walk. Fully God and fully man, yet He is outside of creation and is not limited by time the way we are. As we later see in the New Testament gospels, He is not limited by other physical laws either. He travels effortlessly through walls and appears instantly in the upper room with all the disciples on two separate occasions, though the doors are locked. Without warning, He also vanishes into thin air at will to avoid an angry mob on three separate occasions, and appears elsewhere simultaneously.

If there is a God and He loves us like the Bible tells us, then why can’t we see, hear and touch him? Since we cannot see Him, does this mean that He wants to be distant or capricious, or wants to make things difficult for us? Of course, if we could see Him, then everyone would believe fully in God and probably be on their way to heaven. There would be no need whatsoever for faith, and probably no need for a Savior. Who would sin standing in the visible presence of God? Adam and Eve did choose to sin, but God was not visibly with them at the time, and they also had not yet realized the full consequences of sin. In this book we will explore what God designed and intended for humankind, and what caused Him to become invisible, and why. My hope is that for many this will give a better understanding of God, His unfailing love for us, and why things are the way they are. I pray it also brings some comfort in life’s often difficult journey that requires such an exercise of faith. We will do this by looking at the words of God, himself. In my life I have heard many teachings about the temptation and fall of man, and many times studied the scriptures concerning Eden. One day a few years ago God revealed to me something new and profound I had never noticed. There is no doubt the living Word and the Holy Spirit are famous for that, but this one blew me away. God will very soon reveal Himself to all whether we like it or not. Millions of Christians and Bible scholars worldwide agree that that all the necessary prophecies have been fulfilled and the signs of the return of Christ are undeniably upon us. But until the day Christ returns for His Church, let us see if God gave us any clues as to why we can’t see Him, and explore the origin and necessity of faith.

The author has learned much from many of the world’s great Bible scholars, teachers and technical experts on a variety of topics over the last 25 years, carefully examining it all in light of the scriptures. God often gives individuals unique insights into His word that He may not reveal to others, and the author believes we are called to share those insights with the Church of Jesus Christ. He also has a powerful testimony wherein God dramatically delivered him from drug addiction and forever changed his life.