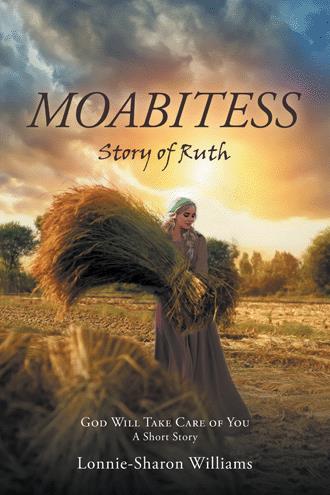 As Ruth worked behind a row of female gleaners, she overheard them gossiping, but chose to ignore them and silently work behind their row. “Who is she?” “Who? Oh, I never noticed her before.” “Ahhh, she’s the Moabitess who arrived with Naomi from Moab.” “Watch out, she’s not bad looking and your husband will soon be sniffing after her.” “Why did she come here to Bethlehem and not stay in Moab, her own country?” “After her husband died, she probably had no place to go.” “I heard she was somewhat wealthy in her own country and married one of Naomi’s two sons. The eldest I believe, but my husband said he died in Moab.” “I heard both sons died as well as their abba. More than likely there is no money, so she has to glean.” “Wealthy or not, look at her. She is no better than we are. Now she’s gleaning like a poor foreigner!” Laughter ensued as they mocked and gossiped, no longer whispering, knowing she could hear them. However, she continued to glean as if she did not overhear. Slowly Ruth allowed her steps to create a bit of distance between them and the other gleaners. The men had no problem, each vying for her attention as they tried to engage her in conversation. Acknowledging their greetings and aware of Naomi’s instructions, she continued to do her work silently and eventually they left her alone.

There are only four chapters in the Biblical Book of Ruth, but very little information is given as to why she decided to leave her own country of Moab and her Moabite gods to travel with her widowed Israelite mother-in-law, Naomi, to Bethlehem-Judah. She and her best friend Orpah married two Israelite men and their lives together are given attention in this book. Once well-to-do, Ruth was now considered poor and upon arriving in Bethlehem had to glean during the harvest to survive. Why did she decide to follow an Israelite woman who did not worship her own pagan gods, and later choose to embrace the one-God religion of a deity which had no form? In this story, Ruth is able to glean on land owned by Boaz, a handsome landowner and a romance ensues. Since God works in mysterious ways, the hand of Yahweh is shown in this fictional story of perseverance and gives insight into human and spiritual love. Key characters are Ruth and Orpah, Naomi, and Boaz.

LONNIE-SHARON WILLIAMS, the author, is a retired middle school teacher and Bible study facilitator. She enjoys Biblical history and has been writing short stories, children’s stories, skits and poems since childhood. Her first published work, “The Healings, Three Stories,” was showcased in 2013 at the International Christian Retail Show (ICRS) in St. Louis, the national Christian book display for booksellers. Since 2015 she has also showcased both “The Healings” and “Coming Home” at the Western Reserve Writers Conference as well as traveling the nation as a speaker. Her latest release, “Accused!” is already becoming a best seller. Her books can be found on the shelves in many midwestern libraries, and have also been focused in national magazines and newspapers. She enjoys reading her (unpublished) children’s stories at nursery schools and daycares “to see the response of the little ones,” she laughs. Ms. Williams resides in Cleveland, Ohio with her cat Leroy Jethro, where she enjoys Biblical history research, writing short stories, reading ‘whodunits’ and listening to all forms of music. She is the mother of one son, Robert, his wife Clare, and her amazing grandson, Daniel, who are her greatest admirers.