How Dr. King's Dream Became a Nightmare (volume 2, The Hijack) 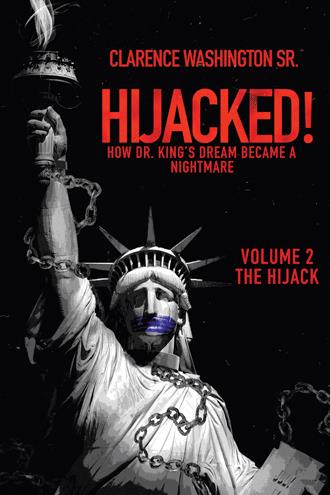 Dr. King’s Dream contains the goals that must be achieved and the methods that must be employed to fix what is wrong with America….There is the Dr. King that some people want him to be. And then there is the Dr. King who is what he is and was always that way. Don’t buy into the deceitful lies of those who have—Hijacked!—The Dream in their attempts to justify leaning on their own futile understanding. Swift social changes occurred before Dr. King’s death. However, after Dr. King’s death, lesser men occupied Black leadership positions. Men with lesser spiritual integrity arrived on the political and social scene of America to take Dr. King’s place. These men rose to leadership positions in the Black community accompanied by their conspiracies and hidden agendas of personal wealth, power, and a more radical approach or methodology for civil rights actions. They replaced the strict adherence to Dr. King’s Dream Methods with their own ideas about the methods that should be employed to make The Dream a reality. They tried to fix something that wasn’t broken and implemented their fix, in the name of Dr. King. And to this day they have not figured out what they are doing wrong or how they have Hijacked Dr. King’s Dream! You see, a dream that is received from God, as was the case with Dr. King’s Dream, does not change with time. Thus The Hijack started and snowballed out of control after Dr. King’s death, not yet to be recovered from….This is most troubling when I reflect on the large number of Christian churches that marinate the Black communities of Chicago and other cities around the nation. They claim to be following The Dream that Dr. King delineated for both Black communities and the nation in general. There are so many churches, so many Christian activist groups, so many social activist groups, so many laws have been passed, and so many social programs have been instituted “in the name of Dr. Martin Luther King” to make his dream a reality for Black people and our nation as a whole. But instead of The Dream becoming a reality—The Dream has become a nightmare for massive numbers of Black citizens of such cities as Chicago, St. Louis, Baltimore, Detroit, and Los Angeles. The murder rate, and particularly the Black-on-Black murders, is so bad for example in Chicago that the city has been given the name Chiraq! This relates the extremely high Black-on-Black murder rate in Chicago to that which once existed in the nation of Iraq when it was a war zone. During the first weekend of August, 2018, 73 people were wounded in Black neighborhoods on the west and south sides of Chicago, of which 12 people died. The following Monday in these same Black neighborhoods 16 people were wounded, of which 5 died…. The Dream is no good unless it is effectively implemented. And so The Dream and its implementation are the two sides of The Dream Coin—if you will. This means that you cannot separate one from the other. You cannot split the coin. It’s a unit. Therefore, when I talk about the content of The Dream, I am referring to the elements, the various aspects, or the goals of The Dream. But I am also referring to the methods or the actions and attitude that must be employed to make the goals of The Dream a reality…. So let me say again that no one—no person, no organization, no nation—can do God’s will their way without some serious negative or destructive consequences. Trying to accomplish Dr. King’s Dream Goals with methods that are not consistent with Dr. King’s Dream Methods will hijack the achievement of The Dream. This is the reason that the Holy Spirit motivated me to thoroughly describe and explain Dream Methods before I said very much about Dream Goals. So many people and organizations, both secular and religious, have done so many things in the name of The Dream or in the name of Dr. King, which have done nothing but Hijacked The Dream, thrown it off course and delayed it’s fulfilment. So the fulfillment of The Dream for many oppressed people is stuck in the dynamic forces of the two-steps-forward-two-steps-backwards cha-cha-cha, making tracks but getting nowhere. For this reason, Dr. King’s Dream should be spearheaded by spirit-filled believers and not by people that are Christian in name only—weak believers that are easily persuaded to go along with secular or humanistic ideas for implementing The Dream—or secular and political organizations with good sounding, inspirational names. For such people have a high probability of hijacking of The Dream for personal gain or power when they are in charge of implementing Dream Methods or interpreting Dream Goals. In summary of the above, clear biblical thinking must be used to implement The Dream and not the planning of secular and/or politically motivated organizations who claim to be established for the advantage of people who are seeking to make The Dream a reality in their lives. That dog will never hunt. That dog is a hijacker. Actions, decisions, and choices must originate from God’s Word. So think spiritually and stay biblical! You don’t need professional, secular, or political help that won’t submit to sound spiritual and biblical thinking…. This principle is exemplified in Acts 4:13–14 which tells you that it was not the formal education of Peter and John that made them powerful and effective for the glory of God. The text says that they were uneducated and untrained men. They were “unlettered” and “nonprofessional” men, if you will. It was the fact that Peter and John had been—with Jesus—that made them powerful and effective and drew the attention of the religious professionals. Thus, the implementation of The Dream must be directed by Christian believers who take their charge to be the spiritual and biblical salt of the earth and the light of the world seriously. 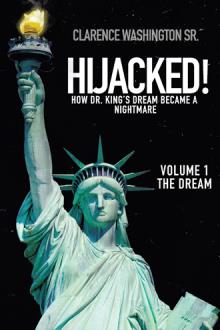 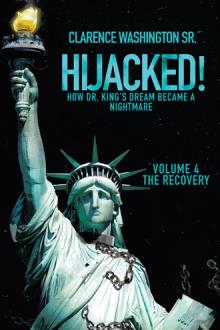 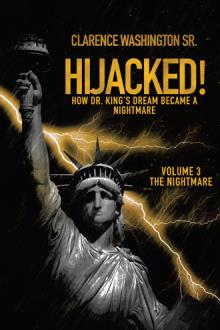 In this four volume series, Hijacked!: How Dr. King's Dream Became a Nightmare, author Clarence Washington Sr. dissects Dr. Martin Luther King's dream and explores how our failure to adhere to its principles has allowed the dream to be hijacked and turned to a nightmare—and it's time to wake up.

In the second volume of the Hijacked! collection, The Hijack, the author analyzes the various methods by which Dr. King's dream is being hijacked and demonstrates the fruitless, negative results that such methods are destined to impart to individual Americans and the nation as a whole.

This volume uncovers hidden agendas of the disciples of Saul Alinsky's rules for radicals, the disciples of James Cone's Black liberation theology, and the hidden agendas of other leftists and progressive elitists in America. The author reveals how their philosophically, biblically, and historically errant ideologies have pervaded the minds of desperate people of meager means, the softminded, and the easily deceived in our nation with belief systems that have enslaved instead of freeing them.

For the full dissection of Dr. King's dream and how our failure to adhere to its principles has led to a nightmare, explore the other volumes in Hijacked!: How Dr. King's Dream Became a Nightmare. Other volumes in this series focus on the dream, the nightmare, and how we can recover.

Clarence Washington Sr. is a graduate of Luther Rice Seminary, with a Bachelor of Arts in biblical studies, and has completed several graduate courses toward a Master of Arts. He also graduated from DeVry Institute of Technology in Chicago, Illinois (his hometown), and has thirty years of experience in engineering and science. He has served as the senior pastor of Abundant Life Community Church in Albuquerque, New Mexico, for more than twenty-two years. He is also the author of Tools for Effective Prayer: The Mechanics, Dynamics, and Contents of Prayer and Victory Every Day in Every Way: Kingdom Living According to Nehemiah the Governor.