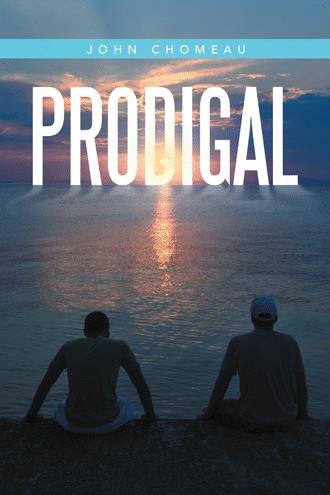 Some of us believe that we have experienced redemption after a life struggle or trial. In reality, we have not. It is only our pride being put back into place, and our ego feeding the lie that we have prevailed.

Matt Collins is an ambitious young man from Minnesota who longs to escape from the dull, dutiful life his father, Larry, and older brother, Steve, have built while attending church and running a successful group of car dealerships. He wants to go places, party with his friends, and have independence and freedom. After a tragedy near the end of his senior year, Matt prepares to go on a trip to Greece, a gift from his dad for graduation. But he plans to make an even bigger change and stay in Greece for good—with the help of his share of inheritance from his father. Once Matt arrives, he goes through a series of ups and downs, making bad decision after bad decision. Where else can he go, in the end, but back home to the unconditional love of his father? In this novel, a young man lives out a parable that Jesus Christ shared with his disciples. While Jesus was silent on the challenges the prodigal son faced after his decision to return to his father, those who have taken this journey know what really happens. Resolve to return to the Father brings unexpected and dangerous challenges. Through Matt’s eyes, Prodigal chronicles a cycle of pride, arrogance, deception, failure, humility, survival, resistance, and redemption.

John Chomeau is an executive in the health care industry. He has passions for leadership, ministry, and high-performance skiing, having committed twenty-five years of his life to coaching ski racers and the general public. He enjoys time with his wife and only son who both have a passion for ministry. John believes each person has a life-changing decision to make upon hearing the gospel and that the storytelling of Jesus Christ helps us understand the mystery of God the Father and his Son.