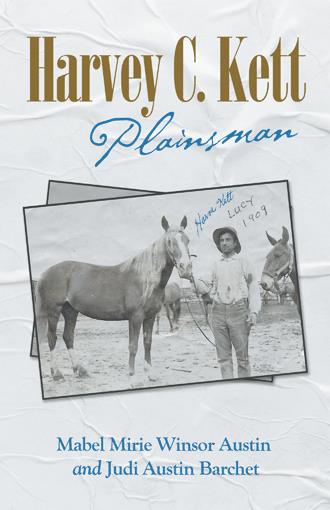 I was in my early teens and had lived on the plains of Colorado just long enough to have acquired some of the cattlemen's traits such as the cowboy boots, the spurs, and Stetson hat. Mother had also let me carry a gun after father died. To our northern folks I guess I looked plenty tough. The first day I attended school in Canada, I quickly got the reputation of being a tough one because Canadian boys did not resemble cowboys in any way. One day a schoolmate and I were talking about guns and I told him I had one at home. He asked if I would bring it to school. The next day I arrive complete with holster and pistol. I thought nothing of this for in the west it was a common sight. After all, I was the man of my family now that my father was gone. When we were all in the classroom, the boy asked if he could see the gun, so I handed it to him. He didn’t know that it was loaded and as he inspected the trigger, the sound of death ran through the classroom. In the teacher’s hysteria, even though no one was hurt, she picked me up by the “nap of the neck” and whipped me good in front of everyone. She informed me that it was against the law to bring a gun to school in Canada and even worse to have it loaded. That evening, the teacher visited my mother and said I must go to a reform school. Mother’s heart was broken. Mother and I talked into the night as to what we should do. I was only 15 years old. I told her I wanted to go back to the United States which was the only way I could get out of going to the reform school. Mother said she had fourteen dollars. I told her if she could give me twelve of it and some food, I would leave that night. I told her I would send for her and my sister, Carrie, as soon as I could get us a place. We agreed on this and she reluctantly kissed me goodbye. I headed for the United States, a place where all men are created equal. I knew there I would have an opportunity to prove myself. I walked for hours the first night. It was a lonely walk for I had the feeling that I was being followed. I passed several homes where I could perhaps have stayed all night, but they were large homes and I was afraid they would ask too many questions. It wasn’t my intent at all to bring any more heartache to my dear Mother. However, I was confident that I would someday prove my worth of her love and confidence. The first night I stopped at a small home and they let me chop wood for a bed in the barn. Early the next morning I was on my way again. The second evening I shall never forget because I stayed with a kind gentleman, who was a bachelor, by the name of Powell. If I knew where he was today, I would write to him and let him know my appreciation for his understanding, but I am sure he is dead by now. Mr. Powell gave me a good meal and bed. He asked me my name and I made one up. I said I was Harvey Newson, which was my mother’s maiden name. I didn’t like for him to ask questions. I felt that my life was at stake. Before I left, Mr. Powell sat close to me and gave me a good father-son talk. I think often of his words and they have had much influence in the shaping of my life. I hadn’t fooled him a bit. He was a wise old man. Indeed, he was a Christian. Even though I hadn’t told him that I was running away, he said to me: “Son, when I was a boy about your age, it seemed that life was mighty mean to me. I finally just up and ran away from home. Years later when I did go back my father and mother had died. I had never let them know where I was and such a nightmare it has been to me since that time. My advice to anyone who might be thinking of running away is to always keep in touch with the home folks.” His sermon went on into the night but, believe me, it helped! I have never forgotten Mr. Powell and his words of wisdom to this young lad. May God bless him!

Harvey C. Kett—who everyone called Harve—was a key figure in the development of Southeastern Colorado. In 1886, at age three, he travelled by train with his parents, brother, and sister from Massachusetts to the barren, wide open plains of Colorado, a land that would enchant him and capture his heart. He lived there most of his life as a cowboy, rancher, and politician. He helped shape the landscape both literally and figuratively. As he grew, he captured the stories of his life, the people he knew and the adventures he experienced. The vivid pictures were painted by a young man with little formal education, giving voice to a cowboy and plainsman who lived in a little-known corner of Colorado more than a hundred years ago. Written by his grandaughter and great-granddaughter, this book provides a detailed account of an overlooked plainsman, who along with his family, was among Colorado’s greatest pioneers.

Mabel Mirie Winsor Austin, the granddaughter of Harvey C. Kett, was born and raised in and near Springfield, Colorado. Her grandfather was an important, ever-present figure in her life. She is a daughter, wife, mother, and grandmother who enjoys time with family, bird watching, volunteering at the museum, and going to the symphony. She belongs to several book clubs. Judi Austin Barchet is the great-granddaughter of Harvey C. Kett and Mabel Mirie’s daughter. While she only knew her great-grandfather from stories passed down from one generation to the next, she has always had a remarkable respect for him. She enjoys making crafts and spending time with her dogs. She cherishes quiet summer evenings at home with her family in Littleton, Colorado.