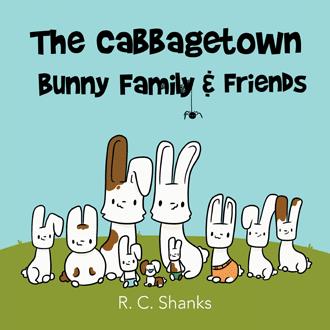 Claws, the hawk, was perched on a tree limb high above. He watched the triplets and he watched Ribbit and Chubby. Ribbit and Chubby continued to practice pitching and batting. They were having so much fun practicing carrot stick ball they forgot all about watching the triplets, Lefty, and his sisters, Mitzie and Bitsey, as their parents had instructed them to do. So, Claws decided, now was the time, to make his move. He set his sights on Leftie and started his swoop down toward the playpen. His plan was to zoom down with his big claws extended and pick up Leftey and carry him away. Claws was “very fast” and seldom ever missed his target. He thought “I am so fast no one will ever see me.” The triplets were busy playing and watching their big brothers. They did not know that Claws had been watching them and they did not see or hear him as he swooped down toward them. At that same moment Chubby pitched the ball to Ribbit and Ribbit hit the ball as hard as he had ever hit it. The ball went up, up, up and out, out, out. Then as the ball soared through the sky there was a big loud thud and lots of feathers floated down in the gentle breeze. The ball had hit Claws the hawk.

The authors ability to write these stories comes from his ability to tap into his “inner child” plus years of working in the floral business and making” very special”, floral/toy/candy arrangements for extremely sick children in the local Children’s hospital. Every chapter in the book tells a delightful story about a family of bunnies named Bobby, Betsey, Ribbit, Chubby, Lefty, Mitzie and Bitsey and their amusing escapades with other bunnies and animals. Each of which expand the readers imagination and insight into the world of different creatures. Each story teaches a moral lesson.

A grandfather that started writing stories to amuse, delight and teach his grandchildren and other children in the neighborhood.