In Praise of Sadhguru Sai 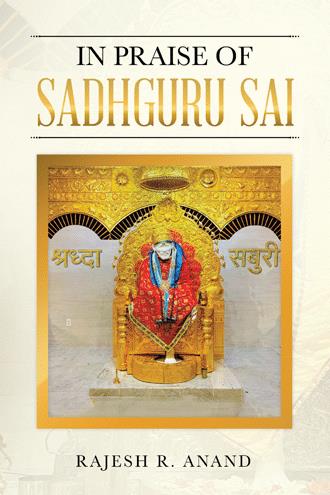 The book vividly describes about the Sadguru Shirdi Sai Baba. He was a wonderous Saint and was like a magnet who attracted his disciples even beyond Seven Seas. His Udi from ever burning fire in Dwarkamai works like a magic wand and save people from incurable maladies. The Udi had all powers of Sai Baba. It has cured the agonies and pains suffered by His innumerable devotees. Sai Baba said – Those who resort to this Dwarka Mai, shall never suffer anything in this life to the end of time. The one bow to Him with pure heart is sure to bless the person. The one who reads His leelas with respect and meditate on Him is led on the way of salvation. He is not an ordinary Saint. In fact, He is God Incarnate and Sat Chit Anand. Sadguru is one, the recitation of whose name only abate the consciousness of this world and give rise to the strong waves of devotion and love and whosoever dives, picks up precious jewels of knowledge. Such is the disposition of Sadguru that all thoughts and desires that prick us in this mundane existence are dissolved by His mere touch. His shrine is so pious and whosoever goes there with any wish will not come out empty hands. It also discusses as to how to cultivate Self-Realization and achieve the grace and glory of Al-mighty. Baba's stayed in Shirdi for more than 60 years. The life of Baba who is God Incarnate is as wide and deep as the ocean. The belief in simplicity was his greatest virtue. He never called himself God and always uttered "Allah Malik'' (God is the Savior). He lived a life of Fakir and mendicancy and called himself to be a servant of the God. Many personalities came to the Sai Darbar, some to test him or some to pay their obeisance but all were welcomed with the universal smile of Baba. Sai respected devotees' feelings and prayed for their welfare. The warmth of His darshan was such that even agitated and angry minds melted on seeing his form and became one with him. He was Pure Anand and always engrossed in divine ecstasy, His casual talks and behavior bestowed untold happiness on the devotees. He was Sat chit anand and nectar rained from His speech and stories. Such was the personality of the Sai Baba. Sadguru Mahima (Glory) is beyond our mind. It is very difficult to understand Him, unless He blesses us. He is Trinity – Brahma, Vishnu and Mahesh. Sai who is wish fulfilling tree, when He showers His blessings, the roads to success never takes turn and the disciples reaches his destination. Our mountain of sins is destroyed just on seeing His divine face. All our evil thoughts go away the moment we take refuge at his Feet. You would not know when He would bless you. Thus, Sadguru feet are roots of worship and liberation. He unfolds our blind eyes, ignorance, and darkness and guides us to our goals. When He is pleased or we qualify to receive his limitless mercy and compassion, Guru absolves us from the past sins and karmas and reveals true spiritual knowledge. In the process, God and devotee becomes one and devotee is free from the riddle of birth and death and attains The Supreme Being. So, our Sai, who is no other than Para Brahma, has obliged us in the form of human birth, let us hold his sacred and holy feet and sprinkle his dust to get the Enlightenment and deliverance from this mundane world. This world is beautiful. There are numerous attractions and temptation. Man runs after them and try to meet the sense objects. Though he derives pleasures in these sense objects; which is momentarily but gets overwhelmed in them. He loses his main object for which he has been sent to this world. It is only Sadguru which awakens and guides him towards devotion and liberation to gain the end and aim of life. What is needed to read and recite his stories to your benefit. It will be these stories which will make you ride on the spiritual ladder and help you immerse in pure and absolute consciousness. Like desire; attachment also predominate our life. They are the two sides of the same coin. In other words, if desire is the source; attachment is its outcome. They are inseparable from each other. According to Bhagwat Gita attachment originates from desires and from desires anger and anger leads to delusion or misconception. The deeper you go, the deeper you get attached to the worldly objects and loses your discrimination. As a result, you lose your rational thinking and get influenced by sense objects and forget the real purpose of life. We become too possessive of our things that binds us to this world. Thus, we think this world is the real world and fail to understand the real purpose of life. The concept of Bhakti or devotion to God is centuries old either as Saguni (devotion to divine with attributes) or Nirguni (devotion to divine without attributes). However, you worship or pray, the devotion to God dominated in all Sadhanas and prayers. There were never ever any celebrations without the religious scriptures being recited or offering to God or performing Yagna (Homam). The notion of Bhakti was deep rooted in the society and adored every man’s house. There are many ways to worship God. The focus of every worship is to actualize or feel the divine presence in our lives. Apart from feeling His presence, the chief purpose of worship is to remember Him for whatever He has done for us. Remembering God has a great significance in our life. It can easily change our both (mental and physical) attitude towards life. By constant remembering Him discrimination between real and unreal develops and His mercy dawn on us.

Shirdi Sai Baba was a great Saint of 19th Century. He was omniscient, omnipotent and All pervading. He had magic in His words and cured even incurable maladies by His words. The book dwells on His grace and glory on His disciples. It also highlights the importance of Guru and how to cultivate self-realization. He had such a power that nobody came empty hands from His shrine. The same experience is being felt even now and more than one hundred thousand people visit every day to seek His blessings. His ash from Dhuni (ever burning fire) is a gift to mankind and its mere application absolves them from all sins and illnesses. The author is visiting His shrine over 40 years and had myriad experiences and His blessings which is also covered in the book. The mere reading of this book will stand any one in good stead in life. A must-read book!

Rajesh R Anand (The author) born and raised in India (Delhi) and had education in Bachelor in Arts. He is closely associated with Shirdi Sai Baba and had read extensively on Him. He is greatly influenced and blessed by His teachings. On moving to USA, he formed Shirdi Sai Dham, Inc and launched various cultural programs and organized social events to muster funds for the organization and the cultural center. He worked for many years and finally built a beautiful temple in New Jersey. Now on further inspiration, the author sums up the Sai Baba philosophy, miracles and His grace in the book.