by Claire A. Patterson MEd 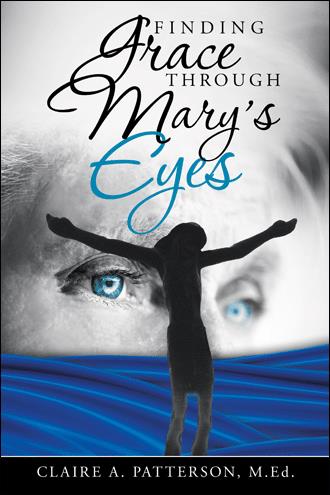 I continued to encourage Duke to travel to Medjugorje with me, but I informed him that I was prepared to go alone or with one of my CRHP sisters. He finally agreed to go, but only to protect me from getting lost or shot by a sniper. This time the trip was to be just the two of us, since our children were involved with their jobs. Duke still held onto some of the lessons of his youth; specifically, that when a person dies, they are asleep until the second coming of Christ. If I said something like, “I hope Mom sees this from heaven.” He would respond with, “You know I don’t believe she can see anything. No one is in heaven except God and some of the Old Testament prophets.” So, he couldn’t conceive of Mary being in heaven or able to visit the earth and talk to six children in Medjugorje. He thought Fatima and Lourdes were hoaxes also. He believed that the children were making up stories for money or attention. When I mentioned other phenomenon, such as rosaries turning gold and the sun spinning, he said that the rosaries were probably made in the village using a special metal, and that when rubbed, changed to a golden color. He was going only to keep me safe, and with many doubts about the authenticity of the events. He would not read any of the material I had, or in any other way prepare for the trip. He was a very stubborn man! I scheduled our trip for July 7 – 15, 2001, crossed my fingers and toes and prayed and prayed that Our Lord and Our Blessed Mother would touch him in a special way. I prayed that I would not experience any miracles. I wanted to be the one Jesus referred to as, “Blessed are those who have not seen but have believed.” I wanted all of the miracles to be given to Duke. I told Duke bits and pieces of the information I had read, but he was usually reticent to hear much. He did express two concerns about what I had shared with him, based on his knowledge of the Bible. I had mentioned that Mary comes to Medjugorje as the “Queen of Peace,” and as such, asks us to pray for peace. He stated that the Bible says there will never be peace on the earth, so why would she have us pray for that? His second concern was that Mary had asked us to consecrate ourselves and our children to her. Duke quoted John 14:6 when Jesus said, “No one comes to the Father except through Me,” and that it would be wrong to consecrate our hearts to Mary. I didn’t have an answer for him, but suggested that we ask a priest or visionary those questions when we got there. On July 3, 2001, four days before our scheduled departure, Duke took me outside on our deck after supper to talk. He asked me, for the first time, to tell him more about the visionaries. I was eager to tell him everything I knew about the six visionaries, and then I mentioned that there were also two locutionists. I began to describe what that meant, and he stopped me and said, “I had a dream last night.” He said that Mary had talked to him early that morning. Her first words to him were, “You’re so silly.” And then she laughed. He said he felt like a small child who was being teased and caressed by his loving mother. He said the peaceful feeling was the same as a baby would feel when drawn close to his mother’s heart. Mary told him that the words sometimes get mixed up when interpreters translate her messages. She meant that we should consecrate ourselves to God’s message. Mary said that she is just a human soul like we are and she is only here by God’s Will and Grace. Mary also said that she asks us to pray for peace to lessen the wars and hardships, but there will always be wars. She explained to him why peace is so important to each person, each family, each nation and the world. Mary told Duke that he had a good heart and Jesus is pleased with the way he took care of his children. She said he should open his heart to the Holy Spirit. Our Blessed Mother convinced him that what was happening in Medjugorje was real.

In 1986, author Claire A. Patterson watched a program about events occurring in Medjugorje. According to the reporter, the Blessed Mother had been appearing to six children in this small village in Yugoslavia since 1981. The idea of going to that special little village was planted in her heart and soul, and it persisted for years. Finally, in July 2001, Patterson’s dream came to fruition. In Finding Grace through Mary’s Eyes, she tells the conversion story of her and her husband, Duke. It relates the events of their lives before, during, and after their first pilgrimage to Medjugorje. Duke experienced inner locutions and apparitions from the Blessed Mother, Jesus, and other heavenly visitors. These happenings brought them both blessings and challenges. A companion book to Through Mary’s Eyes, this memoir chronicles the story about how Duke’s and Claire’s lives were changed through heavenly intervention.

Claire A. Patterson, M.Ed., is a retired educational administrator. She has taken many pilgrimages to Medjugorje, the Holy Land, France, Italy, and the United States. She and her husband, Duke were involved in worldwide Marriage Encounter for more than twenty years. Now, as a widow, Patterson is involved in the Cursillo Movement in Northern Kentucky. She attends mass and prays the rosary daily. She enjoys reading, traveling, and spending time with family and friends.